Bitcoin prices have been dropping during what is a period of volatility leading up to the bitcoin halving. This is when the emissions of new bitcoins will be halved. Let’s see what the charts are showing.

Also Read: Bitcoin Price Zig-Zagging Between $8000 and $10000 As the Market Takes Profit

Trends are testing $8000 support, during current zig-zagging distribution action which anticipates the next mining halving arrival in May 2020. Present sell-off professional anticipation could be explained if we consider that if it´s true that 70% of today´s Bitcoin in existence is saved in cold wallets. Meaning worldwide, negotiable coins being added to exchanges and street trading barely reaches 5 million coins. If that rumor is confirmed, available offers should barely be increased in about 3 months, when a huge demand will be needed to balance the global market to avoid a crack.

External factors like News, personal opinions from YouTubers and several financial reports, started stimulating the general mood to create demand and to gear Consensus to sustain the bullish mood, based in 2017´s highest peaks to be beaten, but Mass Psychology Analysis did never progress from the Hope phase to Optimism. To consolidate at $10000 as a new lateral axis level, values would step back to $8500. Thus helping the trend to gain strength by synchronizing prices with all development theories.

The trend could be exposed to stepping back below the current level, due to technical indicators that are going down to their bottom limits while values go lateral. Current strength-based on good news could disappear, leaving prices to drop to $8000. This is with a chance to bounce back to go up across the distribution area to overcome $10000 and stabilize beyond that objective in a future stage.

These days only external factors contribute to sustaining the trend if and when they are positive. Generating a lateral market but also helping the trend to fit into Elliott Wave Theory´s corrective, 2nd two-month movement. If so this confirms, when finished it would give way to some rise which would balance the halving´s now available offers.

Combining several development theories with the Japanese Candlestick fairy ideas: A Fibonacci re-tracement as the numbers back the crows to kick the soldiers down for a $2000 basis point correction. All while following Elliott Wave Theory. When the Soldiers arrive at $8000, they could re-organize to strike back from support and re-enter the imaginary battlefield.

For example, with the logistical advantage of technical indicators on their side to prevail against crows who held at $10000 and seems to be strong enough to control the action. On the other hand, some unrevealed external factors could sustain the market by a sideways movement while the trends wait on mathematical indicators.

Look for Bitcoin values along with other cryptocurrencies to maintain a volatile path while we get closer to the halving.

What do you think will happen to the bitcoin price? Share your predictions in the comments below.

If you find Ramiro’s analyses interesting or helpful, you can find out more about how he comes to his conclusions by checking out his primer book, the Manual de Análisis Técnico Aplicado a los Mercados Bursátiles.

The text covers the whole range of technical analysis concepts, from introductory to advanced and everything in between. To order, send an email to manua[email protected]

This technical analysis is meant for informational purposes only. Bitsonline is not responsible for any gains or losses incurred while trading bitcoin. 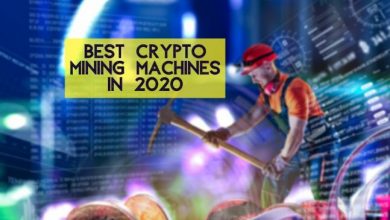