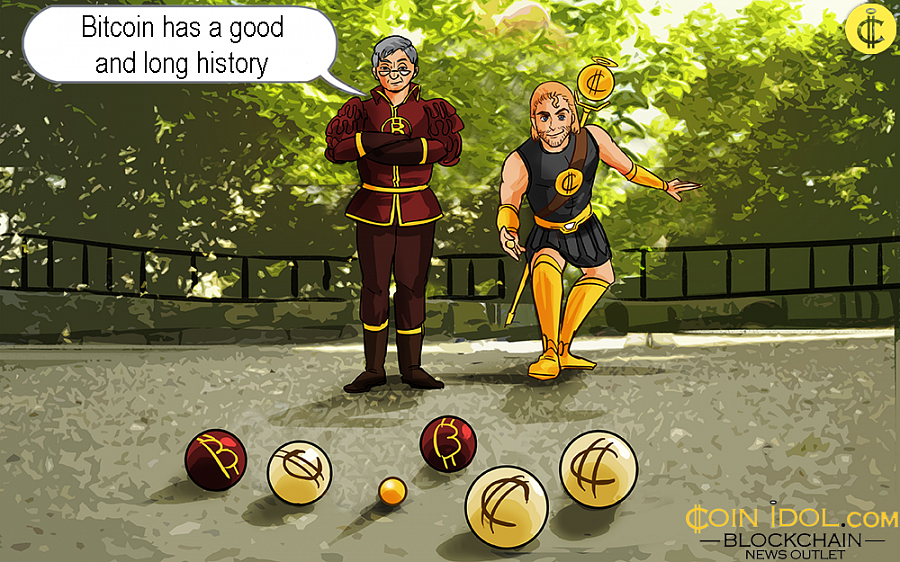 When Bitcoin started to be used as an alternative means of payment, it was looking like garbage in the eyes of the oblivious public. The flagship cryptocurrency was adjacent to a mediocrity especially in the first six months between 2009 and 2010, with a value above 13 cents. It was during the summer of 2010 when most people started to hear and get to know the importance of it. Most online and offline news platforms picked interest in it and started writing and researching about it.

By November, the prices were seen to skyrocket to hit around 36 cents and later declined to 29 cents. It was still in the summer of 2010 when we saw the coin being used in various acquisitions, for instance, Laszlo Hanyecz initiated a trade of 10k BTC in order to get 2 Papa John’s pizzas that were being valued at around $25 at the time.

The thing that contributed much on the skyrocketing of the price, was when the Forbes magazine published the first article related to Bitcoin, the original cryptocurrency. The value of BTC surged from 86 cents to around $9. Another story was released on June 1, by Gawker, talking about how it is gaining popularity at a very high momentum, and how it is being used to facilitate illicit activities including drug dealings, this report made BTC price to soar to $27, and the market value also hit around $130 million.

In 2011, the flagship coin traumatized the traditional monetary marketplaces and empowered internet businesses globally. Other cryptocurrencies started to emerge slowly and were sure to triumph. In January 2011, we saw some non-profit institutions including Electronic Frontier Foundation accepting BTC, however, the organization later halted accepting it in June the same year, claiming that the new currency lacked legal backing but it was far along upturned in May 2013. Wikileaks also began allowing BTC donations.

It was on June 13, when the first theft in the history of cryptocurrency took place. More than $375,000 was stolen by unidentified people, and from that moment a variety of cryptocurrency exchanges including Mt. Gox were seen being severely attacked. Hackers stole the names, emails and hashes of around 70,000 cryptocurrency users and this led to the ruin of value from $18 to 1 cent per coin. This was the prime Bitcoin cracks in history. However, the determined and strategic participants did not lose hope in digital assets. On July 22, we saw the first ever mobile application dubbed Bitcoin Mobile being rolled out, and later on the first Bitcoin conference happened in Prague, Czech Republic, Europe.

In 2012, the leading digital currency registered steady progress and was a main topic in the CBS legal drama “The Good Wife” in the “Bitcoin for Dummies” episode. The main blunder that took place this year, was that of over 50k stolen Bitcoin following a security upgrade in Linode, and this was said to be the largest Bitcoin break-in ever registered in the life of cryptocurrency. More than 1500 merchants counting WordPress began to be paid in the form of Bitcoin – as part of their payment allowance provision.

In 2013, Bitpay bumped into an astonishing growth by exceeding 10k transactions and the entire Bitcoin cap exceeded $1 billion. While people were still looking at Bitcoin, another system of mobile payment called M-Pesa was invented in East Africa, in a pilot designed to sprout groundbreaking outgoings in the globe’s second largest and second most-populous continent.

Nations including Thailand, China, Norway, etc., started claiming that Bitcoin lacked legal clarity and its trading was therefore illegal in these countries. Due to the continuous use of Bitcoin to trade illegal drugs, the FBI intervened and seized over 26k BTC from a popular website known as Silk Road and further arrested its owner identified as Ross William Ulbricht – a notorious US darknet market operator and narcotics traffickers. After that incidence, the price of BTC surged and costed more than $1k.

In 2014, Mt. Gox, a cryptocurrency exchanged based in Tokyo Japan officially filed for bankruptcy following the unsuspected hack that saw its users lose many millions of USD worth of bitcoins. One of the leading promoters of Bitcoin, Winklevoss twins also lost possessions when debate went begging. The Vice President of Bitcoin Foundation Charlie Shrem, was put behind bars after being suspected of money laundering. Bitcoin started to attract new giant partners including Microsoft, Newegg, Dell and others who began allowing users to Xbox games as well as buying Windows OS software.

In 2015, UK-based exchange Bitstamp, led by CEO Nejc Kodrič, revealed that it was going to be taken down as they examined the attack that resulted in over 19k BTC being stolen directly from their hot storage wallet. In November, Unicode Committee recognized BTC cryptocurrency symbol projected to be the future type of the Unicode Standard.

In 2016, developers concentrated on developing an effective market off BTC and the network speed was seen improving to 1 exahash per second. The Japanese cabinet approved Bitcoin as an alternative means of payment – just like how fiat currency works. There was a significant increase in the amount of Bitcoin automated teller machines (about 775 ATMs) across the universe. It is in the same year that other big companies such as Uber and Steam services embraced the use of BTC as a payment option.

In 2017, the price of Bitcoin was trading below $3k at the start of the year, it later skyrocketed to $10k, and by December 7, the token recorded its all-time high of over $20k. Most countries including Japan, Russia, Norway and others began to allow BTC as a legal-based transaction system. After trading this high, the coin started to plummet in value, regardless of its massive adoption globally. Bad actors also started using Tor browser to carry on their illicit activities like drugs.

2018 was another rough year in the life of
Bitcoin. The coin experienced a protracted bear market ever, to the extent that the coin reached to trade below $3.2k level. The entire cryptocurrency was in fear of what could happen next. They expected Bitcoin to trade higher than the $20k value, but they were surprised to see the coin plummet day-in-day-out. Because of this situation a massive number of users decided to sell off their digital currency before bankruptcy. A wide range of cryptocurrency exchanges also faced a lot of hackings from anonymous attackers, hence, made a lot of losses.

In 2019, the Bitcoin price started the year trading at about $3,700, surged to $13,796 on June 26, and is now
trading above $10k with a market cap of more than $191.29 billion and market dominance of 66.5%. We saw a New Zealand based digital asset exchange Cryptopia hacked twice in January, losing over $18 million worth of cryptocurrency. Other major hacks on exchanges include that of Coinmana in February, Bithumb and DragonEX in March, Binance in May, Bitrue and GateHub in June etc.

The government of Iran has turned to the use of Bitcoin in an attempt to circumvent the economic sanctions and trade embargo imposed on it by the US government. The erratic amount of vicissitudes brought by the Bitcoin circle has certainly left a significant mark for the next generations to consider and hem in the degree of impact cryptocurrency has introduced in our respective societies.

Bitcoin Looks Bullish, But Could This Action Turn Into a False Breakout? BTC Price Analysis

Italians to Travel with a Unique Blockchain Digital Identity