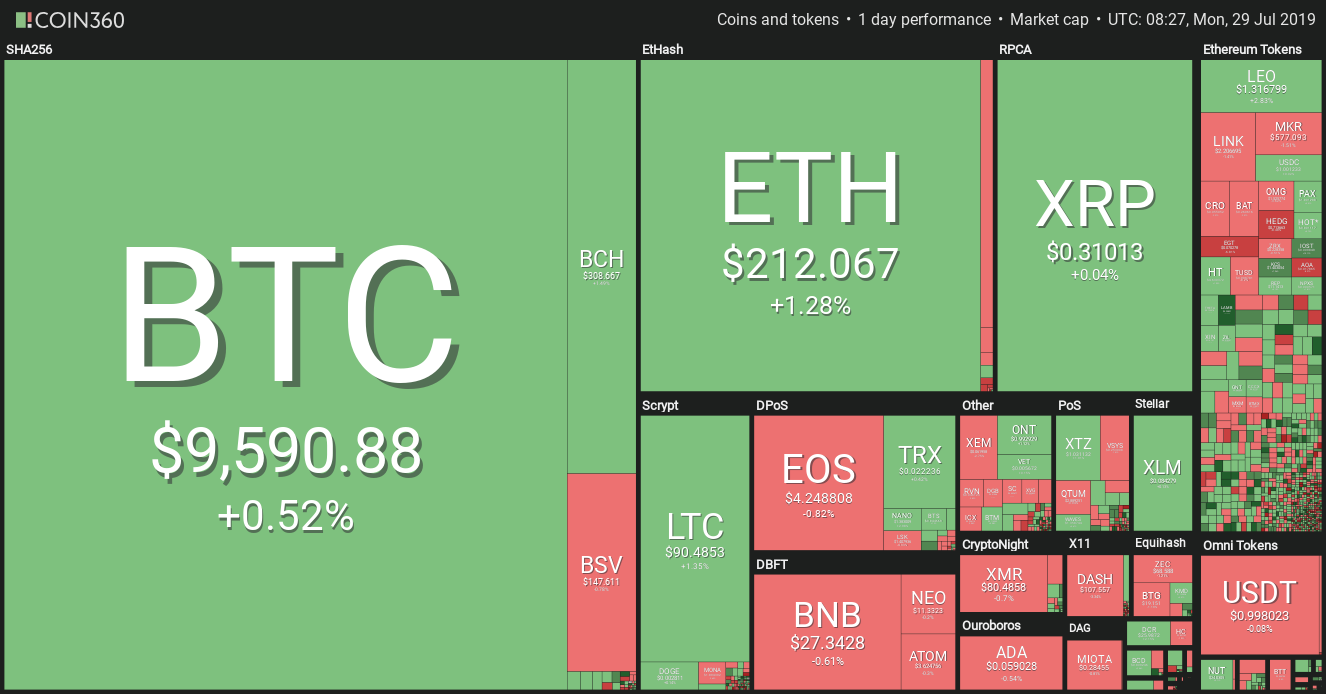 On the week, the coin’s losses are at around 7%, with monthly losses pushing 20%.

In light of Bitcoin’s sharp downward turn since its 2019 high of $13,739, Cointelegraph yesterday published an analysis piece covering experts’ still-bullish outlook for the asset in the medium term. Among factors under consideration are the coin’s technicals, current mining trends and Bitcoin’s 2020 halving, when mining rewards will be reduced by half. 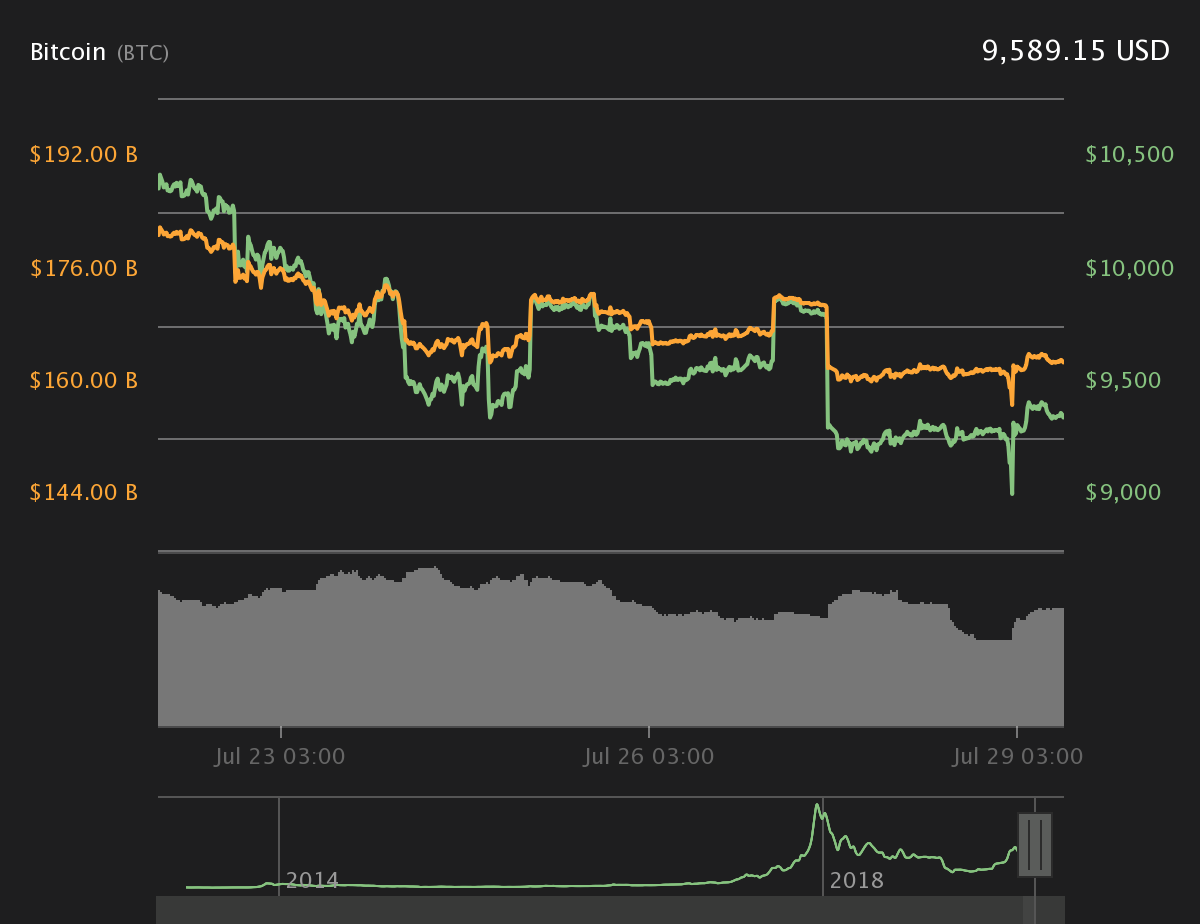 Top altcoin Ether (ETH) has posted a mild gain of close to 1.3% and is trading around $212 by press time. Mirroring Bitcoin, Ether dipped to as low as $201 during weekend trading hours. While Ether is seeing a slight 2.6% loss on its 7-day chart, the altcoin is down close to 35% on the month. 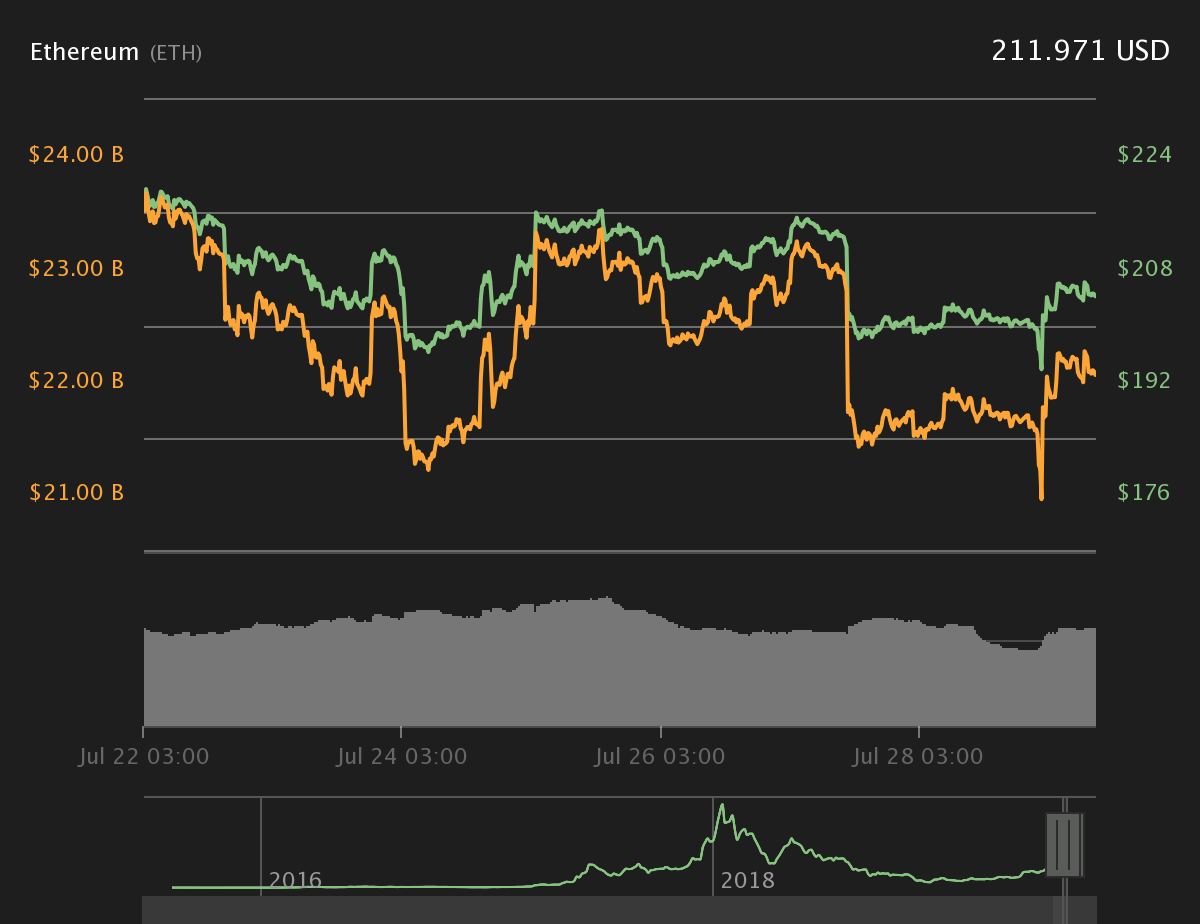 XRP is seeing negligible price change on the day, while its 7-day and 1-month charts are indicating losses of over 3% and 27% respectively.

Among the remaining top ten coins, the picture is checkered, with all percentage changes on the day capped within a 2% change both red and green. EOS, Bitcoin SV (BSV), Stellar (XLM) and Binance Coin (BNB) are all in the red — with BSV reporting the largest loss, of just 1.7%.

Widening out to the top twenty, the charts remain a mixed bag, with only slight fluctuations again capped below 2% either way.

Total market capitalization for all cryptocurrencies is around $260.4 billion at press time, according to Coin360 data.

As reported earlier today, blockchain payments network Ripple has penned an open letter to United States regulators ahead of fresh hearings on cryptocurrency regulation this week, arguing that the country should develop an approach“ that does not disadvantage U.S. companies and classify cryptocurrencies “in a way that recognizes their fundamental differences — not painting them with a broad brush.”

The Iranian government has meanwhile followed through on the country’s Economic Commission’s move to authorize cryptocurrency mining as an industrial activity, in what some have interpreted as being potentially the first step towards the domestic legalization of cryptocurrencies.