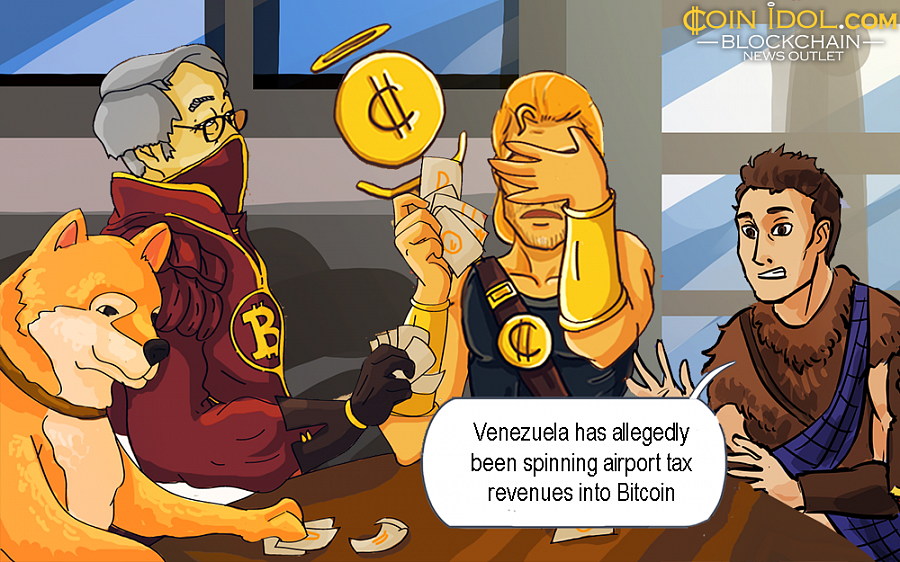 The government of Venezuela has allegedly been spinning airport tax revenues into Bitcoin (BTC) and virtual currency to sidestep international sanctions. From the research made by a Spanish newspaper ABC, the President of Venezuela Nicolas Maduro plus his working admin are allegedly exploiting a virtual currency wallet application to spin tax revenue into popular digital assets, and then traded on cryptocurrency exchanges in different countries including China, Iran, Hungary, Russia, etc.

When the digital assets are traded (sold off) on these particular cryptocurrency exchanges, the money are purportedly transferred back to Venezuela. In this matter therefore, the structure is trying to help the country circumvent international and US sanctions which have been preventing the country to get foreign currency and taking part in open and free international trade with other countries.

Blockchain is the Way to Go

As per the ABC newspaper, all the tax revenue collected at the one of the eventful International Airport in Venezuela called Maiquetia International Airport (IAIM), located nearby the Caracas, is gathered using an automated network which uses Jetman Pay app to directly spin it into digital currency.

The newsprint further adds that the planes have been landing on the IAIM to transport the traditional currencies and use it to buy fuel. The nation’s state-owned oil & gas firm Petróleos de Venezuela, is using the aforementioned computer application to settle taxes.

So far, the arrangement has been operational from February of the previous year (one and a half years now). In an effort to bypass the imposed economic sanctions, the government is now planning to increase the use of this app by entering into contracts with other airports.

Venezuela has been trying everything possible to recover its economy. They even reached the extent of creating their own cryptocurrency that is backed by the oil called Petro. However, the President of the United States Donald Trump
asked the American citizens not to associate in any way with Petro. To increase the use and adoption of Petro, the Venezuelan government ordered all its citizens wanting to process
passports, to make payments using Petro not the national fiat currency bolivar.