After failing to reclaim the $11,000 threshold yesterday, Bitcoin (BTC) prices have dropped again to four figures.

After the biggest cryptocurrency rapidly dropped $700 in minutes earlier today, the bearish movement continued as Bitcoin dipped below the $10,000 price mark. 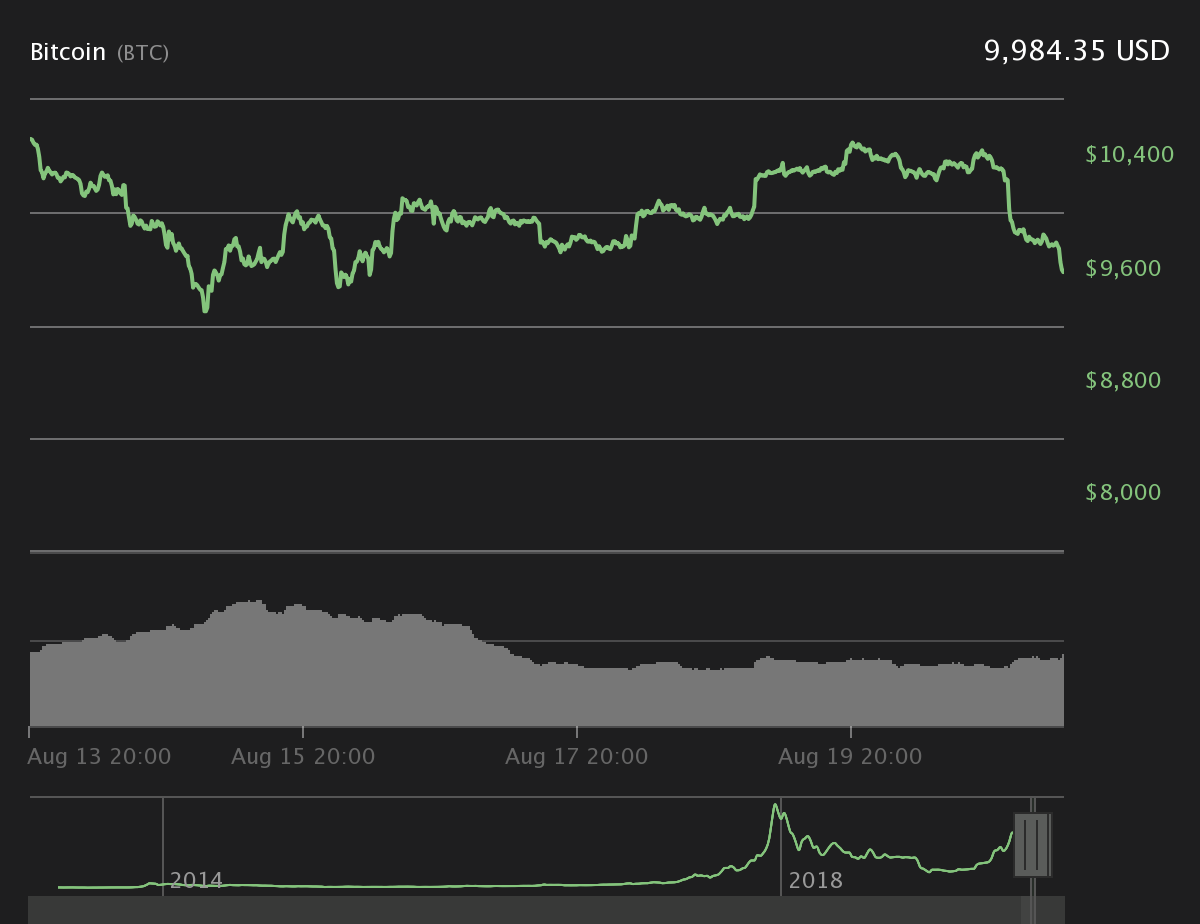 The latest drop below $10,000 level is one of many that have occurred over the past 30 days, with Bitcoin hovering around this threshold since mid-August. In fact, this will potentially be the fifth time that BTC will test the critical support level at about $9,300 — a level that has proven resilient since mid-June.

Bitcoin first dropped to about $9,700 on Aug. 15. Although it reclaimed $10,000 later that day, it then slipped to about $9,800. Bitcoin trader Jacob Canfield calls the latest drop under $10K a “pretty classic rising wedge that hit resistance.”

Despite prices struggling to stay above $10,000, Bitcoin fundamentals have been continuously improving. On Aug. 19, the Bitcoin network hash rate broke another record, hitting 82.5 trillion hashes per second. Bitcoin’s dominance has also been growing over the past month, reaching 69% at the time of publication, according to data from CoinMarketCap.