Paper money today is a marginal part of the currency in circulation and represents a direct relationship between the end user and the central bank. Its use is, however, unknown to the central bank; in a certain sense, it can therefore be said that like cryptocurrencies, cash can be used for illicit purposes. Central banks could start the process of digitizing paper money and thus create their own digital currency. Such a solution would have the great advantage of combating the shadow economy and illegal activities, and could be a viable alternative to corporate-backed digital currencies like Libra.

The amount of cash circulating in the world is around 10% of the total money supply [the author derived this calculation using information from individual central banks]. De facto, cash represents a direct and untraceable relationship between the end user and the central bank. In many ways, the cash in circulation is similar to crypto: Central banks and regulatory institutions are not aware of what you do with cash — unless you run into Anti-Money Laundering policies, exactly as it happens when you exit the banking system and move toward the cryptocurrencies markets. With crypto, the transactions are recorded on blockchains, which are encrypted accounting ledgers. However, tracking an operation in crypto assets is like searching for the contents of a safety deposit box without knowing the bank, the address and without having the key. 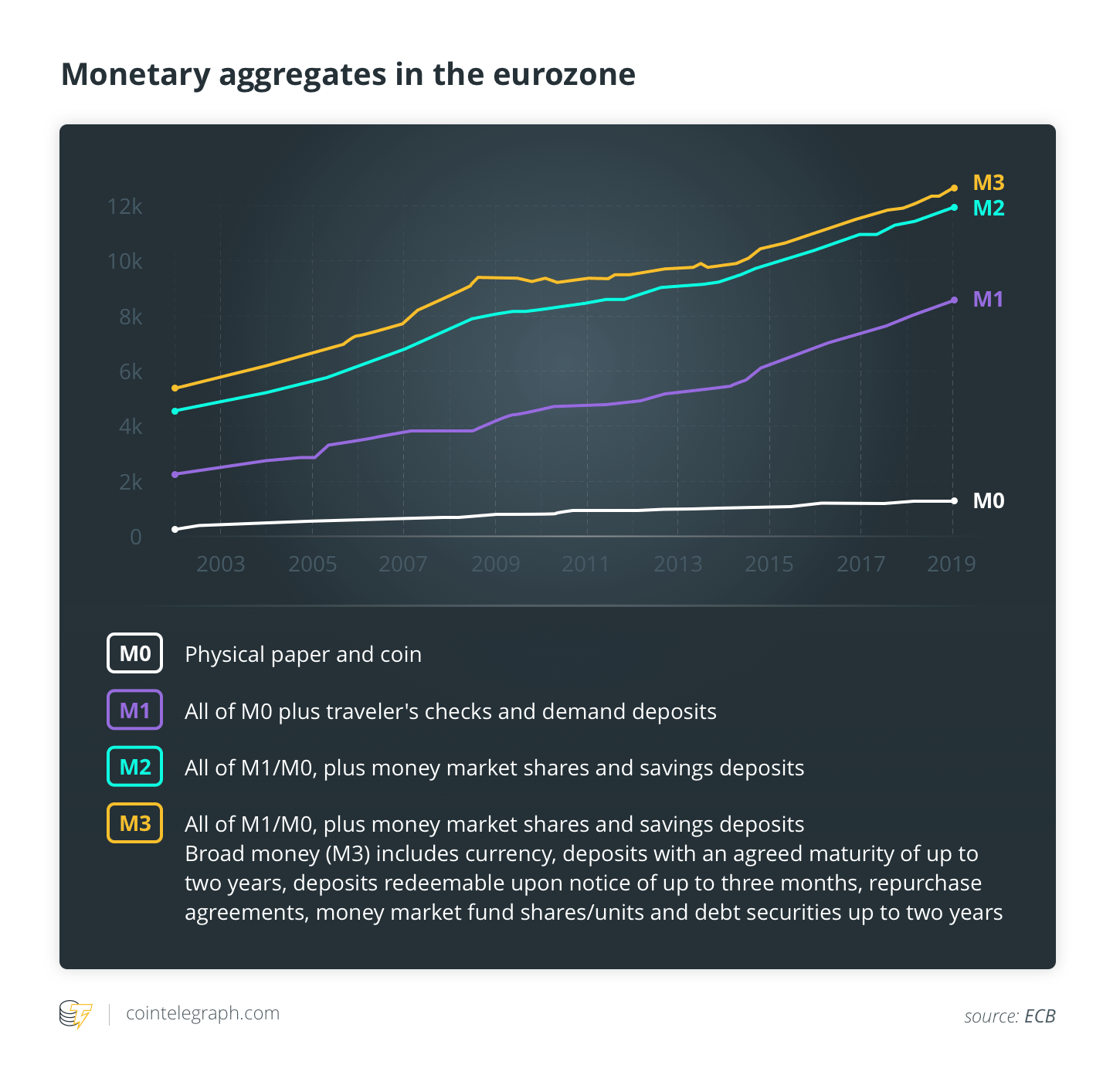 In the crypto world, a series of regulatory provisions have arguably failed. The United States Treasury — followed by other countries — has established a taxation of the capital gains on crypto assets held on exchanges without obtaining significant revenues, possibly because many decided not to provide information that is encrypted. Back in September 2017, Chinese monetary authorities banned operations concerning crypto assets in order to control capital flight, when the People’s Bank of China (PBoC) forbid financial transfers from the banking system to cryptocurrency exchanges. However, in this case as well — likely due to the same reason highlighted in the U.S. case — it seems as though the PBoC could not reach its goal.

Nevertheless, a trackable nonencrypted digital currency would be desirable from the perspective of regulators eager to fight the shadow economy.

Digital currency as an alternative?

A fresh approach is needed, starting from the regulatory framework, such as deciding whether a cryptocurrency is a real currency or a simple financial asset. So far, the wait-and-see approach of the authorities — who are worried about rapid changes in the financial system — has only delayed the entry of institutional investors into the field, given the difficulty of establishing a reliable accounting framework.

Banks would in fact probably be bypassed, or else be forced to change their business model.  Instead of collecting money indiscriminately through deposits, they should specialize in raising funds for selected investments based on risk and the ability to actually remunerate capital.

Thinking of prohibitions or restrictive regulations, especially on a national basis, is anachronistic. We need to take the first step on that 10% of “crypto” cash in circulation and gradually transform part of it into a transparent digital currency backed by the government or the central bank. For example, citizens in the eurozone could use a digital wallet with digital euros that can be managed via a smartphone, all without the need to open a bank account.

A central bank could also offer its digital currency to other currency areas (under a conventional agreement) through foreign reserves and/or with liquidity swaps: For example, the European Central Bank could offer digital dollars as the U.S. Federal Reserve could offer digital euros. Even a eurozone member state could intervene by digitizing the physical currency. Also in this case, the government could offer digital services to all the residents of the eurozone through specific conventions, as well as outside the borders of the eurozone. This would be a solution with positive impacts on the fight against the underground economy in addition to the benefits of discontinuing lower denominated coins both in terms of the cost of minting and of the dispersion of use.

These solutions should then be followed by greater coordination among central banks, perhaps initially by using the Special Drawing Rights (SDR) of the International Monetary Fund as a guarantee, whose development has remained limited due to some international conventions relating to air or sea transport. 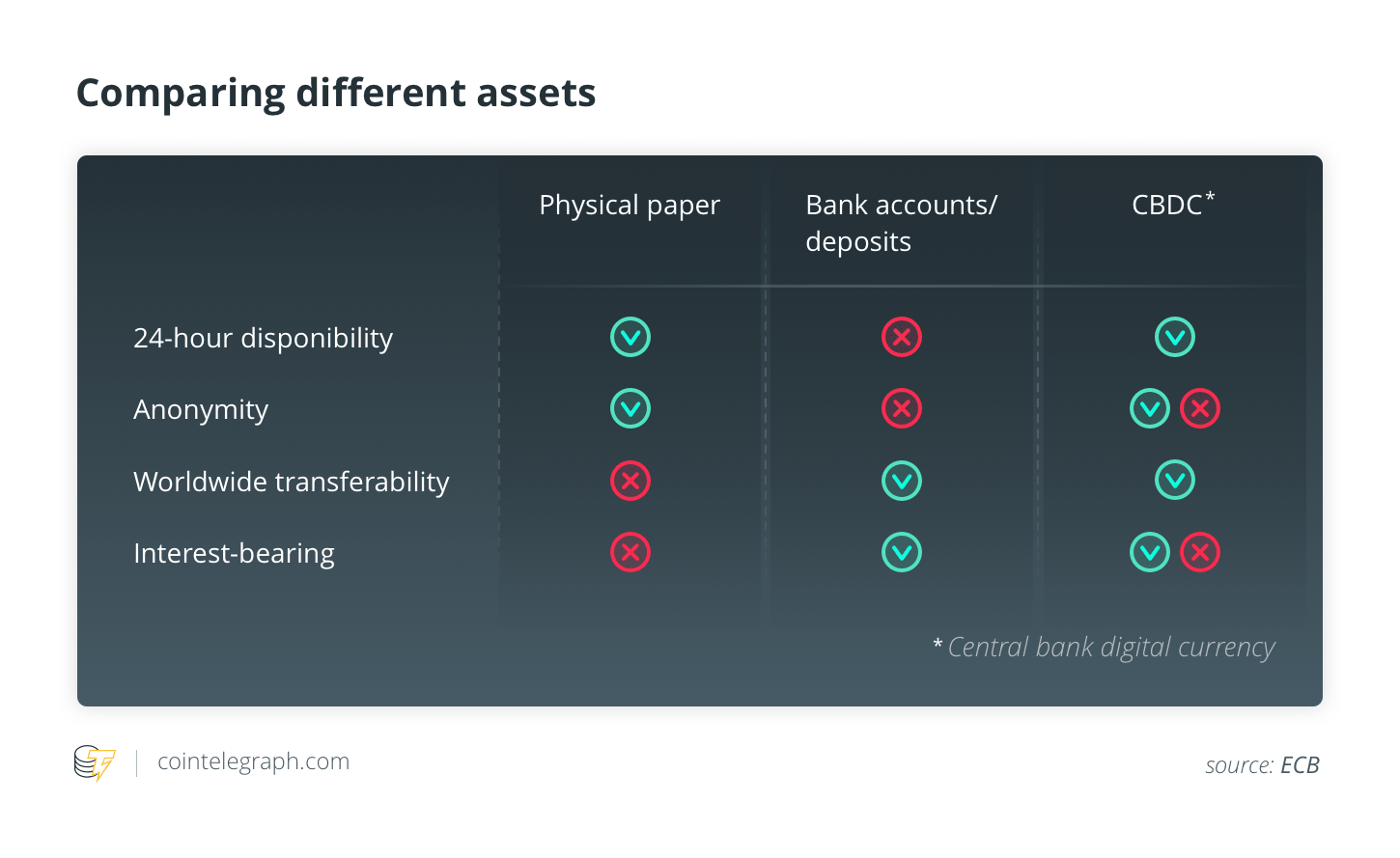 In short, blockchain technology and digital currencies — considered today to be a risk by central bankers, supervisors and anti-fraud authorities — could be an opportunity to relaunch the migration of the SDR’s monetary architecture similar to the supranational currency “bancor,” conceptualized by the economist John Maynard Keynes. Like the bancor, a CBDC would be a global currency and therefore be able to effectively reduce the reduce the instability of payments with simple rules on the management of surpluses and deficits of the various states. However, unlike the bancor, it would be digital, transparent and traceable down to the details of each individual transaction.

After the WorldWideWeb revolution, we would have a new global monetary system, held together by the WorldWideDigitalCoin. Are we sure that Libra will be a problem at this point?

The views, thoughts and opinions expressed here are the author’s alone and do not necessarily reflect or represent the views and opinions of Cointelegraph.

Marcello Minenna is the director of the quantitative analysis and financial innovation unit in Consob (Italian Companies and Exchange Commission) — an authority of the Italian government responsible for regulating the Italian securities market — as well as an adjunct professor of stochastic finance at the London Graduate School of Mathematical Finance and at Luigi Bocconi University of Milan. He is an economic and financial columnist featured in leading Italian and international publications.