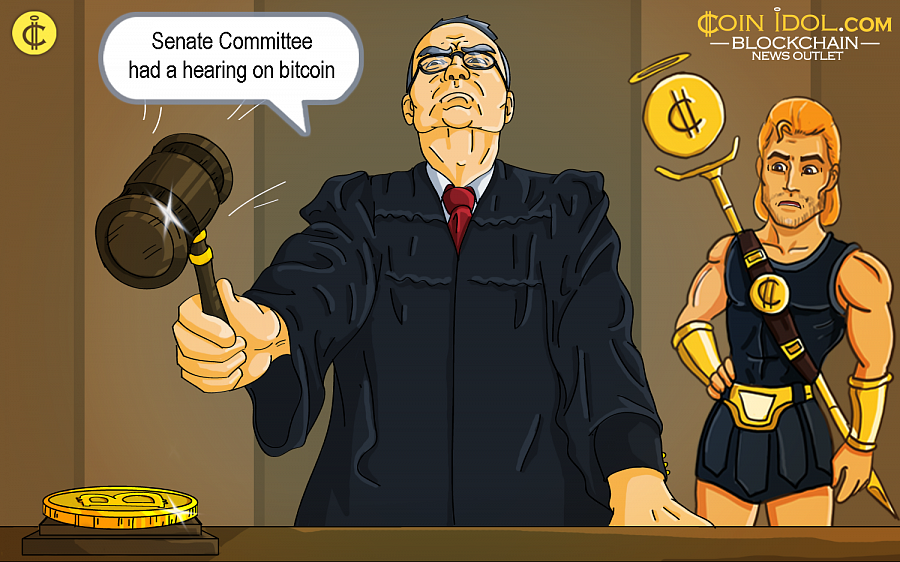 Recently, the United States Senate Committee on Banking Affairs had a hearing on bitcoin, cryptocurrency and blockchain regulation and appreciated the thrilling difficulties in effecting a cryptoasset ban.

This comes at a time when several governments are calling for blanket bans for cryptocurrencies, others calling for more hearings and some saying that digital assets should be left to operate normally like any other medium of exchange. According to the US Senate Banking Committee, the
hearings will positively change the future of blockchain and cryptocurrency, if at all the proposed recommendations and regulations are well applied.

The chairman of the banking committee, Mike Crapo revealed that if the US financial authorities were to make a final decision, then they wouldn’t like the ban of cryptocurrency to occur in the country. Crapo believes that the US won’t ban the use of Bitcoin and other cryptocurrencies due to the fact that this is a potential worldwide innovation.

The Decentralized Nature of Bitcoin is a Major Threat to Governments

One of the challenges that the cryptocurrency community is facing is that these digital assets are really just a bit of open-source software. Cryptocurrencies exist on the internet making them to be open-source and this enables any individual with internet access to use or implement it anywhere, anytime, and these poses a financial policy where they are actually analytically produced.

This makes it a big challenge that every country globally is seeing, they find it difficult to trace transactions made using cryptocurrencies and how these digital assets are being used. Remember, bitcoin and other cryptoassets reach where internet reaches and they move at the speed of internet.

The decentralized bitcoin has helped users to conduct out various payments minus any centralized authority interfering and preventing them. However, due to the volatile nature of bitcoin and other altcoins, some financial experts have been promoting the use credit cards rather than cryptocurrencies when buying goods and services.