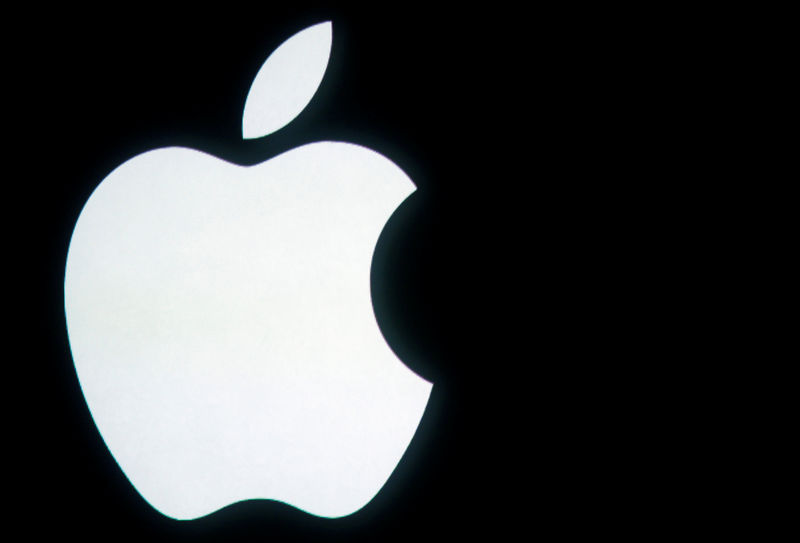 © Reuters. FILE PHOTO: The Apple logo is displayed onstage before a product unveiling event at Apple headquarters in Cupertino

(Reuters) – The Apple Inc (O:) credit card being launched with Goldman Sachs Group Inc (N:) will not allow the purchase of cryptocurrencies with the card, according to a customer agreement posted to Goldman’s website on Friday.

The Apple Card customer agreement said the card cannot be used to purchase cash advances or cash equivalents that include cryptocurrencies, casino gaming chips, race track wagers or lottery tickets. Goldman declined to comment and Apple did not immediately respond to request for comment.

The Apple Card is part of a broader effort by Apple to derive more of its revenue from services after years of heavily reliance on iPhone sales, which declined 12% in the most recent quarter.

For Goldman’s part, the Apple partnership is part of the longtime investment bank’s effort to build out a consumer-facing business.

Apple and Goldman are not alone in banning the purchase of cryptocurrency such as with credit cards. Major American and British banks Lloyds Banking Group Plc (L:) and Virgin Money (LON:)

Algorand Shoots to The Moon And Possibly Further