Craig Wright, who has long got a negative reputation in the crypto community is knocking other projects and their representatives again. At the same time, he was involved in forging documents in the past. The user of Twitter under the nickname SeekingSatoshi decided to study the activities and persona of Wright in more detail and has found interesting data.

Has Craig Wright ever been proven guilty for the backdating or forging documents in the past?

Yes! In 2014 he was caught, admitted to, and fined by the Australian Taxation Office for the offence of backdating business records.

Sorry Craig, no wriggle room this time, its a fact. pic.twitter.com/sPiKJbfCZi

Wright has got a reputation for the most controversial figure in the industry. He constantly pushing everyone who does not like his young and controversial cryptocurrency Bitcoin SV. Besides, he tried to convince everyone of his involvement in the personality of the mysterious Satoshi Nakamoto more than once. According to the data, Wright was exposed and fined by the Australian Tax Office in 2014 for falsifying documents.

It is not surprising that such an unreasonable and rude crypto figure gathered around himself a long list of enemies. But this is a relatively small developing industry. At the same time, the hash war between Bitcoin Cash and Bitcoin SV visually demonstrated the world that crypto enthusiasts can’t get a consensus among themselves on where they should be until the mass adoption of cryptocurrencies. All this puts the cryptocurrency ecosystem in a bad light.

This time, Wright posted a blog the claims to Ethereum and Binance, whose representatives also consider him a fraud. For a long time, Roger Ver was the absolute leader in Wright’s list of enemies.

The Supreme Court of London refused to consider the claim for the protection of honor and dignity, which Craig Wright filed against Roger Ver. The court did not see sufficient grounds for proceedings in the British jurisdiction, nor did they find the alleged damage.

Also, the confrontation between Craig Wright and the CEO of Binance, by which Bitcoin SV was delisted from this largest crypto exchange, should not be surprising. A fresh quote to Changpeng was as follows.

Ethereum Is Among Projects Which Get It Hot

Wright has remembered Vitalik Buterin at the end of his post. In his opinion, Ethereum and the entire ICO boom are just a huge Ponzi scheme.

Buterin is responsible for creating the largest network of Ponzi schemes. ICOs collected billions of dollars from naive and careless people.

At the same time, Wright is not the only one who wants to seize the glory of the true creator of Bitcoin. Moreover, the real creator of the cryptocurrency was even offered a million dollars if it was released.
But think for yourself, what is a million dollars for Satoshi, if according to unconfirmed reports he has more than a million BTC at his disposal? In our cryptocurrency of millionaires, there is still a lot of other useful information.

END_OF_DOCUMENT_TOKEN_TO_BE_REPLACED 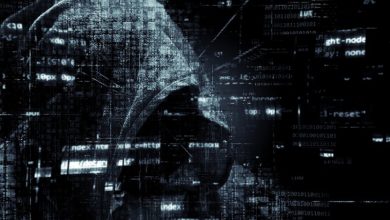