Looks like that Basic Attention Token (BAT) has started the rebound higher after bouncing at the $0.20 support level earlier in the month to rise to where it currently trades at around $0.2382. The cryptocurrency had started to ascend during February and April this year until it reached a peak of $0.46 and got rejected.

BAT has since struggled after reversing and has recently broken beneath a long term symmetrical triangle. However, there are some bullish signs against BTC for a possible reversal.

The cryptocurrency is ranked in the 35th position amongst the top crypto projects as it holds a $303 million market cap value. 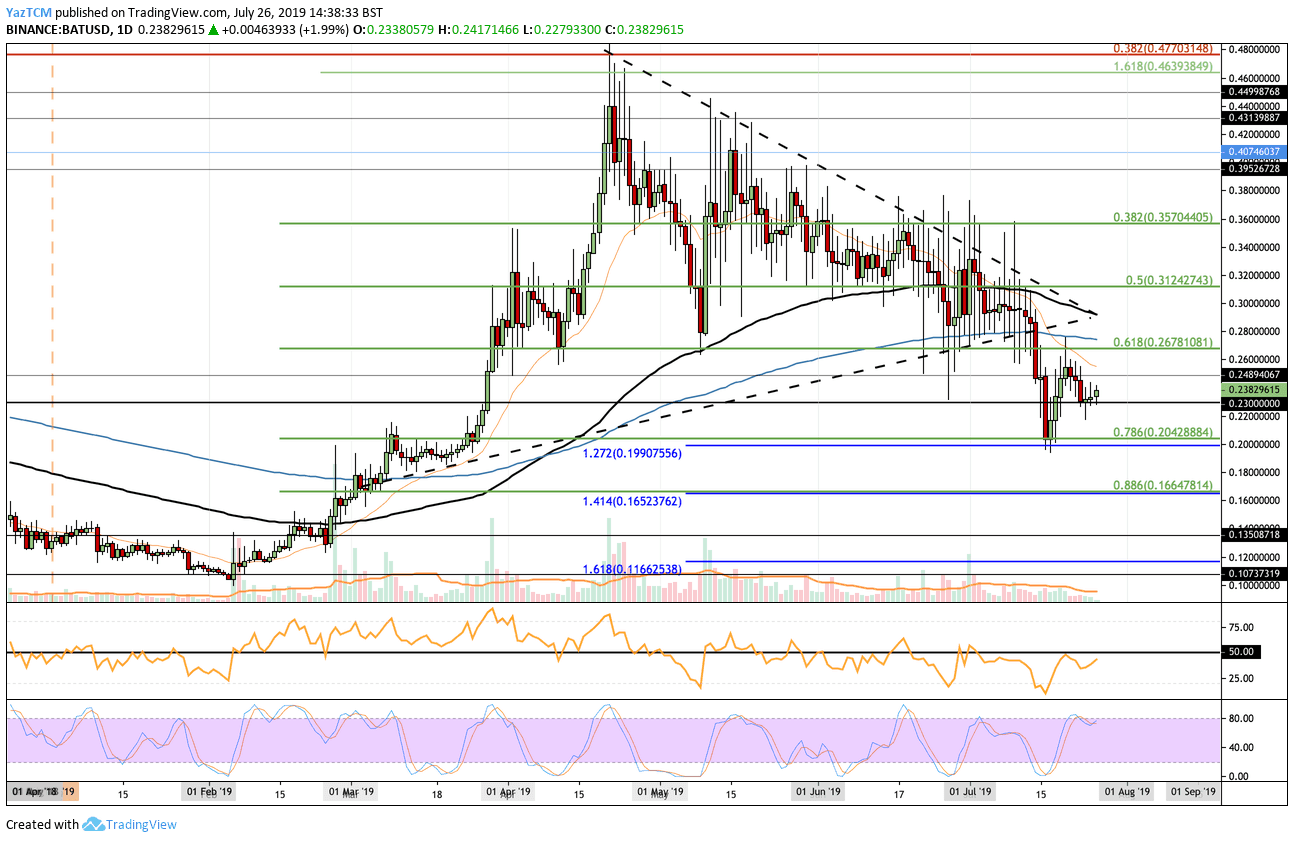 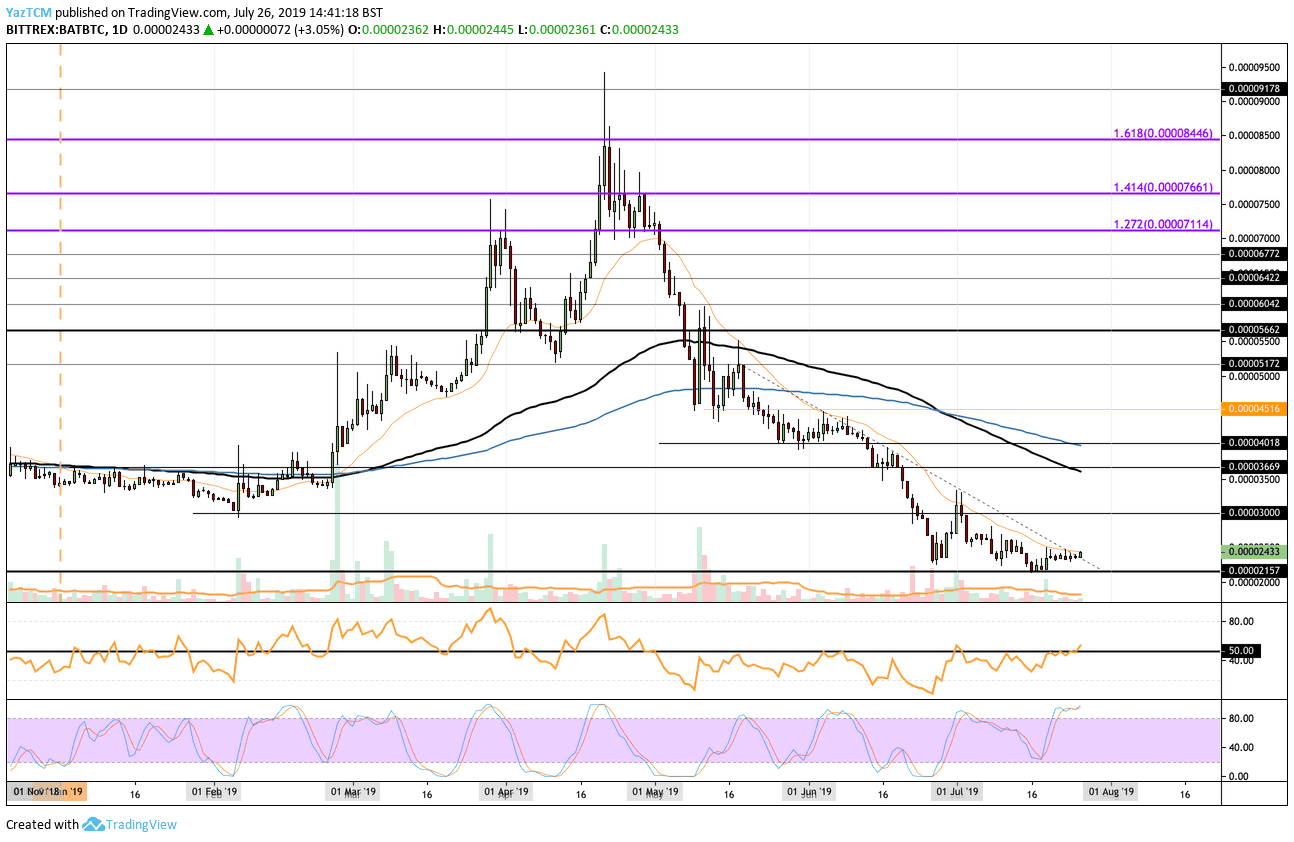 Bitcoin Steady But Fragile: Will The Volatile Weekend Plunge BTC Price To $8,500?