A new study found that 83% of American investors would consider a preliminary investment in Bitcoin, as the asset gains traction among an ever more mainstream audience.

‘Me and you and everyone we know’

According to the 2019 Investor Study published by digital asset management fund Grayscale Investments this month, the demographics, attitudes and beliefs of Bitcoin (BTC) investors overlap considerably with those of the traditional investor. 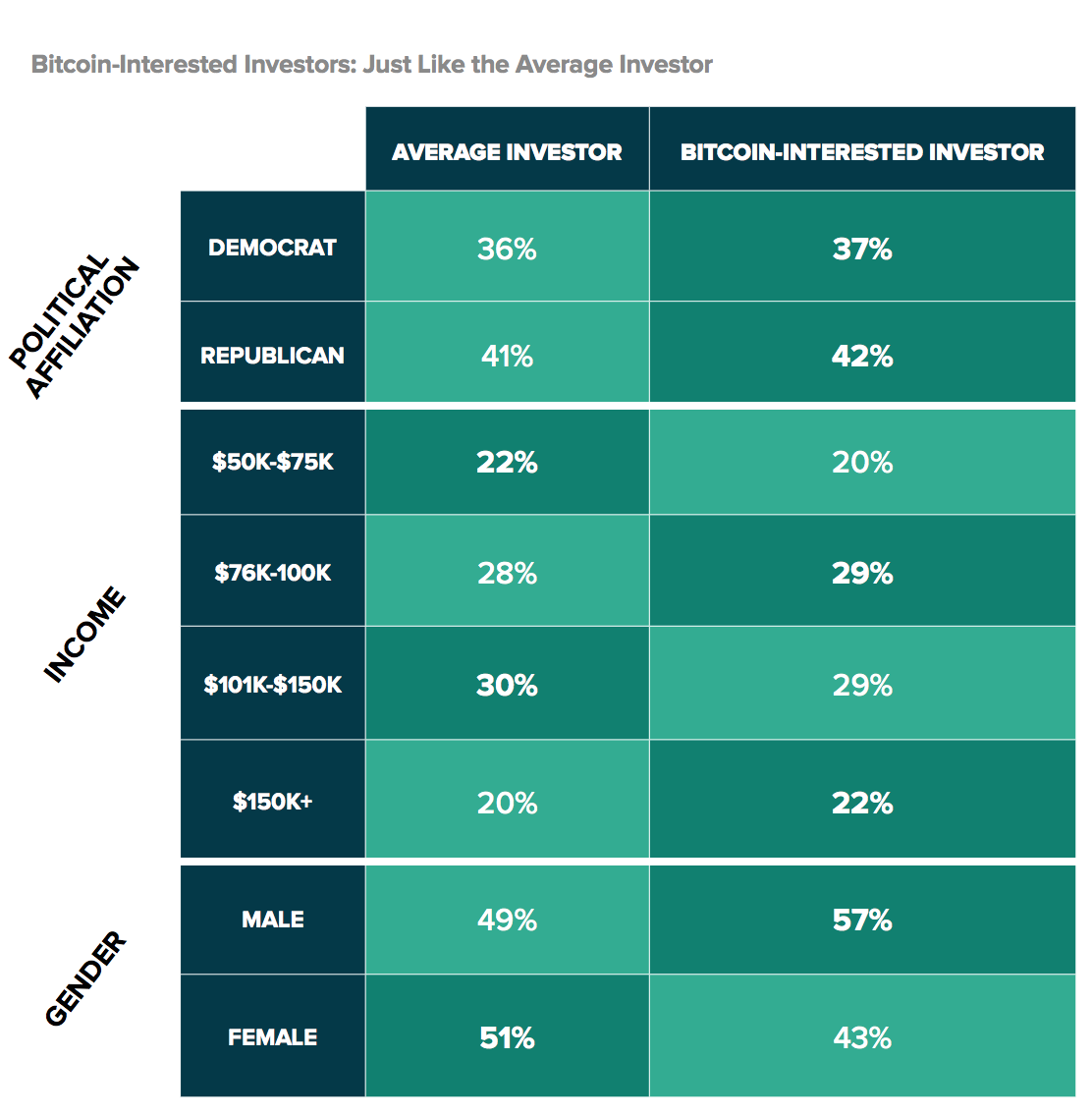 While Bitcoin investors may be slightly more experienced and risk-tolerant than the so-called average investor, their political views, income levels and professions bear a close resemblance to the profiles of a broader pool of surveyed investors, the report reveals.

Moreover, the view that millennials are embracing crypto more readily than previous generations could be overstated, with Grayscale finding that the average Bitcoin investor is 42 — versus 45 for all investors. As an overall trend, the report notes that:

“Bitcoin has […] has expanded its reach to a broad mainstream audience […] Increasingly, savvy investors recognize that Bitcoin […] may have unique investment characteristics that provide diversification far beyond the basic 60% stock/40% bond portfolio allocation.”

To illustrate the potential pay-off of such diversification, Grayscale cites in-house research indicating that between September 2013 and June 2019, “adding just 5% in Bitcoin to a simulated Global 60/40 portfolio more than doubled cumulative returns from 41.9% to 90.9%.”

While 36% of investors would consider an investment in Bitcoin of any allocation, a still-higher figure of 83% out of the 1,100 surveyed respondents revealed they were strongly motivated by the prospect of dipping their toes into crypto with a small investment in Bitcoin.

This implies monitoring its returns and then adding to their positions in future. Additionally, 79% of respondents said they were bullish on Bitcoin’s growth potential.

Given Bitcoin’s moniker as digital gold, Grayscale also investigated the overlap between investors in both assets, finding that among Bitcoin investors, interest in physical gold was markedly higher than for the average investor. For example, 69% of BTC investors see gold as a good investment (versus 55% of all investors), with 65% saying they “definitely” or “probably” would invest in gold (versus 51% of the general pool).

A vast majority (89%) of respondents said that better educational resources would increase the likelihood of their investing in Bitcoin.

As recently reported, a fresh survey from CivicScience has revealed that just 2% of Americans trust Facebook’s Libra more than Bitcoin.

John McAfee Back in Jail Hours After Release in Dominican Republic

Abra Restricts Americans From Holding EOS and 4 Other Altcoins