Litecoin is feeling the burn from billionaire Mike Novogratz.

Novogratz: Bitcoin Is Better Than Litecoin

The former Goldman Sachs partner and Fortress hedge fund manager is not anti-crypto. Far from it. In fact, his reasons for attacking Litecoin have to do with him liking bitcoin so much. He is advising all investors – whether they’re into cryptocurrencies or not – to purchase bitcoin, saying it’s the next big thing the market has to offer.

Novogratz’s comments come at a rather inopportune time, however. Litecoin recently underwent a solid rally that took it to nearly $100 in just a few days. The currency was trading for $80, then ultimately shot up to $87 and $90 respectively.

And for all we know, $100 is still right around the corner, though it has thus far failed to push beyond present resistance levels.

Still, the billionaire remains unconvinced. In a rather savage tweet, Novogratz slammed the brainchild of creator Charlie Lee, saying it was “overvalued.” He commented:

Naturally, Lee didn’t take too kindly to Novogratz insulting his “baby.” Within minutes of Novogratz posting his message, Lee fired back at the billionaire entrepreneur, commenting:

Litecoin’s recent rally is in line with bitcoin and the rest of its crypto cousins. Bitcoin experienced a massive jump last Tuesday that saw the currency spike beyond the $5,000 mark, which it hadn’t done since late 2018. Other currencies, like Ethereum, saw their prices spike along with bitcoin’s. Ether tokens were trading for roughly $174 each, while Ripple’s XRP stepped in at just under 60 cents.

Other currencies, like Stellar Lumens (XLM), saw gains of roughly four or five percent, which were nonetheless impressive, but didn’t quite compare with the gains of bitcoin and other mainstream cryptocurrencies.

Litecoin was among the currencies to see massive spikes, though at the time of writing, resistance seems to have gotten the better of it. After a rise to $90, the currency dropped by three dollars and has been trapped at $87 ever since. This is still stronger than the $50 – $60 positions we have been witnessing since early 2019, though enthusiasts are expecting more. 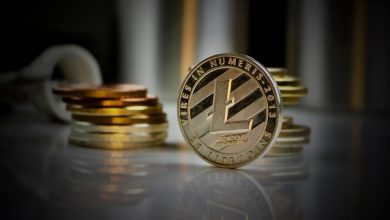 Litecoin and Its Potentially Slipping Power