All but one coin are in green this week, which is the exact opposite from the last week’s situation. That one red coin is litecoin (LTC), but its drop is so small – just 0.2% – that it had no effect on its sentscore.

However, among the green coins, two major facts stand out: ethereum (ETH) has the highest coin on the list, higher than bitcoin (BTC)‘s, for the second week in a row, and it has surpassed the score of 7, while bitcoin remains below that sentscore, on the second place.

Three other coins have scores above 6, placing them in the positive zone, these being tether (USDT), uniswap (UNI), and cardano (ADA). Tether had previously struggled for weeks to break through the sentscore of 5.

Among the green coins, ADA is the week’s winner, seeing its sentscore increase by 14%. In comparison, the second-placed ETH is up almost 6%.

The 24-hour sentscore for the top 10 coins is higher than it was last Monday as well: 6.38 compared to 5.48. Furthermore, an interesting ‘stand-off’ is currently taking place, with both BTC and ETH having scores of 7.2. While most coins are red today, for many of these the falls are so small that they don’t affect their scores, and that includes the first two coins on the list. BNB’s score dropped the most (6%), followed by USDT’s (5.5%). On the other hand, among the three increases, the highest one is UNI’s 2%. That said, seven coins are in the positive zone, while BNB, USDT, and XRP stand close to it (5.8-5.9).

Daily Bitcoin sentscore change in the past month:

Only nine coins have dropped over the past seven days among the 25 other coins also rated by Omenics. This is in contrast to the nearly entirely red picture a week ago. The largest drop in sentscore is that of ontology (ONT), 12%. QTUM is in the second place, with a decrease of 8%. Meanwhile, the highest increase is 21% by AAVE, followed by 11% recorded by cosmos (ATOM). Five coins are in the positive zone, two more than last week: monero (XMR), algorand (ALGO), compound (COMP), ATOM, and AAVE. Four coins, one more than last Monday, are also below the score of 5.

Omenics measures the market sentiment by calculating the sentscore, which aggregates the sentiment from news, social media, technical analysis, viral trends, and coin fundamentals-based upon their proprietary algorithms.
As their website explains, “Omenics aggregates trending news articles and viral social media posts into an all-in-one data platform, where you can also analyze content sentiment,” later adding, “Omenics combines the 2 sentiment indicators from news and social media with 3 additional verticals for technical analysis, coin fundamentals, and buzz, resulting in the sentscore which reports a general outlook for each coin.” For now, they are rating 35 cryptocurrencies. 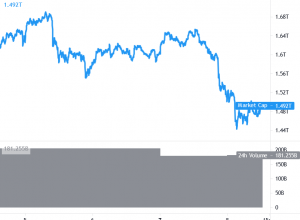 Bitcoin, Ethereum and Altcoins at Risk of Further Losses 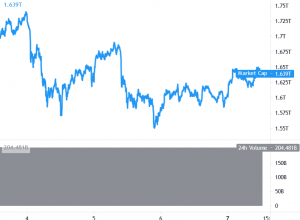 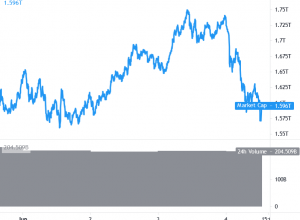 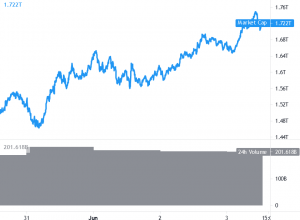