Bitcoin (BTC) once again showed that it is indirectly correlated to macroeconomic factors that can move the stock market, and, in turn, affect the price of the most popular cryptocurrency that is often touted as an independent asset class.

“If we think about it though, bitcoin wasn’t reacting to the [Federal Reserve] at all. It was reacting to the stock market,” QuantumEconomics.io founder Mati Greenspan said in his latest newsletter.

He went on to explain the reasoning behind this statement.

On March 4, Federal Reserve Chair Jerome Powell commented that economic reopening is likely to cause inflation, which he claims will be temporary – to which the market reacted negatively, with stocks dropping and Treasury yields jumping. The S&P 500 stock index dropped 1.34%, the Dow Jones Industrial Average fell 1.1%, and Nasdaq’s down 2.11%.

Greenspan said that “no matter how temporary the Fed may think that inflation will be, its sudden change in narrative from “we don’t see it coming” to “yeah, it’s coming but will probably not last long” is not at all reassuring.”

BTC seemed to be reacting as well, said Greenspan, declining in the face of higher inflation, contrary to a popular narrative, according to which higher inflation means people should be buying hard assets that are limited in supply – including BTC, gold, and land.

The analyst said that “it’s imperative to point out that the move in bitcoin following the Fed’s comments was actually pretty small. While adding that there’s a time correlation between the Fed’s statement and the BTC move, he noted that BTC is up since the start of 2021, when it stood at around USD 29,000.

But the bond markets are “bearing the brunt of the selling” following the Fed’s comments, according to Greenspan.

“As of March 2020, when the pandemic first hit the financial markets, bitcoin discovered a strong correlation with risk assets like the pop-stocks for the very first time. […] So when we see those stocks selling off, it almost seems natural that crypto would come down a bit too.”

I don’t understand why crypto is tied to equity market.

Crypto was suppose to liberate people from this shitty financial system, but now it seems connected.

We all know it’s equity markets that are dragging us down. So either stocks bounce today when the market opens and… https://t.co/FSDTpmxWhd

Meanwhile, Founder and ex-CEO of BitMEX, Arthur Hayes, wrote Thursday that “everybody knows” the inflation is coming. According to him, the cryptocurrency complex, led by bitcoin, is the best hedge against hyperinflation as it exists outside of the mainstream financial system.

That said, asset values, crypto included, could get crushed if policymakers “try to avoid the end game of hyperinflation, which has historically always been war and/or revolution, they will raise policy rates to push real interest rates into positive territory,” said Hayes.

“Build a portfolio of long crypto plus long interest rate volatility. Walk away and watch the fireworks,” he added.

But Yet Paulsen, Chief Investment Officer for Leuthold Group, is quoted by Reuters as saying that what he likes about BTC is “its correlation to stocks and other assets is extraordinarily independent.”

The thought of an asset class that behaves differently from stocks or bonds is “leaving portfolio and wealth managers scrambling [to] own cryptocurrencies if they can,” according to the report. However, many advisors unable to own bitcoin for their clients until they can hold it in an exchange-traded fund or mutual fund, which could increase institutional money flow and push the cryptoasset class higher.

There is also an argument to be made that bitcoin’s recent popularity among large companies, which are moving to purchase millions and, sometimes, billions of dollars worth of the world’s first crypto, may influence its correlation with the stocks as well.

“What happens to #bitcoin’s low correlation to the S&P 500 when those companies eventually hold it on their balance sheet?”
– said one of my @pepperdine students today

Per crypto data firm CryptoQuant‘s CEO Ki Young Ju, institutions are still accumulating bitcoin. Chainalysis Chief Economist Philip Gradwell observed the price levels that previously attracted investors’ demand and might do so again. He found that “recent and rapacious willingness to buy at this price level likely puts a floor on the bitcoin price of at least [USD 35,000].”

Meanwhile, Crypto-TA.nl founder Crypto Ed commented that BTC’s drop wasn’t caused by weakness. “We have seen the messages of BTC inflow to exchanges from miners,” he said. “Meanwhile, some happy buyers […] and Coinbase custody wallets are not selling either.”
____
Learn more:
– Undetected Inflation: Your Fiat Money Devalues Faster Than You Think
– Crypto in 2021: Bitcoin To Ride The Same Wave Of Macroeconomic Problems
– Don’t Blame Bitcoin Miners For Price Dips, Says Analyst
– Three Developments For Bitcoin According to Citi
– Bitcoin Rally Might Be Back To ‘Normal’ by April or ‘Sooner’ – Pantera’s CIO
– This Is Why Old Models Don’t Work With Bitcoin According to Raoul Pal
– Bitcoin Is a Sideshow & a Poor Hedge, but It’s Mainstream – JPMorgan
– Bitcoin Snowball Is Expected To Hit More Institutions in 2021
– A Wave of Giants Rushing to Invest in Bitcoin Could Derail the Stock Market

Crypto Fever Back in South Korea, Average USD 7B Per Day Transacted 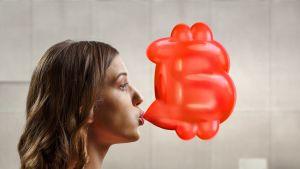 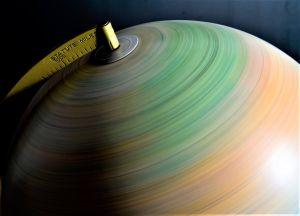 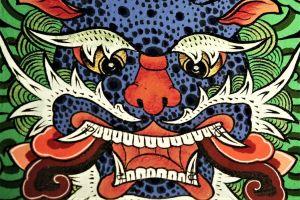 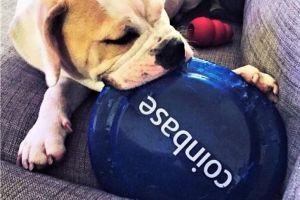