The crypto.tickets project team are purposed to revolutionize ticket sales by uniting the entire entertainment industry under its ecosystem.

The crypto.tickets project is carried out by the Tickets Cloud team, which in 2014 presented a platform that integrates event organizers and ticket sellers on one exact  online website. Thanks to the diverse experience of all members, the team managed to create a product that dramatically changes the process of ticket sales and allows the organizer of events to confine themselves to Tickets Cloud service.

Currently, the company’s monthly revenue is $2 million, it  grew up to  more than 500%  from 2015 to 2016 The project itself collected more than $ 1.6 million in three years of its beginning.At the moment, more than 950 contracts have been concluded with the organizers and more than 850 thousand tickets have been sold. Also what deserves to be mentioned is that in 2017 Tickets Cloud became the first company in the world, on which  technology base the trading platform Aliexpress started to sell event tickets.

The crypto.tickets team asserts itself as a unique project that will forever change the approach to selling tickets in the sphere of mass events by transferring all processes to its own blockchain-ecosystem.

Today, the market for selling and distributing tickets is facing some problems, such as:

― Forgeries and frauds.  Swindlers shamelessly use the fact that the customers are not able to verify ticket authenticity , so they do not hesitate to forge and sell them to trustful customers.

― Price-gouging. Most tickets of popular events are automatically bought up by the bots in the first minutes after the  sales start. The purpose is to resell them three times more expensive than the actual price.

― Complexity of buying process. In order to buy a ticket, the customer needs to make a large number of body movements: to visit various sites, to explore their rating, to check ticket availability and compare prices on each of them, which is not very convenient.

―  Incomplite ticket sale of mass events. The current quota arrangement  does not allow the promoter to work with a large number of distribution channels, which obstruct to sell out all tickets for the event.

The crypto.tickets project contemplates to solve all these problems and provide mutually beneficial relations for all market participants.

Tickets Wallet greatly simplifies tickets´ manipulation for the user. All interactions between him and organizer  are regulated by the smart contract of the event and the rules established before the tickets went on sale. A smart contract provides the following options:

The ticket can be paid in two ways: Tokens TKT and fiat currency. In the latter case, automatic conversion is performed. After purchase, the smart contract sends a crypto-ticket to a unique wallet. On attending an event, the user shows the QR code of the ticket which is scanned, and the security system make records that the ticket is redeemed, and after this it is no longer possible to transfer or resell it.

The crypto.tickets project releases its own token (TKT), which has a limited emission with zero inflation.  Token meets the widespread standard ERC20, it will be released in cooperation with Phenom, operating a smart contract written in Solidity language.

During the ICO, maximum $23 million will be raised. Tokens can be purchased with such  currencies as Bitcoin (BTC), BitcoinCash (BCC), Litecoin (LTC) and Ethereum (ETH). In the case of a collection of $23 million, 914,869,281 tokens will be issued.

Tokens will be distributed as follows:

After the launch of the ICO ,  tokens will be traded on only one platform – Exscudo. In the future, the market is planned to expand, but so far specific plans are not voiced.

Now the project team provides technical support in Russian and English to users in their groups in Telegram . Support is also provided on the crypto.tickets website, but there is likely not to get the answer, although it is stated that the operator “usually answers within 30 minutes.” Apparently, in this phrase the emphasis is put on “usually.”

The project is pretty well covered in social networks – on Facebook it  has 5000 followers and 8200 on Twitter.

The estimated amount of general charges of $23 million is not eye-watering according to modern standards, but by the time this article was written, only 3% of tokens were sold.

The advantage of the project is the availability of the ready Ticket Cloud product and the developed application on Google Play and  App Store.

In general, the project seems promising. However, at the moment it has several competitors with a similar idea, such as Aventus and Blocktix, which are approximately at the same stage of development. 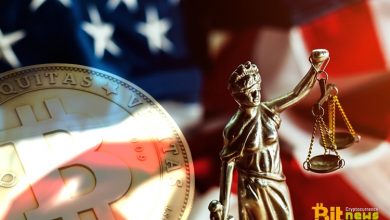 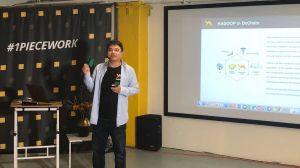