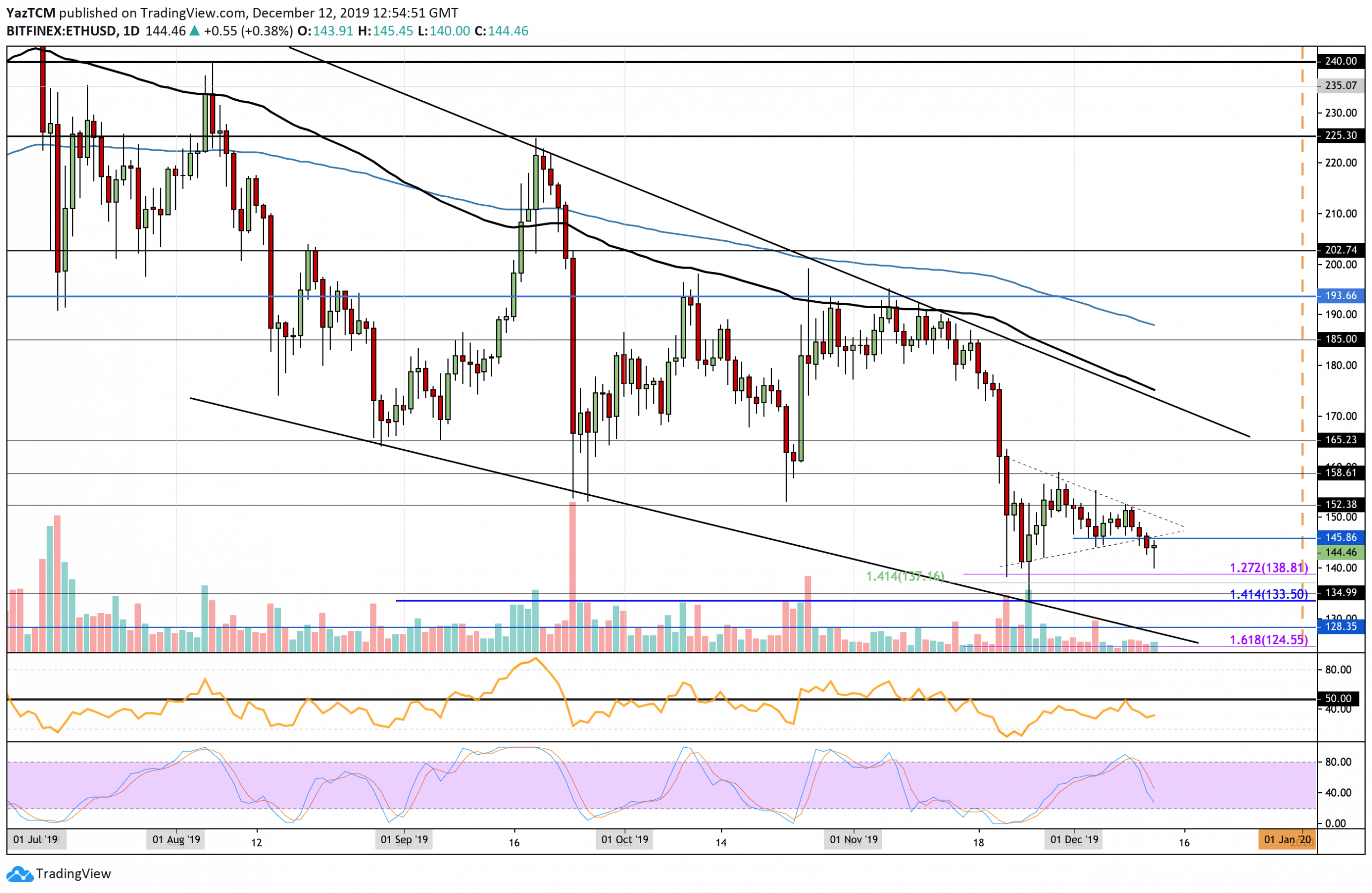 Since our last analysis, ETH continued to struggle with the resistance at the $152 level and eventually rolled over and started to fall. It dropped beneath the previous December support at $145 and continued to make a fresh low at $140.

This latest price decline was expected as the Stochastic RSI had produced a bearish crossover signal, which eventually caused ETH to roll over. The RSI itself remains beneath 50, which shows that the sellers are still in control over the market momentum.

It remains within the wide, 4-month-old, descending price channel and will need to break above this to turn bullish over the longer period.

If Ethereum was to drop and fall beneath $140, it could be expected that the bearish pressure will push it toward $133.50 (November lows). Alternatively, for some form of bullish recovery, the cryptocurrency needs to start making movements above the $158 level. 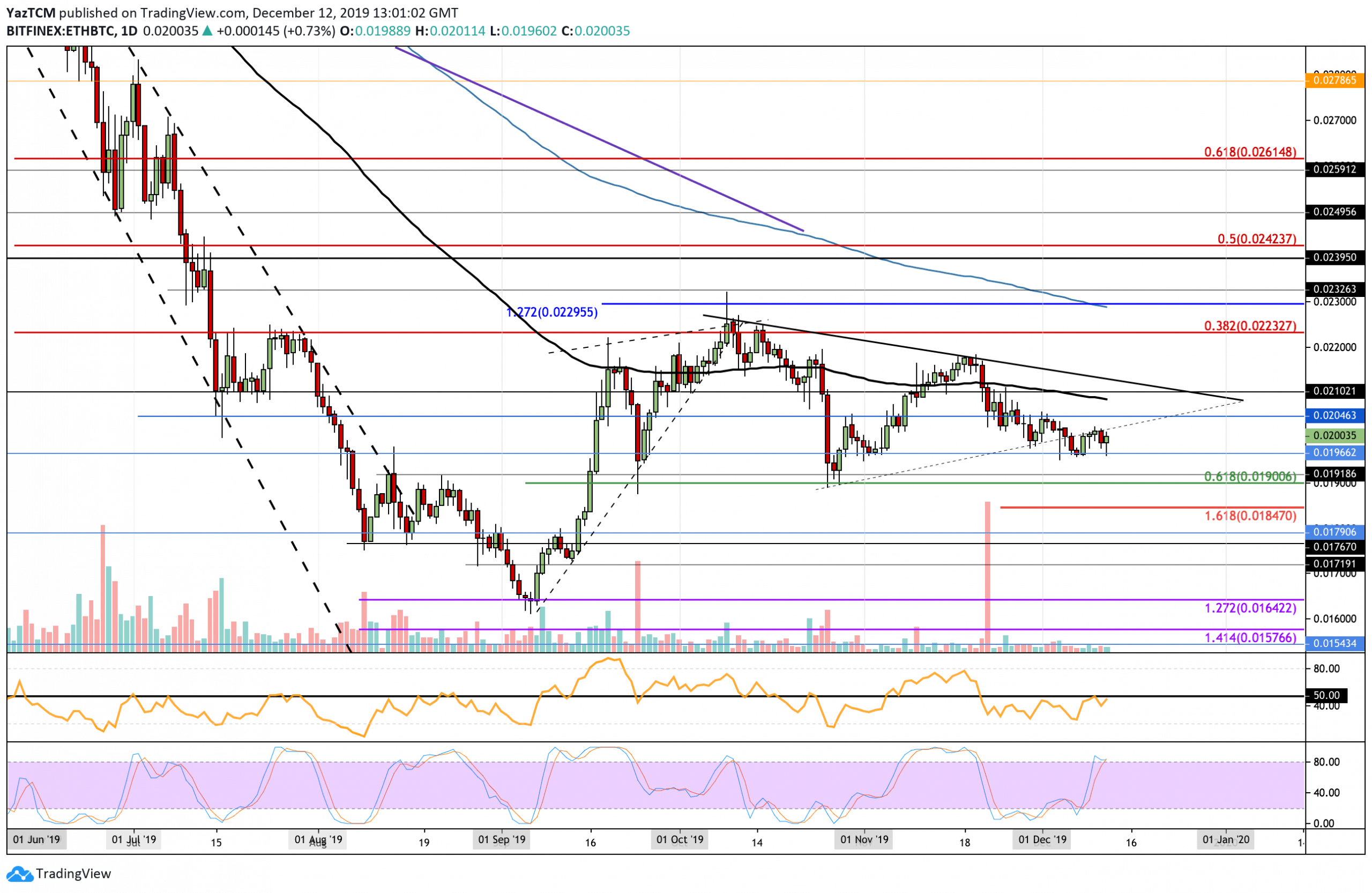 Against Bitcoin, Ethereum has been range-bound between 0.0204 BTC and 0.0196 BTC for the entire period of December. A breakout of the range should dictate which direction the market will be headed toward next. The cryptocurrency broke beneath a short term symmetrical triangle toward the start of December and has been finding resistance at the lower boundary, which hasn’t been breached yet.

If Ethereum were to drop beneath the support at 0.0196 BTC, the coin would turn bearish. To become bullish, it must break above the November high at 0.02177 BTC.

The RSI is attempting to break above the 50 level, which is a sign that the bulls are trying to take control over the market momentum. However, the Stochastic RSI is warning to remain cautious as it is primed for a bearish crossover signal.

Click here to start trading on BitMEX exchange and receive 10% discount on fees for 6 months.

The China Ban: Justin Sun’s Weibo Account Got Shut Down