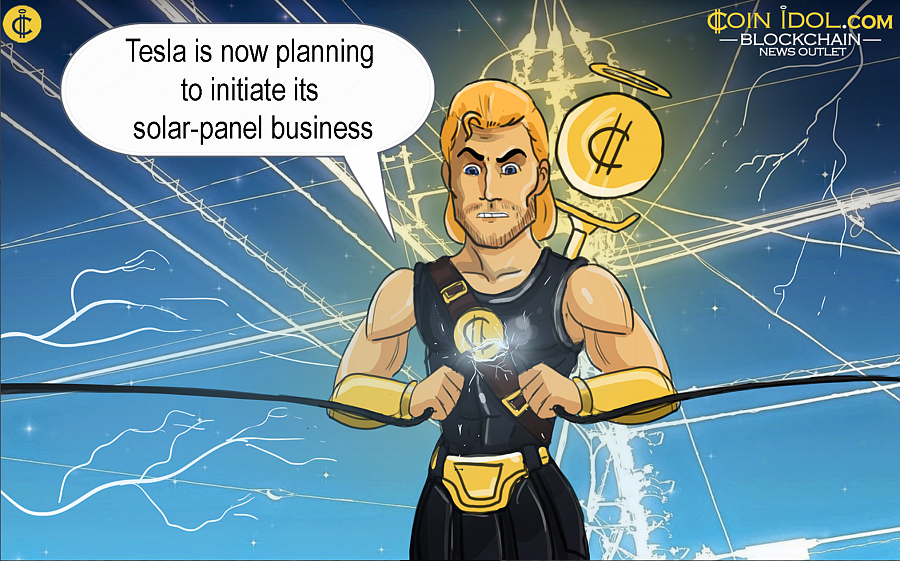 Popular technology entrepreneur Elon Reeve Musk has rerolled out Tesla’s residential solar-power service, a new step for electricity users. Tesla is now planning to initiate its solar-panel business by allowing clients rent their rooftop systems instead of purchasing them.

Using his Twitter account, the CEO, co-founder and product architect of Tesla, declared that the offering is like someone possessing a money printing machine on his or her roof, and this will help users to save hundreds of dollars. However, the new question is now being – could this technology become a new step for cryptocurrency miners as well?

With the new lower Tesla pricing, it’s like having a money printer on your roof if you live a state with high electricity costs. Still better to buy, but the rental option makes the economics obvious.
— Elon Musk (@elonmusk) August 18, 2019

Tesla will let residents of 6 states of the United States of America which include California, Arizona, New Mexico, Connecticut, New Jersey and Massachusetts, to rent solar power systems starting from as low as $50 or $65 monthly depending on the state where a lessee is living in, for a small arrangement. As a matter of fact, $50 per month is for a small set-up which is rated at around 3.8 kW. The cost for the medium and large set-ups have not been stated by the company.

Remember, the medium and large are rated at around 7.6 kW and 11.4 kW, respectively. Also, remember that the residential electric clients in a state like California pay an average of $90 per month, and this is considered among the bottommost in the 50 states. Elon also revealed that the solar system will further spread to various parts of Europe by 2020.

Bitcoin and cryptocurrency miners operating from these states have been complaining about the high costs of electricity. Most of them even reached the extent of shutting down their mining business due to the losses they have been incurring due to the high expenses spent on paying the expensive power.

So if the solar system is put in place, it will help to bring down the costs and this will encourage more miners to join the business of cryptocurrency mining, and even some will be able to mine
Bitcoin from home. Solar energy is a renewable source of power, once miners have installed solar panels and generated the power to run their machines, then they can be able to run 24/7 without any disturbance such as load shedding, etc.

There is a negative attitude towards Bitcoin and cryptocurrency’s energy consumption rates and other major negative environmental effects the mining activity carries, as we
reported earlier. That is why experts are trying to bring in new sources of clean energy including solar power, to resolve these environmental-related issues. Nevertheless, solar energy is cheaper than hydroelectric power (HEP) and many other traditional sources.

British Teen Earned Over $400,000 in Bitcoin Through Criminal Activity