Bitcoin is again falling below the trend line, for the third time since the beginning of this parabolic trend in April. Meanwhile, the price continues to be rather volatile and the chart seems to be waiting in the coming days. Support in this range is around $10,500 and it’s not as stable as we’ve seen recently. Resistance is at $11,300 and if the price breaks above, we may see the bulls return to town. 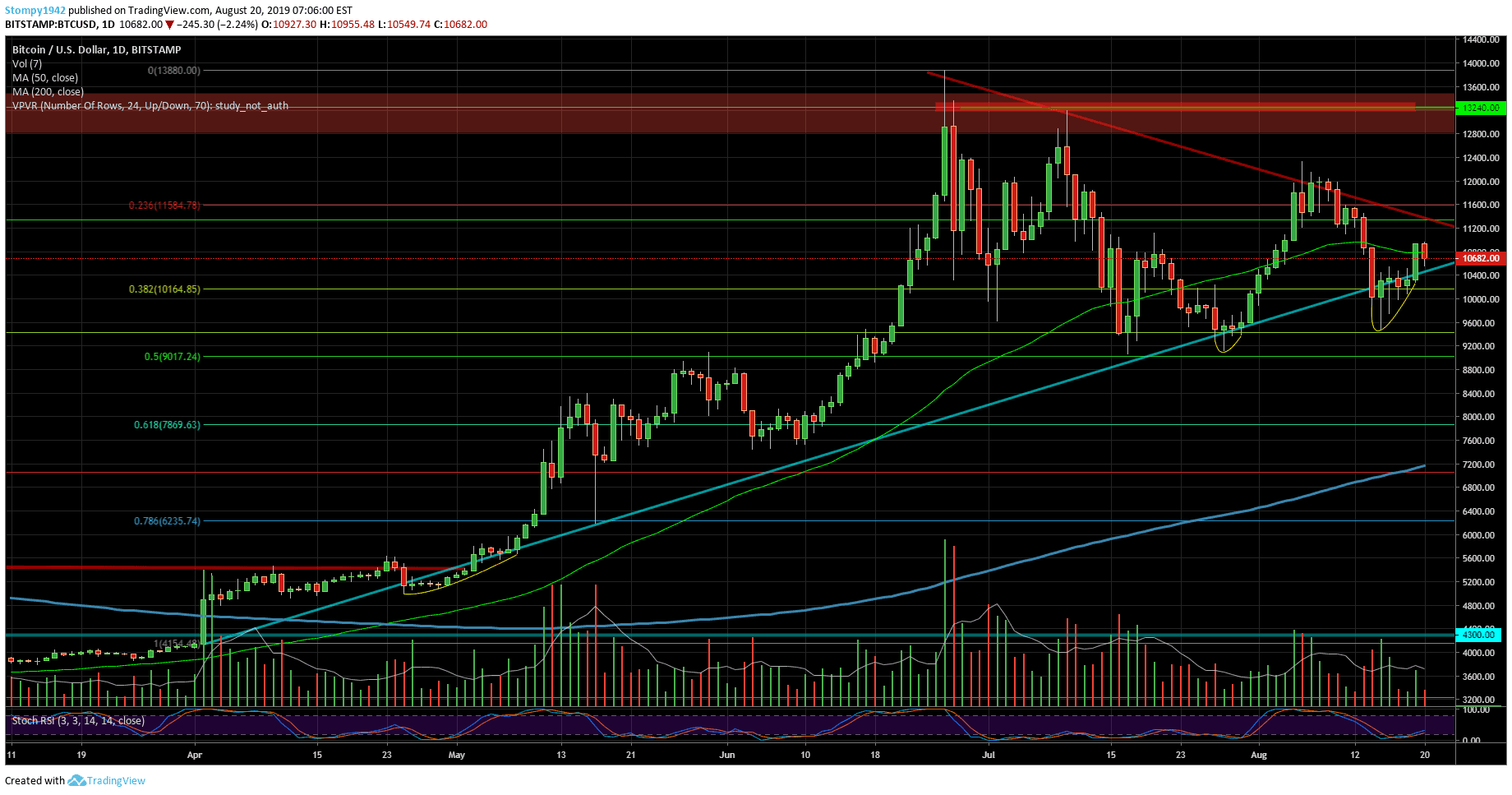 Against the USD, the support around $215 was critical and a quick correction brought the price down to $174, putting pressure on holders. However, the price returned quickly over the 200MA which gives hopes but the support levels are formed around $200 which should be considered.

Against BTC, ETH is a little more stable but it is still in the lows of 2019. Meanwhile, the support holds at around 0.018BTC. Resistance is at 0.02BTC. Is this the floor and is the FUD in the market signaling it? In the past, we’ve seen that FUD around projects can have a significant impact on the price but it appears that this is not the case for now.

Against the USD, we thought the bottom was at 28 cents but apparently that’s not the case as it dropped to 24 cents. It has since come back up to face resistance at 28 cents. That’s not a positive sign for one of the leading cryptocurrencies.

Against Bitcoin, the price is supported around the delicate level of 2500 SAT and there’s low resistance at 2800SAT. It doesn’t really look good for the short term. The last time the price touched 2000SAT was back in December 2017. 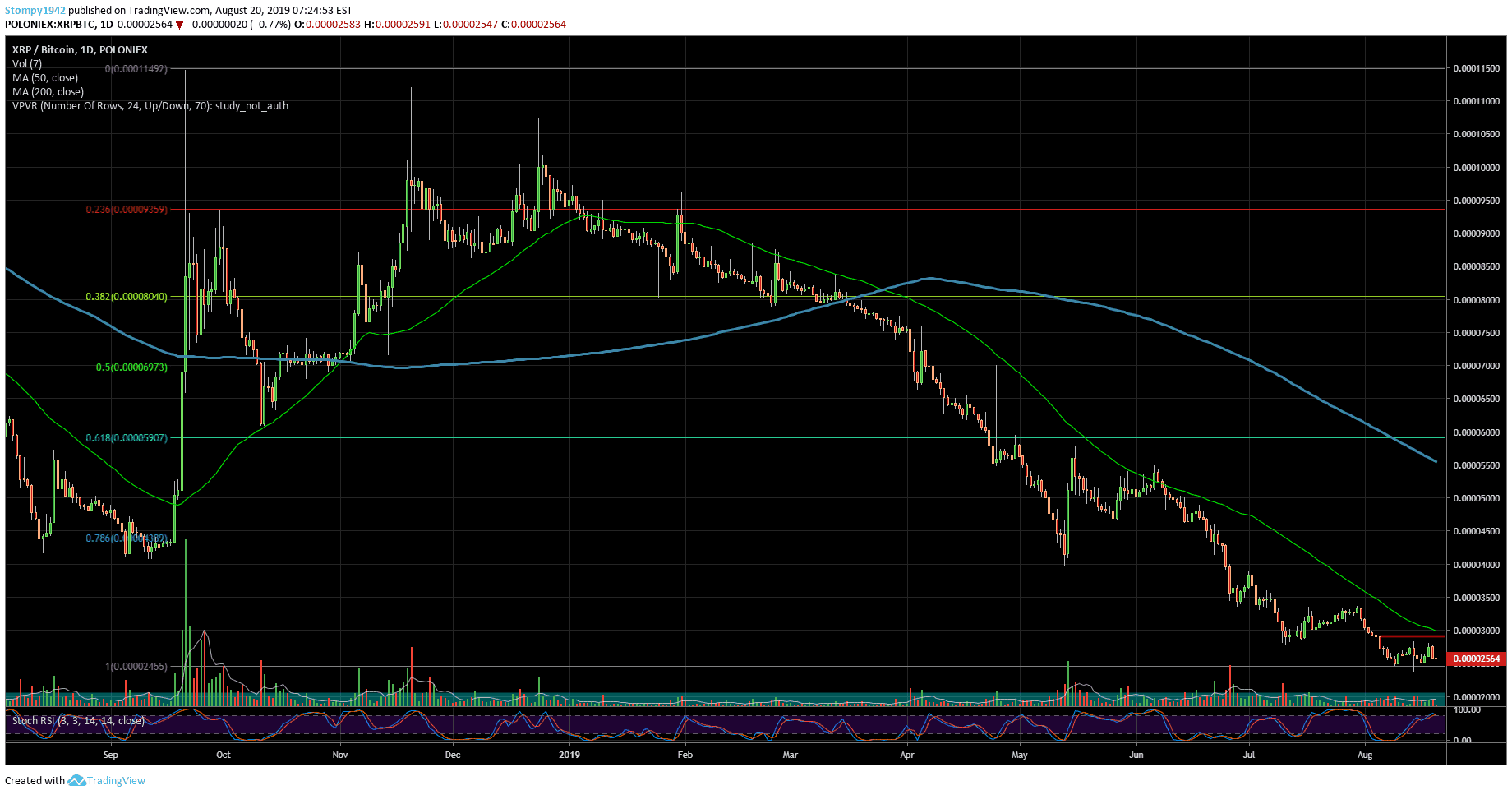 Against the USD, the weekly chart corrected with a failed attempt to break $20, from where the price decreased. Currently, it’s trading at around $10. Support in this range is at around $9.5 and resistance is at $13.5.

Against Bitcoin, the daily graph allows us to see the bigger picture as the price has corrected and lost a lot against BTC. You can, however, see attempts to break up on the way down as well. Meanwhile, the price is stabilizing at around 0.0009BTC, which is within the range of the floor. The resistance is at around the 50MA at 0.0011BTC.

Against the USD, the price reached its bottom at 25 cents where the extraordinary trading volume kicked in. Perhaps, this is an indicator of an Alts season that’s on the way or it may be the fact that trading against Bitcoin is difficult to influence the dollar value of this particular currency. In any case, support is around 35 cents and resistance is at 42 cents, which also contains the 200MA.

Against BTC we can see serious volume as well. Resistance in this range is at around 50MA at 370SAT, provided the trend maintains. Support is built in the 300SAT area.