Cryptocurrencies are three times more popular among American millennials as a long-term investment as they are for Generation X.

According to the results of a nationwide Bankrate survey, published on July 17, 9% of millennials chose crypto as their top long-term investment option — roughly threefold the percentage among earlier generations.

More broadly, the survey revealed that cryptocurrencies are the seventh most popular investment option among Americans — with 4% of respondents choosing them as their top choice for a minimum 10-year investment. This 4% figure was lower than the 5% of respondents who chose “None” in response to a list of assets they would choose to invest their cash in the long term.

The most popular asset class was real estate, at 31% — notwithstanding the 2008 real estate crash and expected slowdown this year. 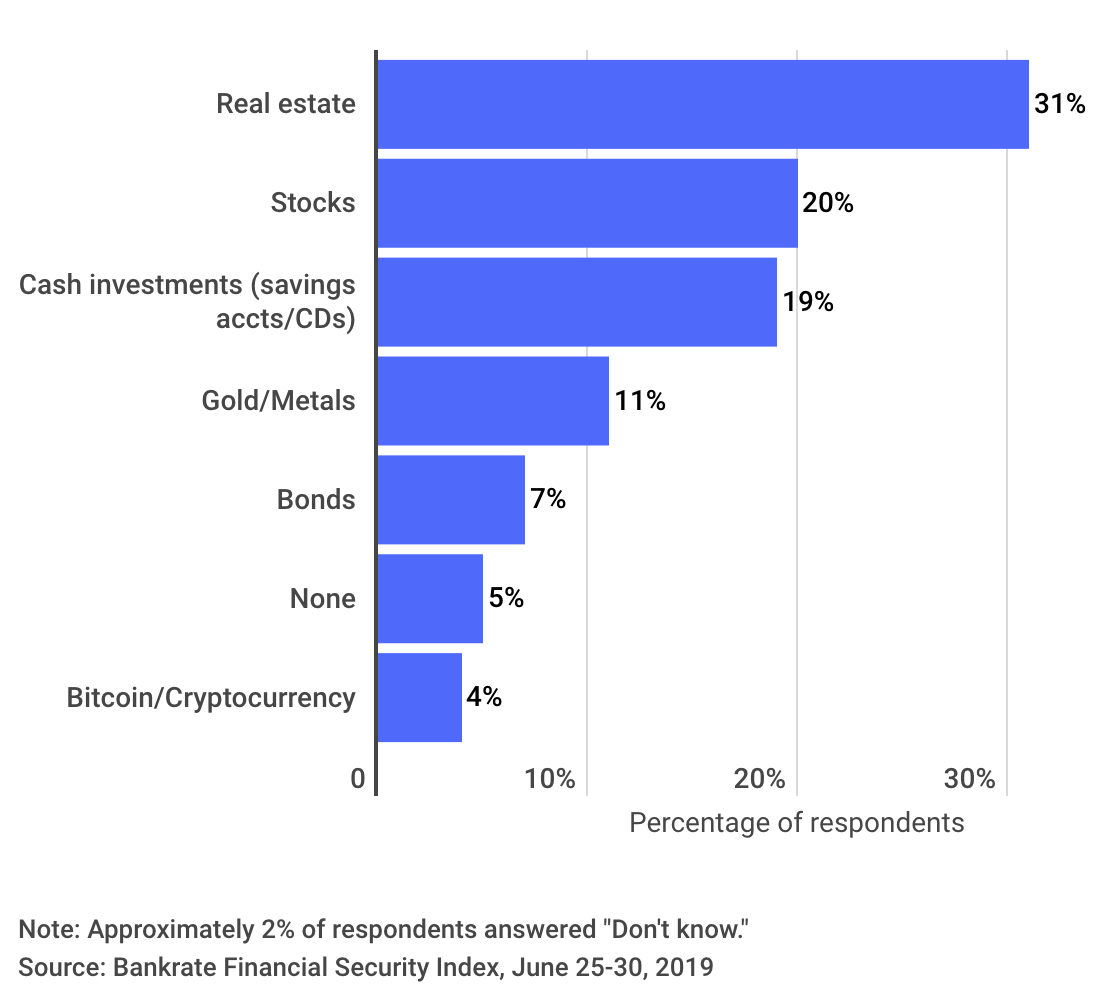 As reported yesterday, 49% of Americans and Brits have revealed they would not trust Facebook in regards to its much-anticipated stablecoin Libra, citing privacy concerns.

A spring 2019 survey indicated that 11% of the American population owns Bitcoin (BTC), indicating that Bitcoin ownership is a “demographic mega-trend” led by the younger generation in the 18-34 year age range. Nonetheless, 89% of U.S. citizens had heard of the cryptocurrency, regardless of their generation.

That same month, a separate survey found that approximately 3% of American retirees own bitcoin.

Meanwhile, a survey from earlier this month suggested that 26% of Generation Z — generally defined as those born after 1997 — would be somewhat, very or extremely likely to buy cryptocurrency in the next 6 months.