America’s biggest cryptocurrency exchange and wallet service Coinbase has signed up 30 million users since launching in 2012.

Over the past 12 months, Coinbase has registered eight million new users, according to data revealed by Bitcoin (BTC) investor and entrepreneur Alistair Milne in a tweet on July 22. 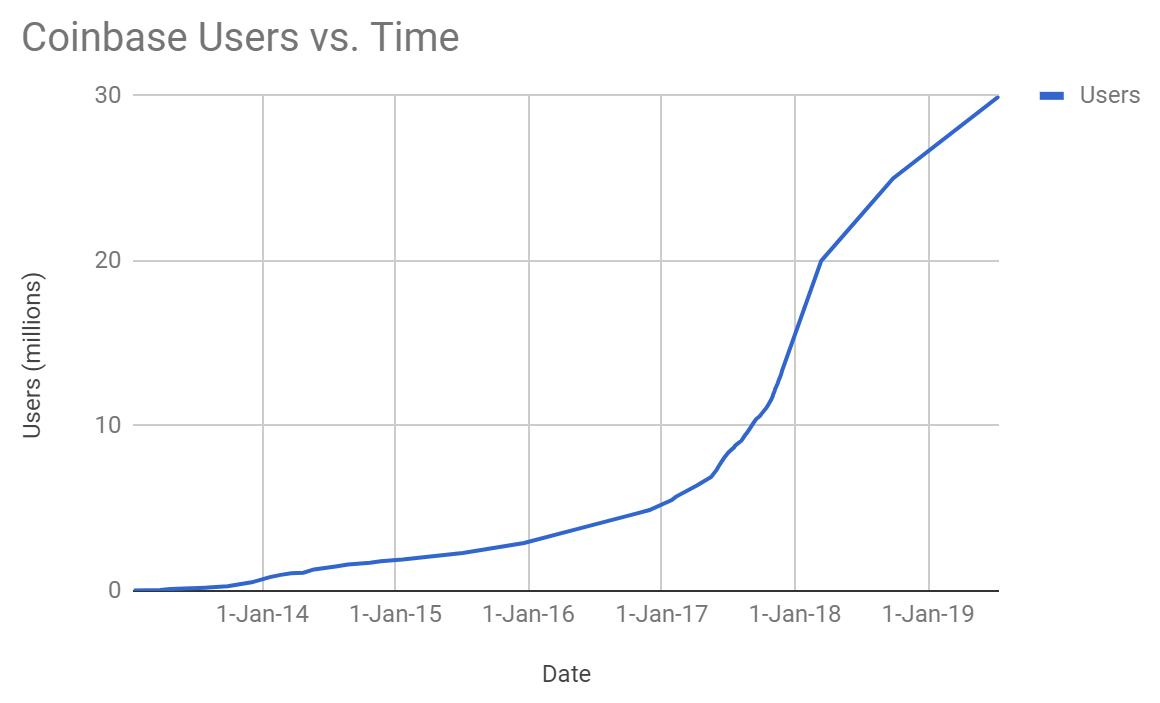 Number of Coinbase users since January 2014. Courtesy of Alistair Milne on Twitter

Based on the chart above, the rate of new users sign ups has slowed compared to the second half of 2017, in particular, right before Bitcoin price hit its all-time high of $20,000. Nevertheless, Coinbase added about 8 million new users in the past year despite the bear market.

According to the Coinbase website, the number of users on the crypto exchange is now over 30 million to date with over $150 billion traded in cryptocurrency.

Coinbase stopped disclosing precise details on the number of users on their website at the end of November 2017.

Founded in June 2012, Coinbase is one of the most popular crypto exchanges globally, with adjusted trading volume of around $350 million as of press time. In August 2018, Coinbase CEO Brian Armstrong revealed that the platform was signing up 50,000 users per day back in 2017.

Earlier this year, software firm DataLight reported that the United States was the most active crypto trading country with over 22 million monthly visits of crypto exchanges.

Recently, Coinbase CEO presented his vision of the company in five years, claiming that he sees Coinbase as not just a crypto trading service provider but a more universal entity contributing to global adoption of crypto.