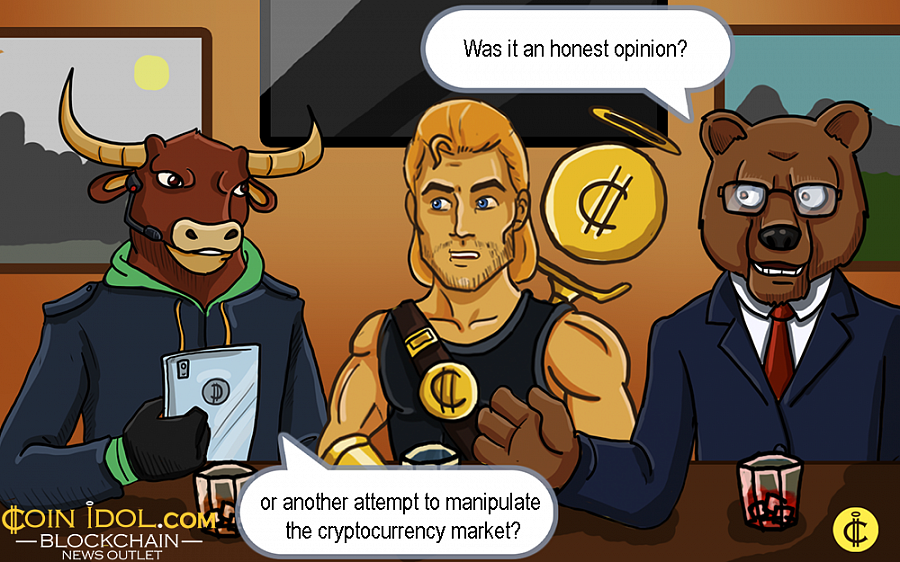 In the latest news, we saw Donald Trump, the President of the USA and a successful businessman, criticizing the nature of cryptocurrencies such as Bitcoin. The market reacted immediately to the billionaire’s statement and BTC lost 14% of its value in a 7 day period. Was it an honest opinion or another attempt to manipulate the cryptocurrency market?

Fair Play it may Seem

On July 11, Trump posted a tweet attacking Bitcoin and other cryptocurrencies, saying that their value is “based on thin air”. Furthermore, he added that Facebook’s Libra also seem suspicious and wouldn’t find support, as it has “little standing or dependability.” The President went on praising the only reliable currency in the USA, the dollar. 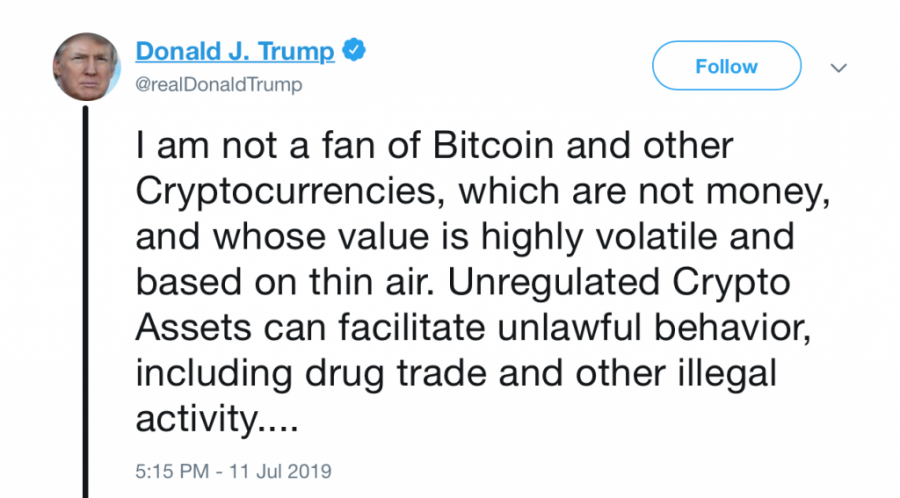 Does he really believe in the national currency or it is just his manipulation games? Does he really want to strengthen the country’s economy or he just wants to buy out cheap Bitcoins? As we know, Trump has reportedly claimed his desire to weaken the dollar before the elections,
CNBC reads. What goals does he pursue remain a mystery. However, a similar situation we have already seen back in 2017, when the CEO of JPMorhan Chase&Co, Jamie Dimon,
called Bitcoin a fraud. His statements raised a market recession as well. Eventually, it appeared to be nothing but manipulation, as we saw the corporation’s launch of its
own cryptocurrency. What could prevent Donald Trump from the same kind of cryptocurrency market manipulation?

What is the Real State of Affairs?

According to
Coinmarketcap, Bitcoin and four other leading digital currencies such as Ethereum, XRP, Litecoin, and Bitcoin Cash have suffered up to 27% losses on a weekly basis. BTC has lost 14% and is trading at $10,721 at the moment of writing. On some exchanges the leading digital currency fell to as low as $9,980 per coin during this downtrend.

Ethereum and Bitcoin Cash lost 27% of value each in the last seven days, changing hands at $225.89 and $305.61 accordingly. Even though, in the last 24h, the digital currencies have been trading in the green, the current state of affairs lack confidence in the further recovery.

Italy: Cinisello and Lombardi Region sign MoU for the Application of Blockchain