CoinGecko has published its crypto market report for Q2 2019. The report notes that Initial Exchange Offerings (IEOs) are on the rise, with 72 projects raising a total of $262 million in the first half of 2019.

‘IEOs Seem to Have a Ceiling of $20 million’

While the average amount that Initial Exchange Offerings raised in H1 2019 was $3.7 million, the report found that the sums varied significantly from project to project.

Only these projects managed to get funding of more than $10 million through IEOs, representing 31% of the amount raised in the first half of 2019.

“IEO projects seem to have a ceiling of $20 million in amount raised,” the report states.

The report reveals that the amounts raised in IEOs depend not only on the projects but on the exchanges on which the token sales are hosted.

The researchers studied how different crypto exchanges have performed with respect to the ROI of their IEOs.

Despite their high-performance IEOs, both ZBG and ZB only launched one IEO project, the researchers note. Therefore, CoinGecko considers Binance and Gate.io to be the top crypto exchanges when it comes to IEOs.

An interesting fact about IEOs relates to the Bitforex crypto exchange which has launched eight IEOs on its platform – the same number as Gate.io. Despite having the most Initial Exchange Offerings among all exchanges, Bitforex’s average return on investment is in the negative, with the average ROI being -37%.

Despite the fact that only half of the IEO projects were profitable, if one managed to invest in all of them, he or she would still have enjoyed a 44% ROI. 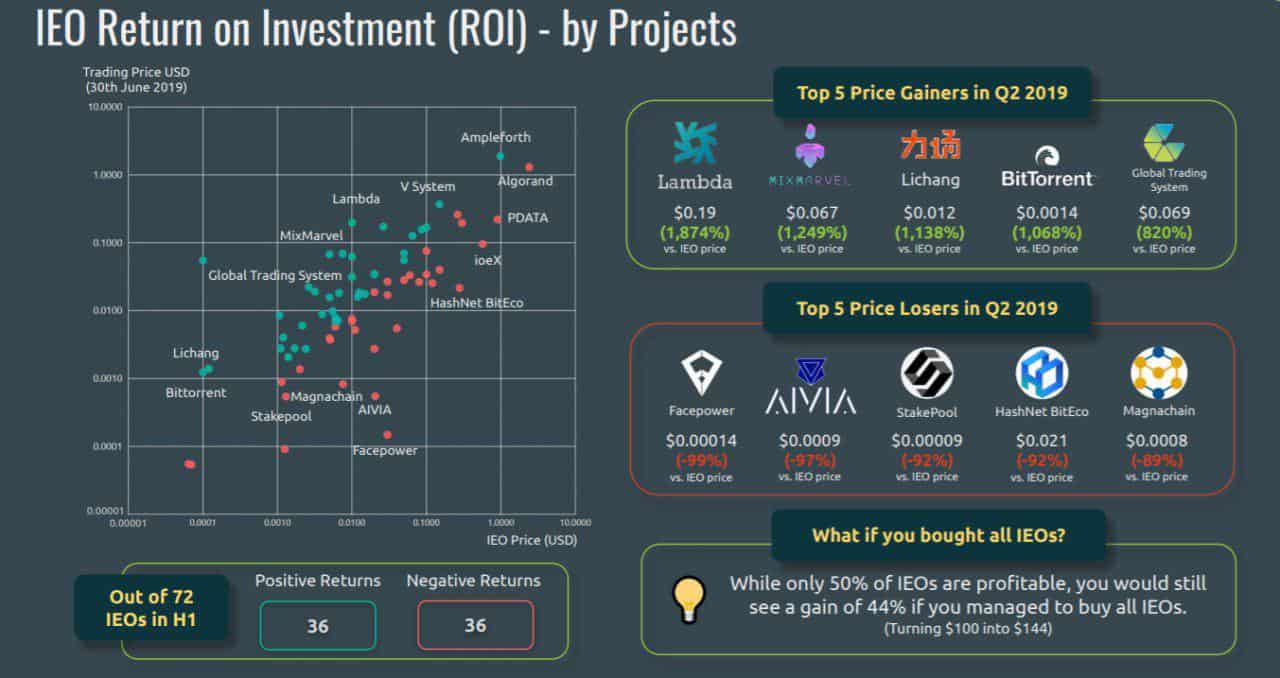 1 AM UTC Is the Most Volatile Hour for Bitcoin: Research