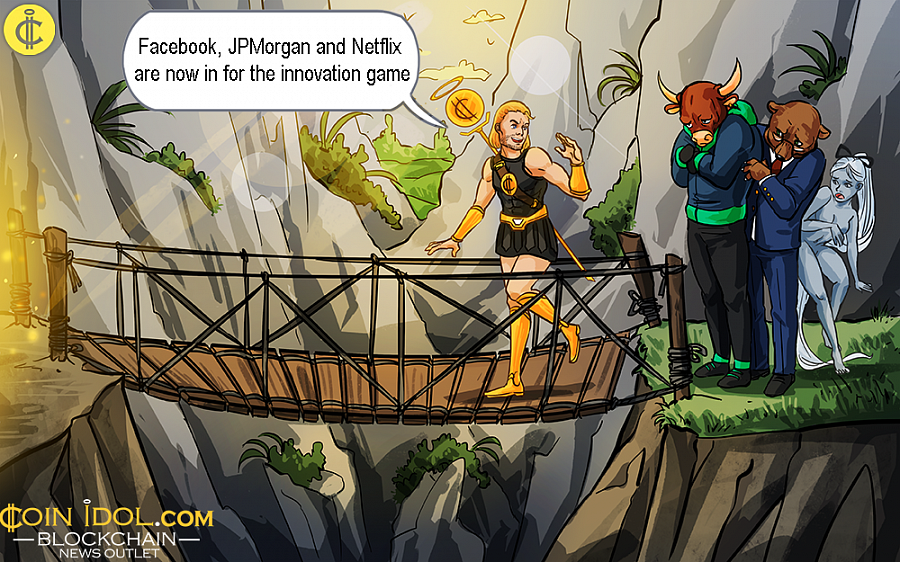 Facebook, JPMorgan and Netflix are now in for the innovation game. Several giant institutions have entered the businesses related to blockchain and cryptocurrencies and this has given the industry a big boost. In the same sense, retail investors have also benefited since huge funds, derivatives plus many other monetary instruments are now accessible by the public.

Not so long ago, reports emerged that Netflix, an American media-services provider, is producing a new documentary that will be addressing cryptocurrencies including Bitcoin (BTC), as a continuation to its popular 2016 film dubbed “Banking on Bitcoin.” The move is perhaps well overdue.

Is This a New Age of Digital Currency Space?

Considering what the blockchain and cryptocurrency industry has passed through since its inception, the topic of Banking on BTC appears a bit obsolete nowadays. The theme talks about the origins of Cypherpunk movement, massive hacks like that of Mt. Gox, the castigation of Ross Ulbricht, etc. However, these topics were very pertinent from 2014 to 2016, great haste to this year and the digital currency has long left the Banking on BTC “techno-pirate” narrative.

An American global investment bank and monetary services firm
JPMorgan Chase & Co and another US online social media and social networking service firm
Facebook, are working on their own cryptocurrencies that will be working as stablecoins. JPMorgan is working on a digital asset called JPM Coin while that of Facebook is called
Libra aka GlobalCoin. Furthermore, in Switzerland, SIX Swiss Exchange, a principal stock exchange, is also on the verge of rolling out its own cryptocurrency offering.

The continuous entrance of institutional money into the industry has led to the prices of Bitcoin and other major altcoins to skyrocket further. For instance, the current price of Bitcoin (BTC/USD) is over
$11,407 with a market cap of more than $203.23 billion, meaning that their adoption and value has increased significantly, which was not the case in 2018. Each year that passes by, the adoption and value of altcoins surges.