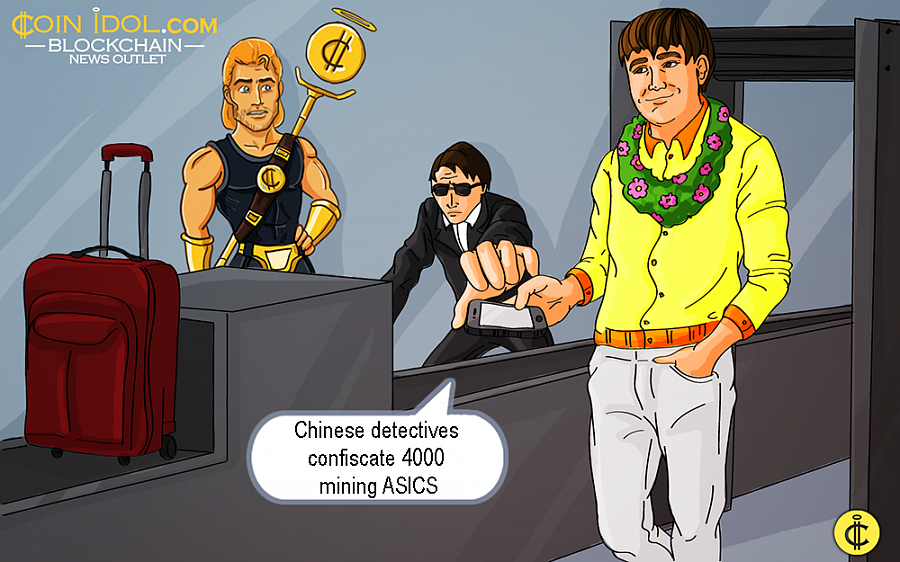 Police detectives in the Chinese City of Zhenjiang recently confiscated about 4,000 bitcoin mining computers. According to the police, the miners illegally connected their mining machine to the Electricity grid. Further report indicates that electricity worth more than $3m was illegally used for mining.

Recently, in the eastern Chinese city of Zhenjiang, police detectives successfully tracked and netted over 4000 illegal Bitcoin mining devices. The investigation started when a local power company told police about abnormal for power usage in its grid. Police in Zhenjiang, in eastern Jiangsu province managed to crack down on the illicit Bitcoin operation.

According to police reports, more than 20 criminal suspects were arrested following the crackdown. The police added that the case is still under investigation and the suspect would be arraigned in court once investigation is finished. The police told a local news agency that:

“In value, it is the largest case in the amount of electricity stolen that Jiangsu has cracked since the founding of new China, and a rare sight in the whole country.”

To mine cryptocurrency, a series of special computers known as ASICS are used to solve complex algorithms. The process is extremely expensive when done on a large scale since it requires a large amount of electricity and best mining ASICS. Many Bitcoin enthusiasts believe the cryptocurrency has been stabilizing since its steadily becoming mainstream.

China is an Enemy of Bitcoin and a Friend of Blockchain

Meanwhile, the Chinese authorities are against cryptocurrencies, however, they are optimistic about blockchain. The Chinese government in recent years expressed support for several Blockchain projects across the country. However, Bitcoin exchanges or any mining activity is prohibited in the country.

China uses existing blockchain policies from the other countries around the world to introduce their own blockchain policy. Decentralized technologies in China is managed majorly based on regulations on Bitcoin and Initial Coin Offerings the country previously developed. Meanwhile, the Chinese government’s take on cryptocurrency might still be factor change in the future.

Recently Coinidol reported on the state of cryptocurrency regulation in China. In the news report we identified the country’s favour for blockchain technology, contrary to cryptocurrencies. Toward the end of last year, alone, Chinese regulatory policy underwent 3 major stages of development. The stages involved the introduction of bitcoin and banning its usage in the economy.

In April, the National Development and Reform Commission (NDRC) revealed its intention to completely ban cryptocurrency mining. The commission recently released a document that maps out the process of removing digital currency mining in the country. Cryptocurrency adoption has not gone smooth in many Communist countries.

Although China tries to burn bitcoin it is absolutely very hard to completely remove the technology from the country. Bitcoins underlying technology, Blockchain enables Bitcoin to be used anonymously.

Blockchain-Based CBDC to be Created in Turkey