Binance is the world’s leading cryptocurrency exchange with no doubt. It has, however, expanded to much more than that: In its two short years of existence, among its many arms, the exchange has launched an incubator called Binance Labs – It’s a social impact fund, as well as an initiative to incubate, invest in, and empower blockchain and crypto-related projects and communities.

Binance also launched a decentralized exchange – Binance DEX – on its blockchain, Binance Chain. Since hitting the market, it has been enjoying increasing volume and an influx of new trading pairs on a daily basis.

The company also launched Binance Launchpad, which initiated a new wave of fundraising enthusiasm, with other major exchanges quickly following in its footsteps. Launchpad brings forward various projects through Initial Exchange Offerings, providing both investors and the projects themselves serious returns on investment.

CryptoPotato recently had the chance to sit down with Binance’s Chief Strategy Officer Gin Chao. Chao is a former corporate development executive for both the NBA and Dell. In the following interview, Chao shares some of his thoughts on several important matters related to crypto.

Crypto, as we know, is very speculative, and far from steady. What affected your decision to join the crypto space and to join Binance specifically?

Gin Chao: I think those questions are very related because I’ve actually known CZ [Changpeng Zhao, CEO of Binance] both personally and professionally for a long time and we learned about crypto around the same time.

While he entered the industry much earlier than I did with blockchain.info and OKEx, we still spoke about it quite a bit. So, I was lucky enough to be friends with some of the folks who were early crypto entrepreneurs in China, including Bobby Lee, who founded BTCC China and some of the investors in that space.

As a former investment banker and seeing how the US capital system works, there’s a lot of issues with it, and I do feel that this is something that’s better managed objectively with algorithms and with engineers and science rather than actual people.

So that aspect of the industry I really like, and I’m very much in line with the whole mission of Binance, which is spreading the freedom of money, allowing people to transact as freely, as efficiently, and as, frankly, equally as possible. Not just folks who are lucky enough to be high earners and have access to a lot of financial services but also the people who are unbanked or underbanked.

How much is CZ involved in Binance’s decisions?

I would say that in all the major decisions, he is definitely involved. I think he wants to keep the organization flat and entrepreneurial, and he’s done a pretty good job of maintaining that so far.
That’s where the differences are from my previous organizations [Dell and the NBA]—the decision making, the efficiency, the speed, and then, of course, the industries themselves. You know, Dell is in a very mature industry; the NBA is a very mature industry. Binance, obviously, we’ve both: I think, been good at what we do but also quite lucky. We’ve gotten to a very unique position right now, but it doesn’t mean that we’ll stay here unless we can continue to work hard. So there is a sense of urgency to keep innovating, and so those are the differences, I mean, really vast differences in how they operate.

Facebook Libra: what do you personally think of the revolutionary stablecoin? How would it affect the crypto space in general and specifically Binance?

Well, it’s a good thing for sure, and any time that a company with the weight, size of resources and impact of Facebook, whether this came out of Apple, or Microsoft, or Google, or Facebook, or even General Electric or any of these big companies, any time a company like that gets involved, it validates blockchain and in this particular case cryptocurrencies specifically.

So that’s a good thing, and whether or not Libra becomes incredibly successful, it’s already a good thing, just the announcement itself.

How do I personally think about Facebook’s stablecoin? I think it’s good in that it’s taking a global perspective, right? There is going to be the US dollar, but it’s also going to be a basket of other currencies.

I do like that they [Libra] are inviting other currencies to come in as long as they’re free-floating. I think they have that part philosophically correct as far as a stablecoin goes. And then I think it does represent probably the best bridge so far that we’ve seen to current cryptocurrencies with options and actual real use because they do have an opportunity now to turn Libra into, quote-currency so they could actually provide Facebook features or Facebook services priced in Libra that would force people to adopt, and because their community is so large. So all these things are good for the industry. How it affects Binance specifically? that’s a good question. I think we’ll likely want to embrace it.

Is Binance considering becoming a node for Libra, just as Coinbase did?

Yes. We’re definitely considering it; whether or not we will become one, we’ll see. The way it works is that there’s an application process, there’s a Libra association that will have members decide, and so we’d like to throw our hat in the ring.

I think Libra’s incentive is to have global node operators. So they do have a US-centric selection so far, and I think they would like more people coming from Asia, Europe, and Latin America, because they have aspirations to make Libra global. I think it’s a natural fit. We’ll see.

Congratulations on the rising volume on your firm’s decentralized exchange, Binance DEX⁠. However, if it continues growing, it could cannibalize the original Binance exchange. Is there a situation where the DEX becomes the primary Binance exchange?

You know, it could. I probably don’t have enough data to extrapolate what the odds are of that. But it certainly could, and yeah, I think that’s one of the points at least for us, when people ask why centralize and decentralize, the reality is that they’re both innovations and options that users, different types of users may want or prefer. Some users might even want an account on both. The other reality as a technology company is that if there is another option, someone else is going to do it.

Is Binance Labs, the VC arm of Binance, limited to investing only in crypto or blockchain startups?

It’s limited to the blockchain ecosystem. But we have a strong preference for projects with token economics, and then of course for those projects with token economics considering the BEP2 chain. That’s the next priority. So if we were to look at all projects which have big problems that they’re solving well, if they all have strong management teams, if all those cases were true then we would more likely pick the project that has a BEP2 token.

But before you get there, you still have to make sure that the problem is a real pain point, a solution is real, it’s implementable, and then you have the right management team. And in many cases, the management team is the most critical part of that.

And now the business model is becoming a little more important: that’s why if you have a good token economics model then you have a real business model. So that’s the more narrow criteria that we have these days, that we emphasize a little bit more than we did, for example, a year ago.

And how much is Binance going to be involved in the project afterward?

Certainly we’re not the financial investor, we’re strategic investors. So obviously we would like to see a return but we’re not reverse engineering. I think we are good at providing coaching, mentoring, we’re quite good at marketing. We’re quite good at solving the proper tokenomics, and even how to implement that.

Binance Launchpad has a lot of expertise now in how big should the supply be, what percent should you be offering, how should you be rolling that out, how do you maintain liquidity? that kind of experience is pretty valuable.

On top of that, making sure that the projects are interacting among themselves because there’s a lot of synergy between them. And then introducing them to traditional funding and other things that they aren’t good at. I think that’s what we’re offering, and we are actually going to be spending a little bit more time on that because now we’re entering season three [of the Binance incubator]. Our portfolio has gotten quite large already and so we have to make a cognizant effort to spend more time with the existing companies portfolio.

Finally, where do you foresee Bitcoin’s price going?

I think if you look at the historical pattern, we are now entering Bitcoin’s fourth market cycle, I would argue. So we’ve had three kinds of major corrections. If you look at previous patterns, it would say to me that we would be getting somewhere into the $50,000 to $100,000 range before another major market correction.

Litecoin Price Analysis: LTC Has a Breakout to the Downside Started? 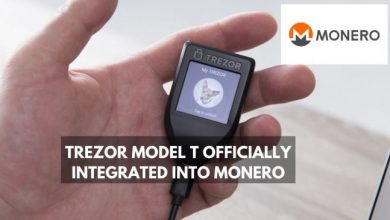 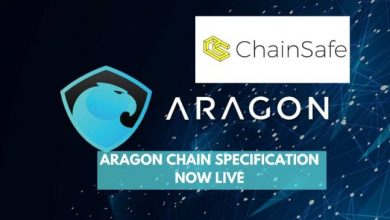 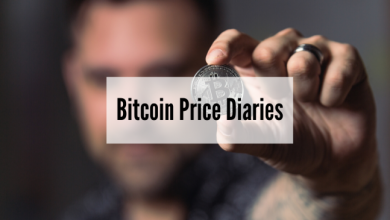