The RSI is down and the price is rising, which is a further indication of the rally in 2019. After seeing support around $10,000, the price continued to climb with slight resistance and support around $11,000. In this range, the move to break the resistance at $13,000 may be around the corner. The next resistance level is $15,000. From there, the sky is the limit. A correction could certainly hurt, but for now just enjoy the gains. 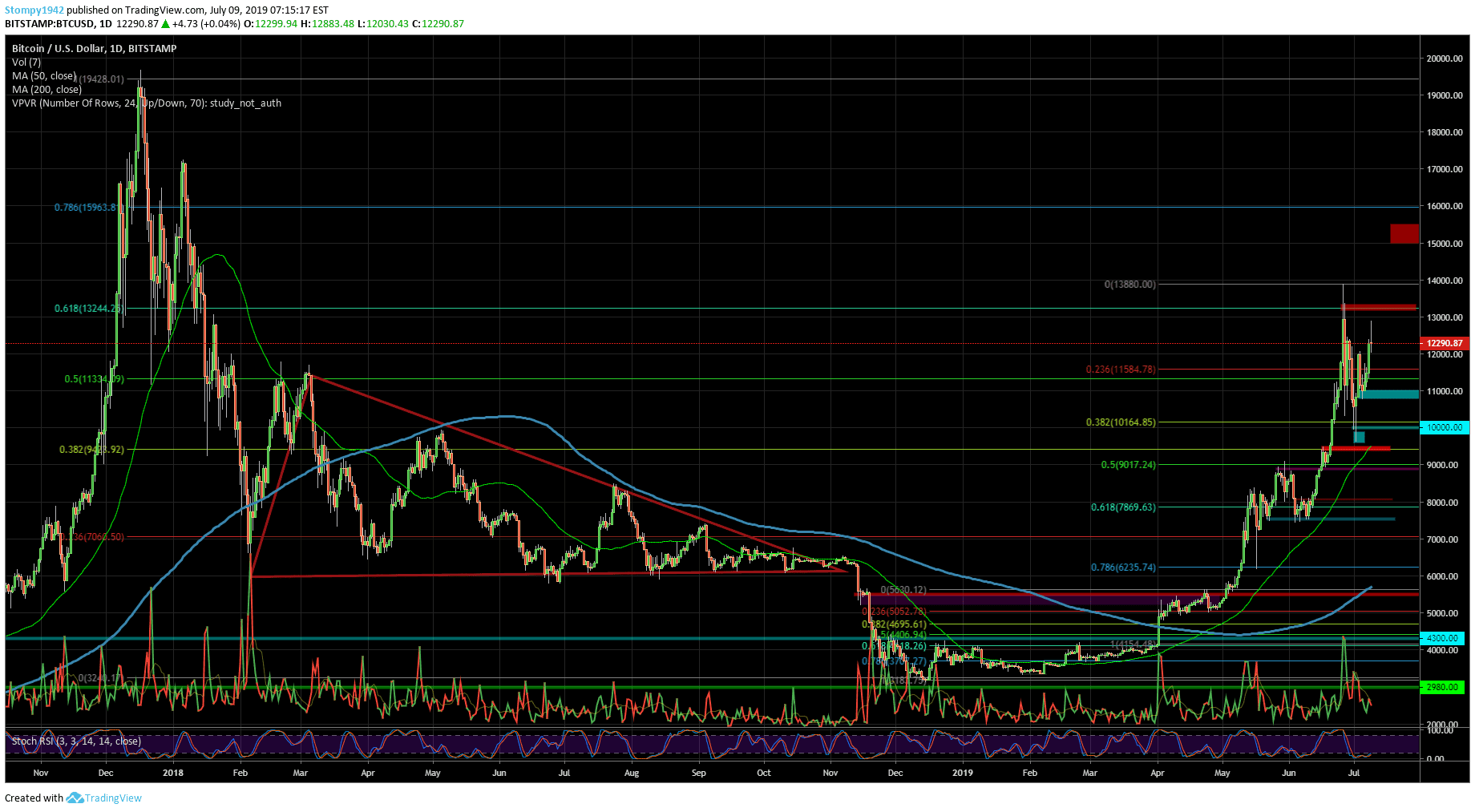 Against the dollar, support at $275 has held so far. As we noted in previous updates, this is the point at which a trend reversal could occur if the support continues to hold. Resistance is $325 in this range, and if broken, the next resistance lies at $400. 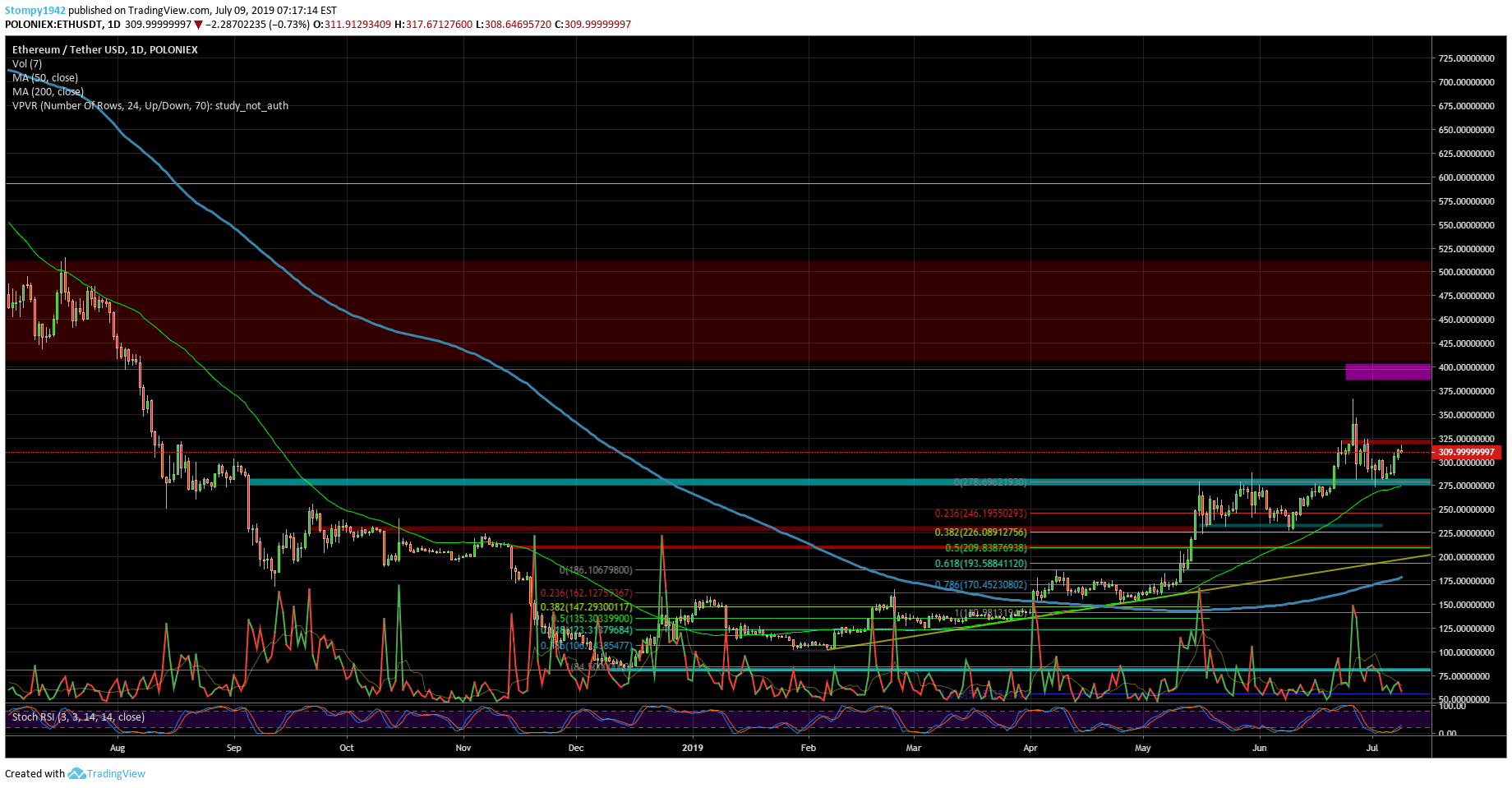 Against Bitcoin, the price floor has been around 0.024 BTC. If we return to the low of early 2017, support in this range will be critical. Resistance lies at 0.027 BTC. 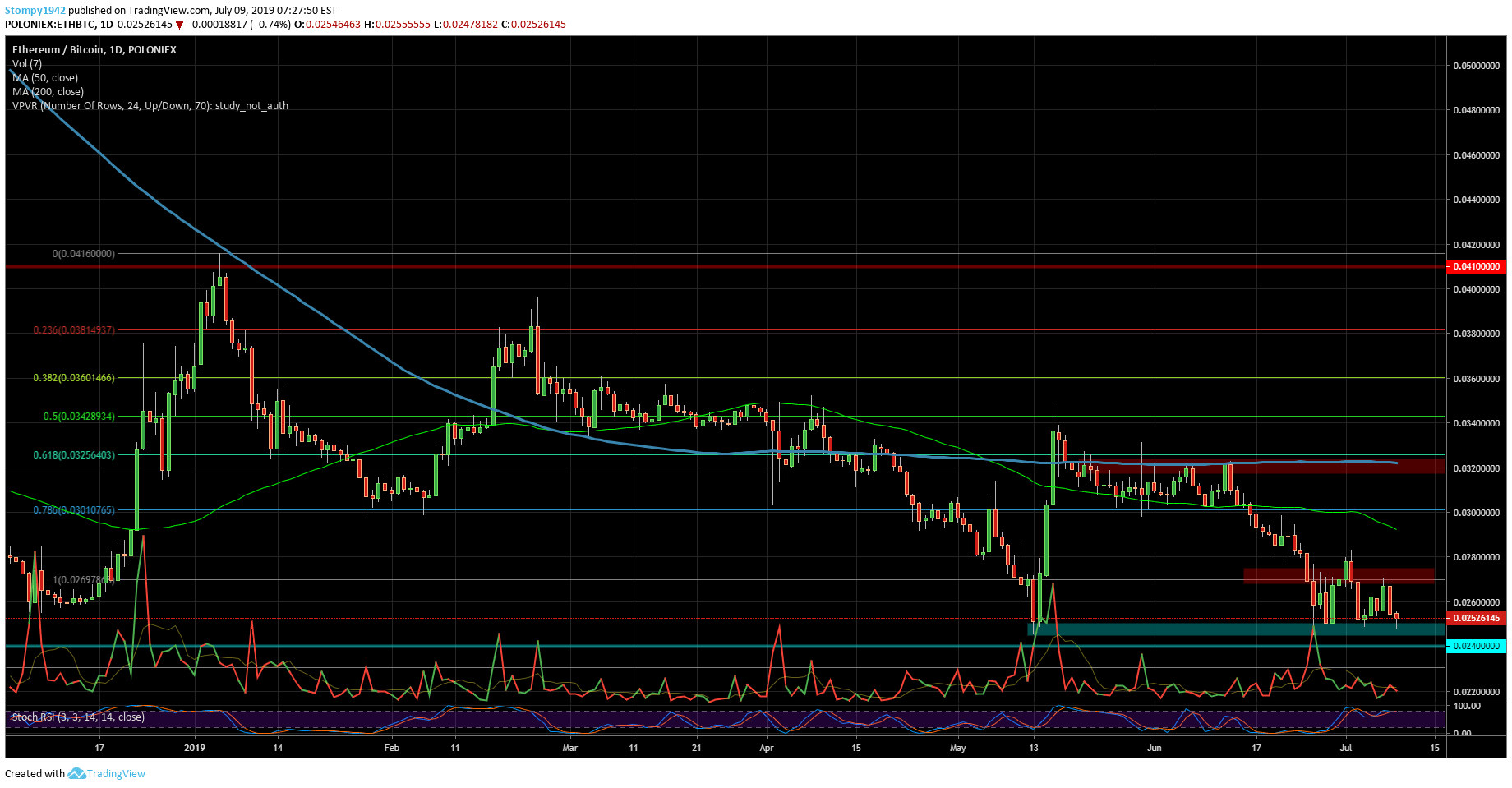 Against the dollar, XRP is ranging around $0.37. The nearest support and resistance levels are $0.36 and $0.43 respectively. The rise from the resistance zone at $0.35 led to volatility and instability, but it’s technically important to hold above that range. Support from the 50-day moving average since the beginning of May has been tested and broken. 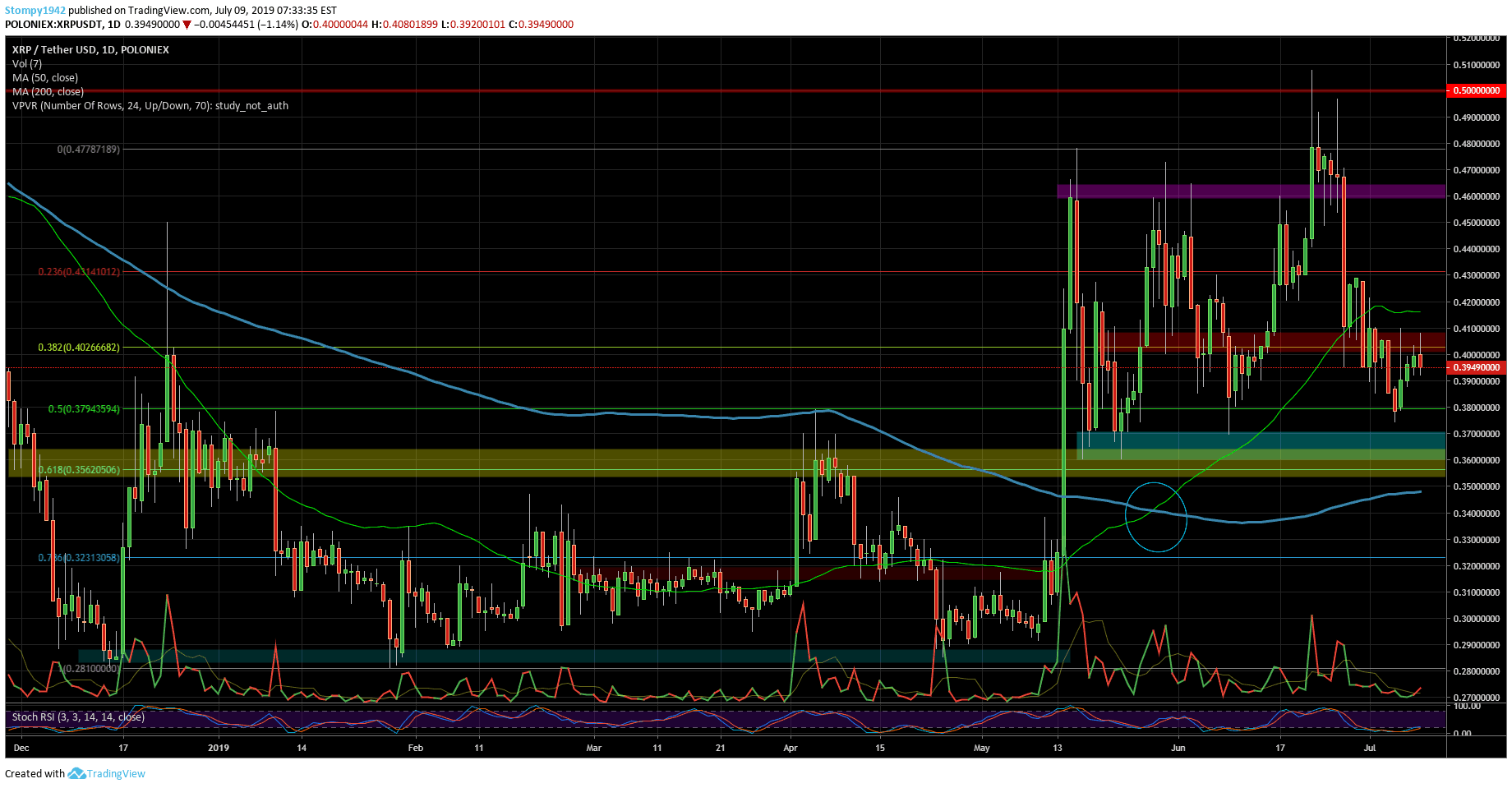 Against Bitcoin, the decline has continued and all support at the 3,200 satoshi level has broken down. The price is set to test 2,700 sat if Bitcoin’s gains continue to impact the XRP price. The last time the price dropped from 300 sat was December 2017, and we are now moving away from the resistance at 4,000 sat. 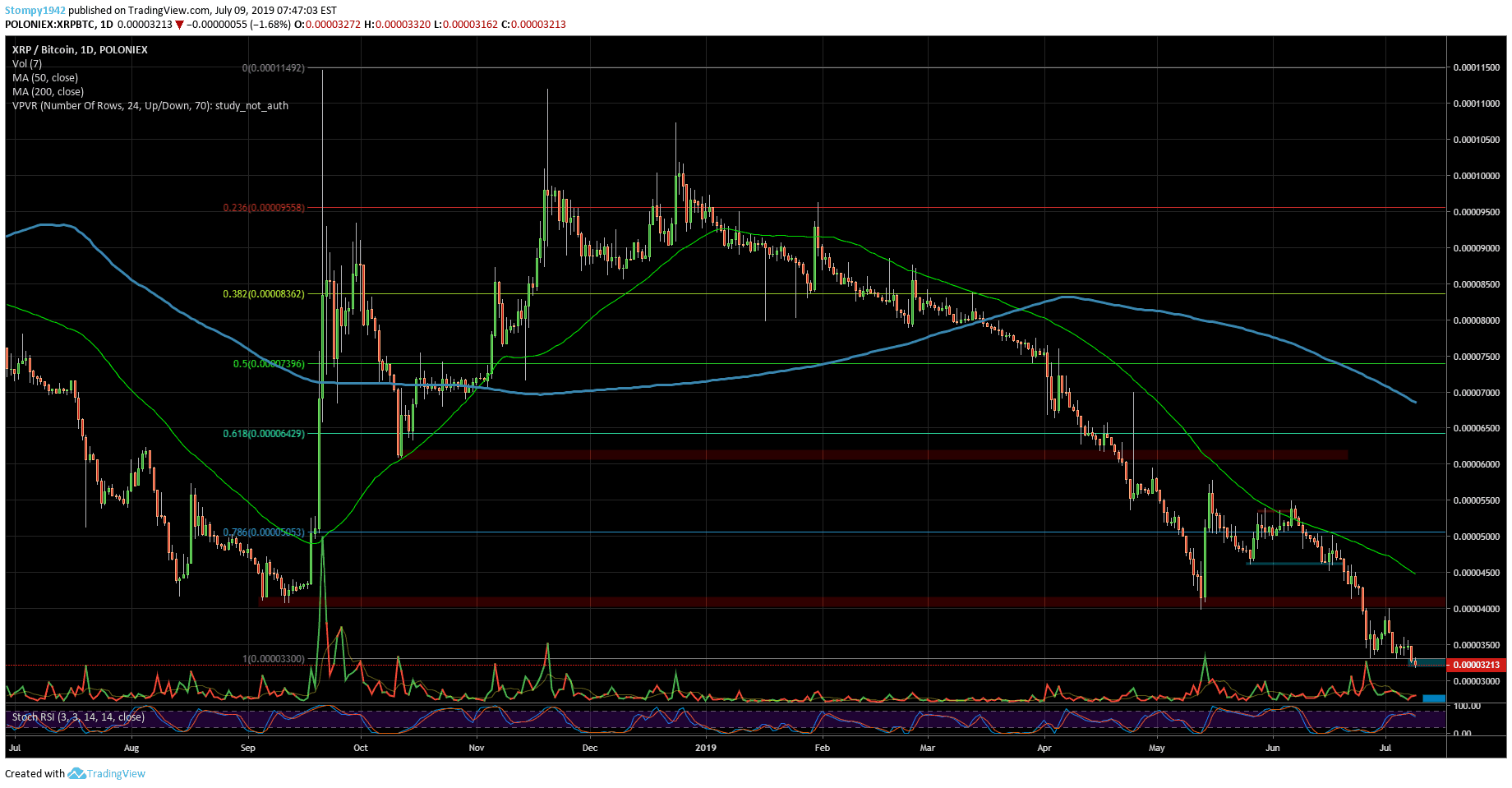 XTZ started the year around $0.37 with an impressive trading volume which showed support and demand in this range. The price sharply increased to $1.80 but has since corrected to $0.87. Even though the price bounced back, the market appears bearish. Support is now located around $1.10. Resistance in this range is $1.30, and if that’s broken, the next resistance will be $1.80. Importantly, a head-and-shoulder pattern is emerging. 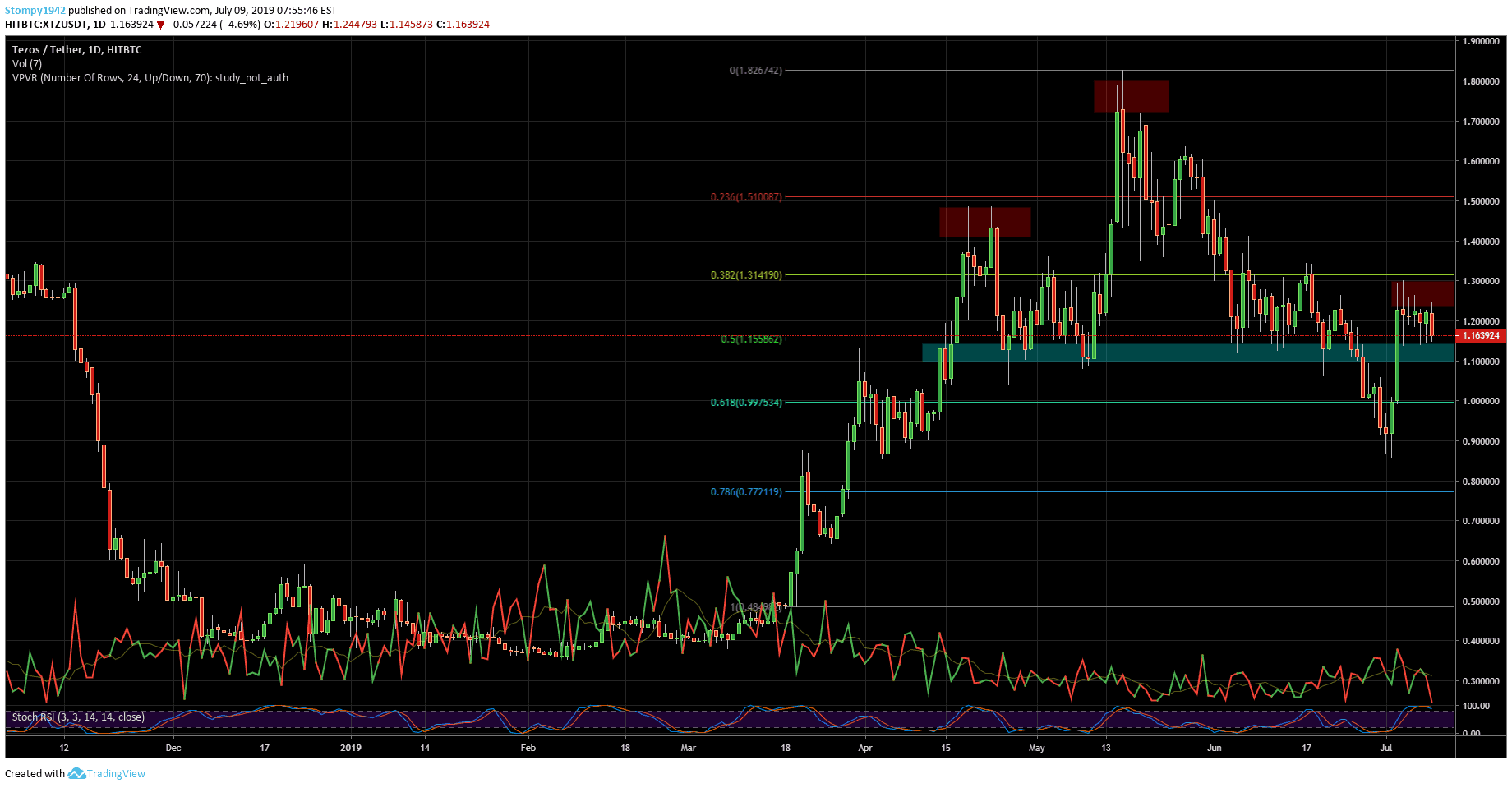 Against Bitcoin, the support which felt safe in 2019 around 0.0001 BTC has been broken despite increasing volume and a sharp rise in April. Support is currently around 0.00008 BTC, and resistance in this range is 0.00011BTC. 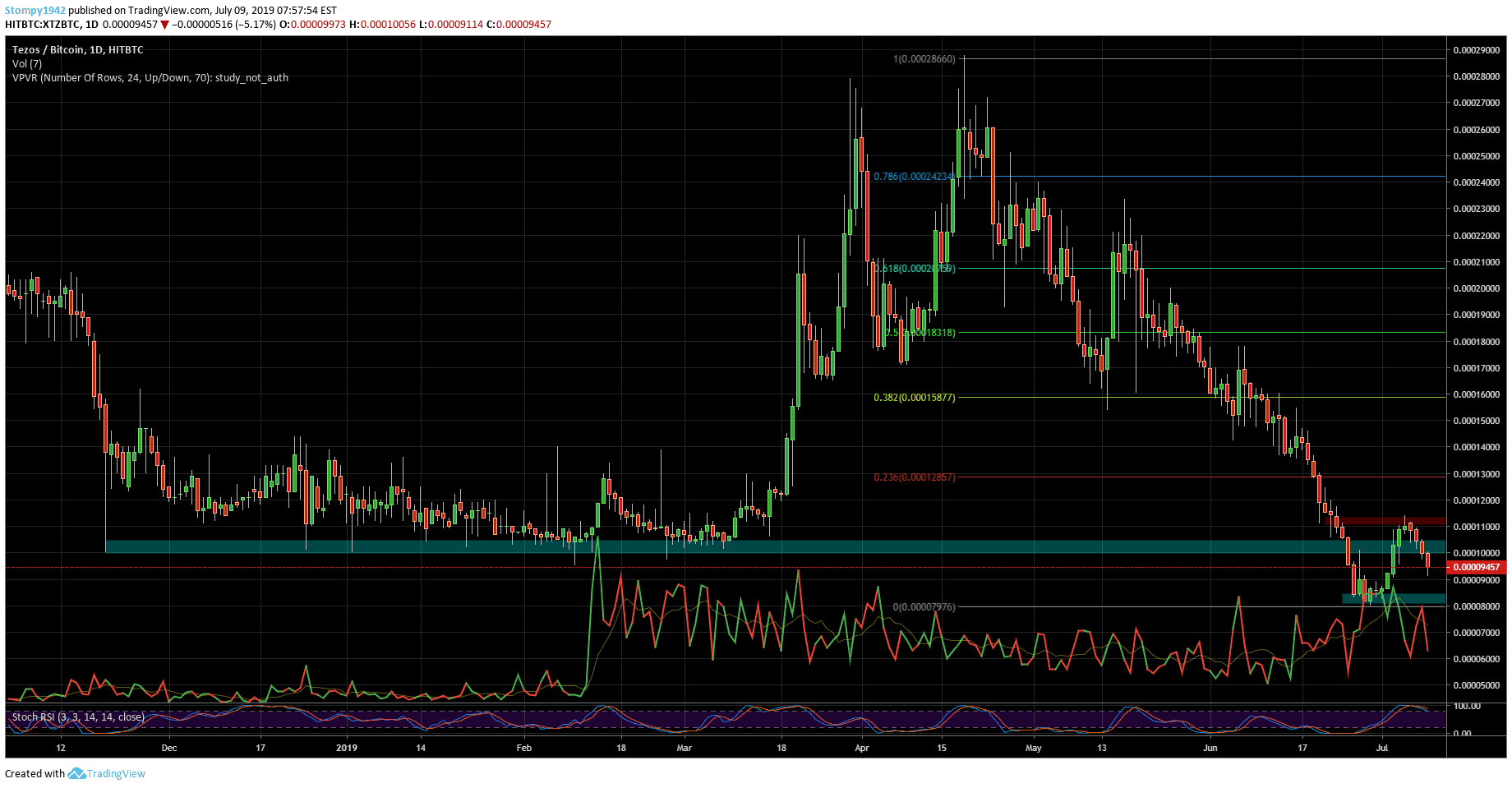 Against the dollar, TRX is in a trend which has been shaping up since the beginning of the year. If the trend is confirmed, support will exist around $0.03. Resistance lies at $0.04. Since the sharp increase in May, volatility has also spiked. 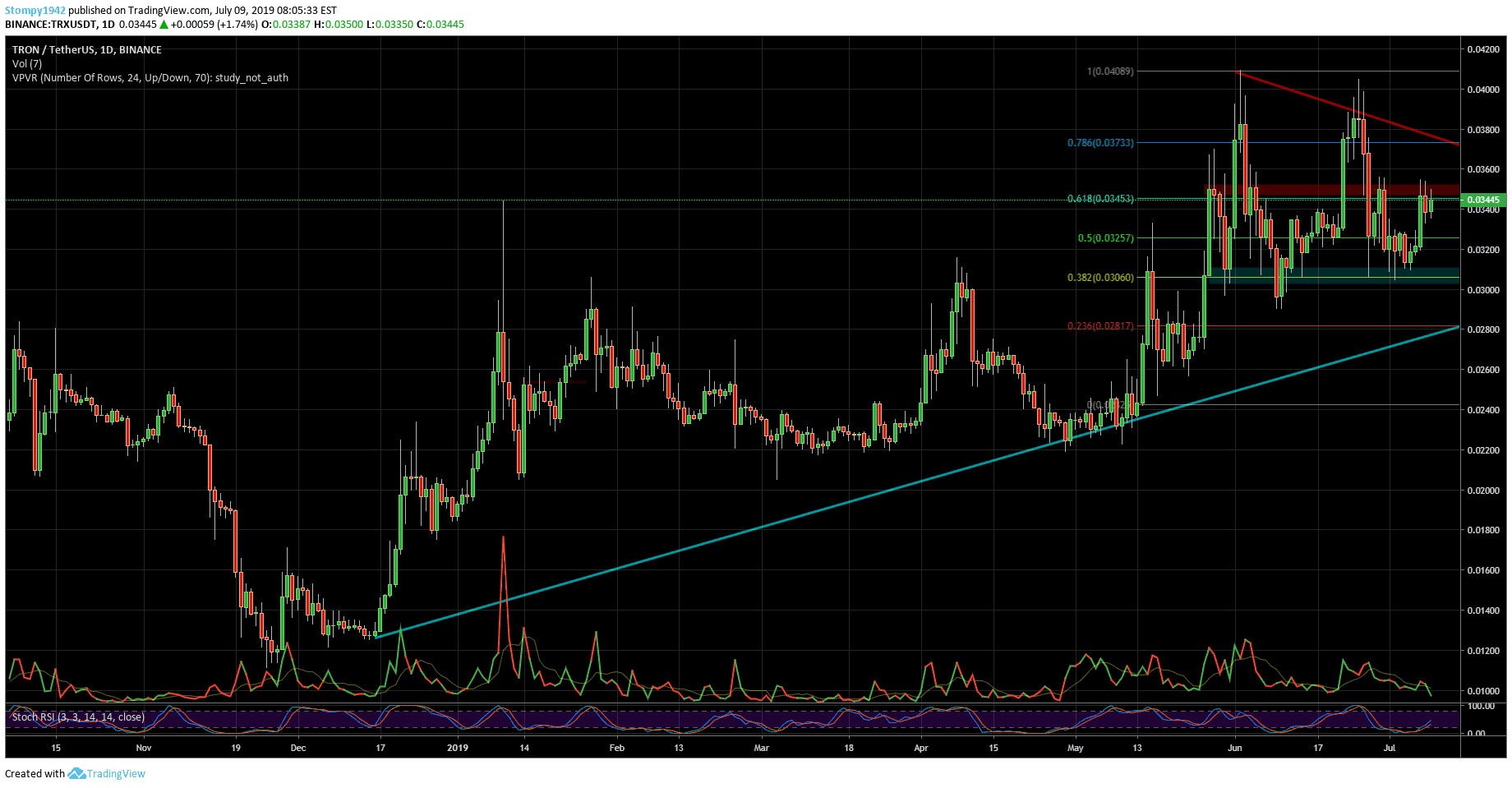 Against BTC, we are back at last year’s support around 270 satoshi. Resistance in this range is 310 sat. 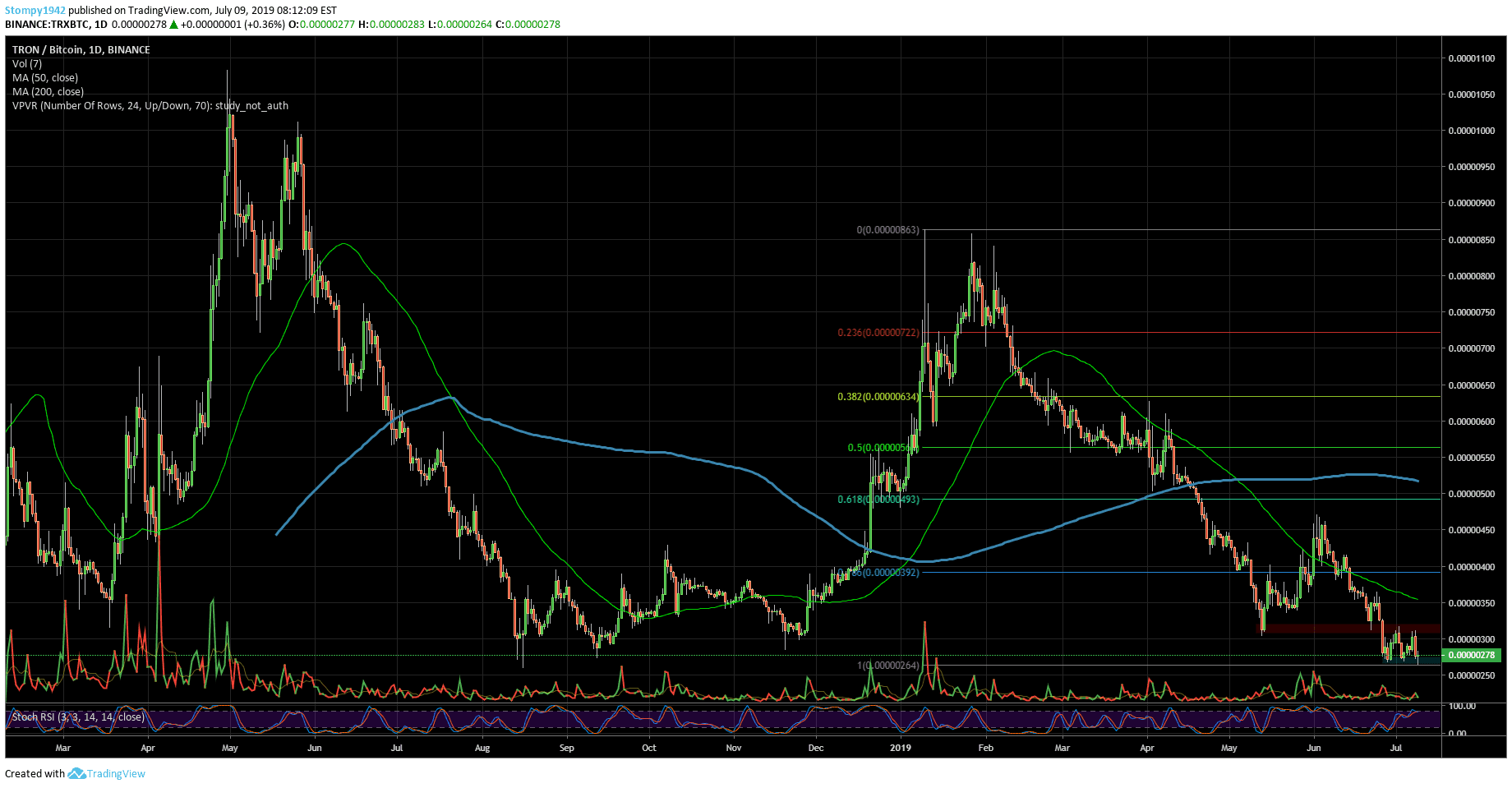