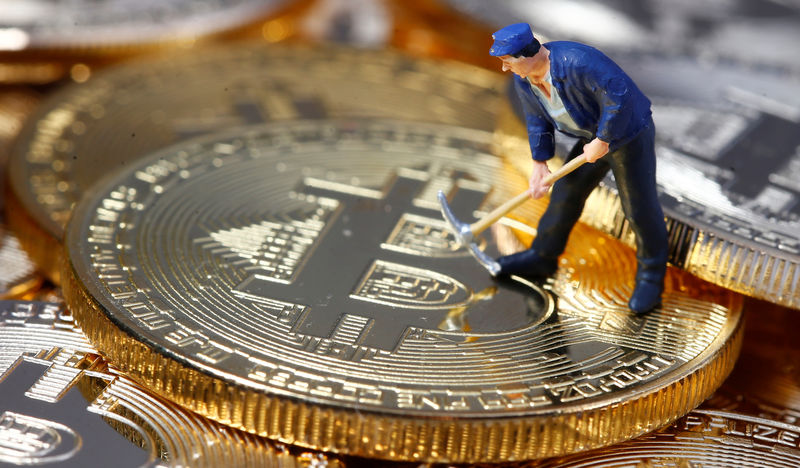 © Reuters. A small toy figure is seen on representations of the Bitcoin virtual currency in this illustration picture

LONDON (Reuters) – held on Tuesday near its highest for two weeks after surging as much as 9% overnight, a move analysts said was probably driven by hopes that cryptocurrencies are gaining wider acceptance after Facebook (NASDAQ:) disclosed plans for a digital coin.

The biggest cryptocurrency has gained over 45% since Facebook laid out plans last month for its Libra coin, sparking renewed optimism that cryptocurrencies will gain mainstream acceptance among companies and individual users.

“What we have seen in bitcoin over the last couple of weeks is still very linked to Libra,” said Craig Erlam, senior market analyst at OANDA. “People allude to the idea that bitcoin is a more mature industry than previously.”

Bitcoin remains highly volatile. It has gained nearly 240% this year after slumping by three-quarters last year.

Analysts pointed to other data points that suggested usage of bitcoin is growing. Peer-to-peer exchange of bitcoin – a proxy for non-speculative usage – is at its highest for nearly eight months, said Mati Greenspan of eToro.