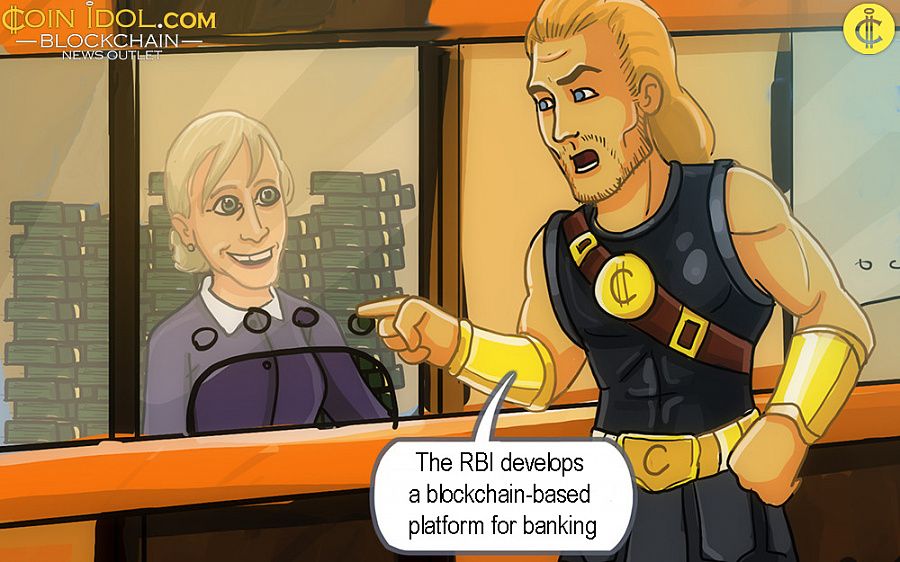 The Reserve Bank of India (RBI) develops a blockchain-based platform for banking starting with its R&D branch. The distributed ledger tech (DLT) platform is going to host a wide spectrum of blockchain applications beginningovel  in 2020. The blockchain-powered platform will serve financial institutions including banks and will start with the RBI’s R&D branch. The new platform is generally for DLT use case for the government in financial banking.

It seems India realises the disruptive potential of blockchain for the entire industry. However, their stance for cryptocurrency remains quite hostile. The RBI has been for long hostile on bitcoin and other cryptocurrencies, for instance, it ordered other commercial banks not  allow any client who is involved in cryptocurrency activity to access the banking services, noting that any client found doing so should be brought to book and his or her bank account frozen.

Bitcoin Traders are no Longer Making Profits in India

Also, back in April, the RBI announced that digital currency projects such as ICOs and digital asset exchanges would not be allowed in its regulatory sandbox project. It seems India’s stance on blockchain, DLT and digital asset technologies was like
China. China is friendly to blockchain but hostile to Bitcoin. As a matter of fact,
Bitcoin dealers in India are no longer at ease since they are not benefiting anything from the industry, the still live under fear thinking that they might be caught and charged accordingly especially those people who are using VPN to bypass the ban on cryptocurrency trading. And due to the voids in the regulatory framework and weak cybersecurity, a cryptocurrency exchanges are trying to develop P2P system, but it looks like the hackers are on top of their game to take advantage of this.

This is probably due to a huge number of scams affecting the population and lack of awareness about the technology. Earlier this year, RBI submitted a
petition to ban all cryptocurrencies. And the supreme court gave the Indian government a deadline to draft the DLT and digital currency regulations.

Banking industry tends to treat cryptocurrencies cautiously. However, as per the Financial Stability Board, virtual assets don’t pose a big economic threat to the international stability although it is important for them to have an effective and solid watchful monitoring, since the whole cryptocurrency market is significantly changing at a high rate. As we very well know that it’s very hard to
separate digital currencies from banks, the governments have to do everything possible to regulate this embryonic lucrative business but not banning it completely.

Liquidity and the Future of Digital Asset Exchanges