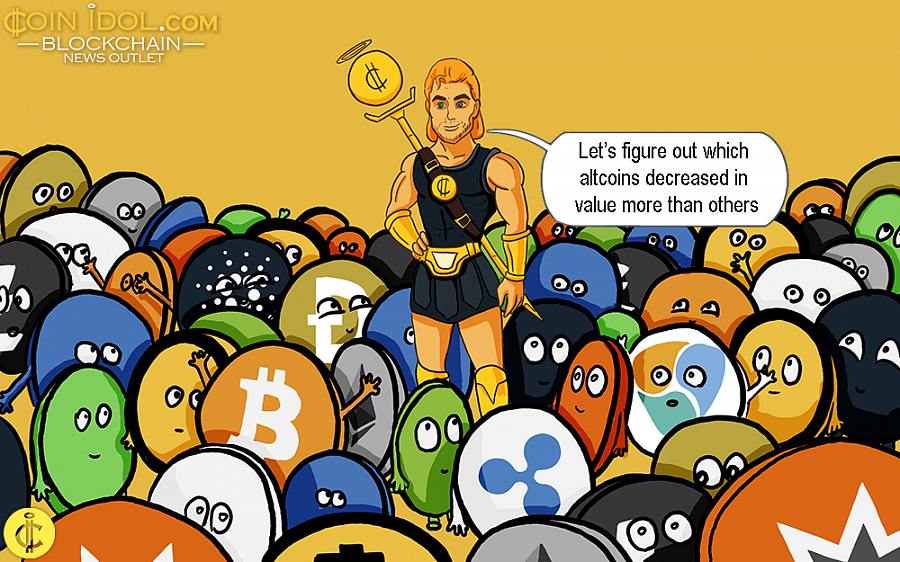 The market saw Bitcoin jumping to a marvelous $14,000 at some exchanges, now we observe massive withdrawal of funds, which obviously affected prices of all cryptocurrency coins. With the whole market trading in the red, let’s figure out which altcoins decreased in value more than others.

Tezos (XTZ), Waltonchain (WTC), Waves (WAVES), Nano (NANO), and Verge (XVG) became the largest losers in June, according to
coincodex. They have lost from around 29% to 43% of total value. Meanwhile, the total market cap has decreased by 10% over the past 24 hours, with almost 12% drop in total volume in the last day.

Tezos is changing hands at $0.876040 at the moment of writing, seeing a nearly 44 percent loss in the monthly time frame. The cryptocurrency has a capitalization of $578.89 million and trading volume of $11.60 million in the 24H. XTZ will allegedly conduct a
hard fork, as developers have taken different roads and chosen to pursue different purposes. Now, Tezos team has started hiring people, beginning with
Roman Schnider, co-founder of Switzerland’s blockchain venture PricewaterhouseCoopers, as CFO. 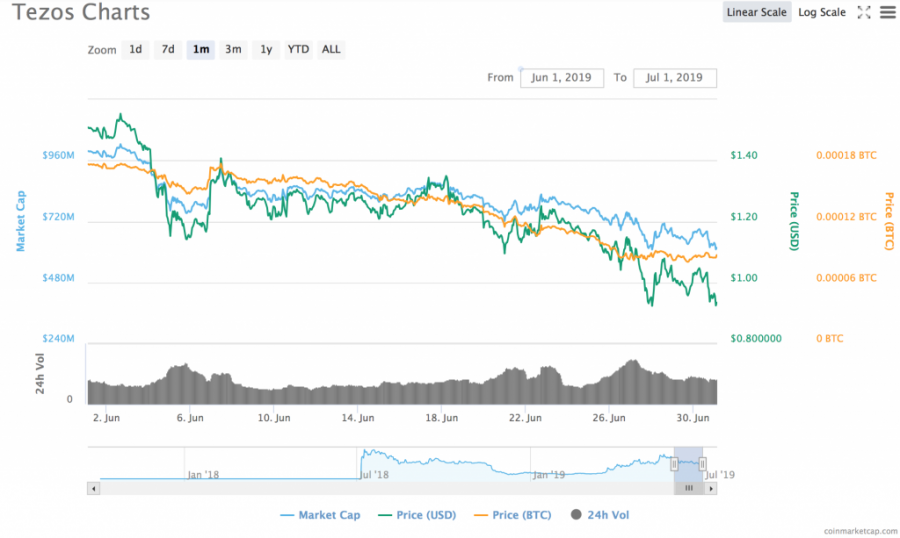 Waltonchain can be bought for $1.59 per each coin, it is 34 percent down since the previous month. The cryptocurrency sits at $66.32 million market cap, with $8.46 being traded in the last day. Waltonchain was struggling in June, having upgraded its
mainnet due to the risk of attack. 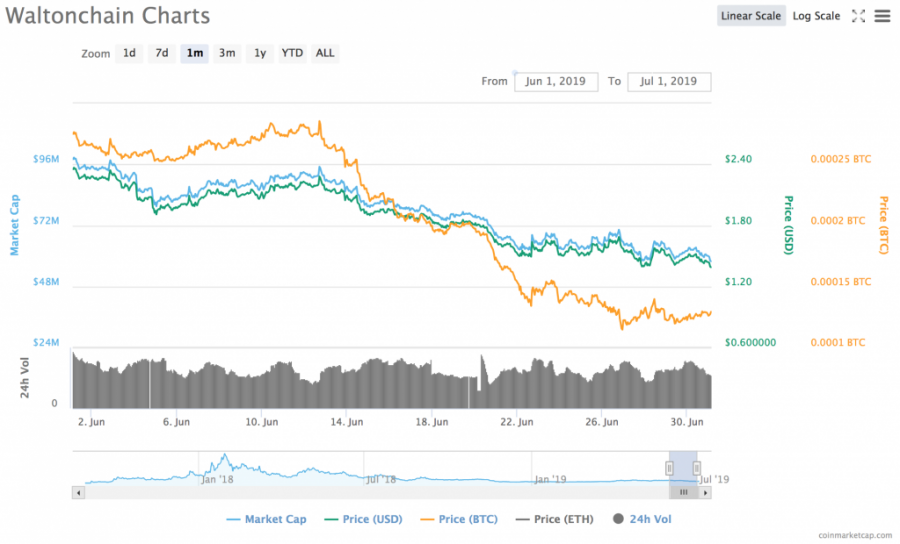 Waves has a price of $1.83 and can be bought at such exchanges as Indodax, Kuna, Upbit and HitBTC. The capitalization of the cryptocurrency is $183.30 million. At the end of June, Waves announced its brand-new programming language for smart contracts called
RIDE. 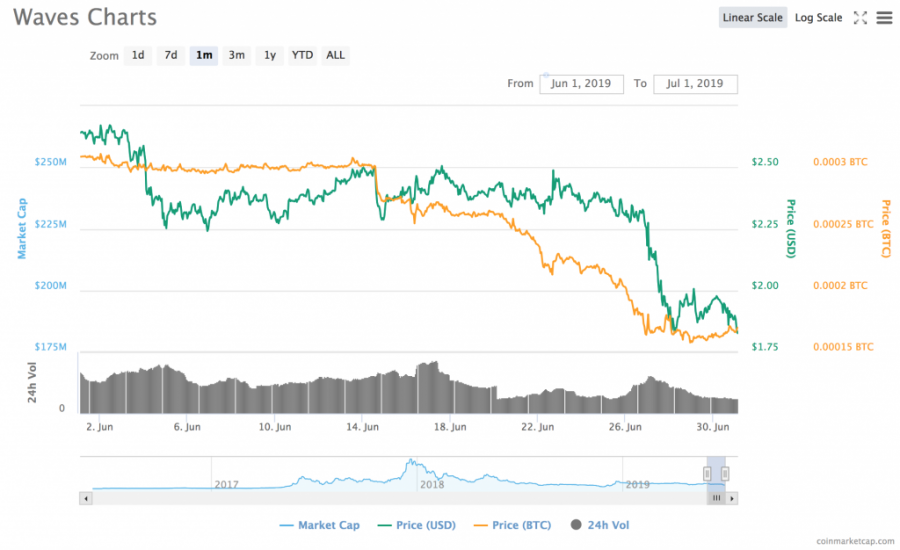 Nano has lost 30 percent from its value this month and is trading at $1.22 at the moment of writing. The cap has appeared to maintain $162.58M, with $6.53M being traded in the last 24 hours. It is worth mentioning that Nano has become the first digital currency payment option for the U.K. electronics company
Kappture. 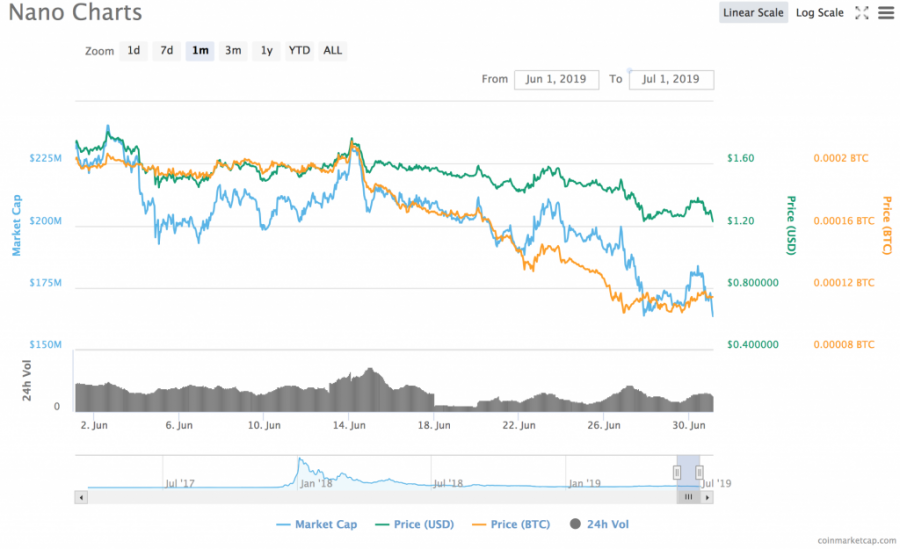 Verge has experienced a 29 percent drop in price, trading at $0.007771 per coin. XVG has a market capitalization of $122.77M. It has recently partnered with
XcelTrip and XcelPay, which allow XVG to be used in various hotels and airlines as well as pay for other goods and services. 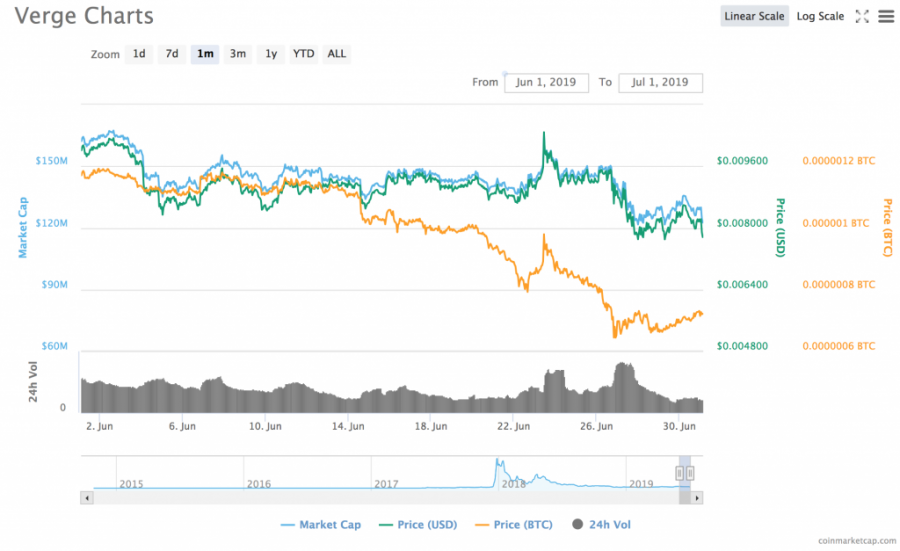