Last week, the market was falling to local minima, trying to continue the long-term downtrend. But the support at the minimum was quite strong. This may allow the market to make correction at the moment.

This situation is typical for almost all cryptocurrencies. The market will continue to move upwards in the correctional corridor in short term. But the long-term outlook remains downward, although a number of cryptocurrencies are already very close to their bottom.

BTC/USD demonstrates the development of a downward impulse to the support line of the main long-term channel – $ 2455. It should be noted that Stochastic remains in the oversold zone, which, on the one hand, indicates a continuation of a steady decline, and on the other hand, a pullback approach. The formation of convergence on MACD is also observed. 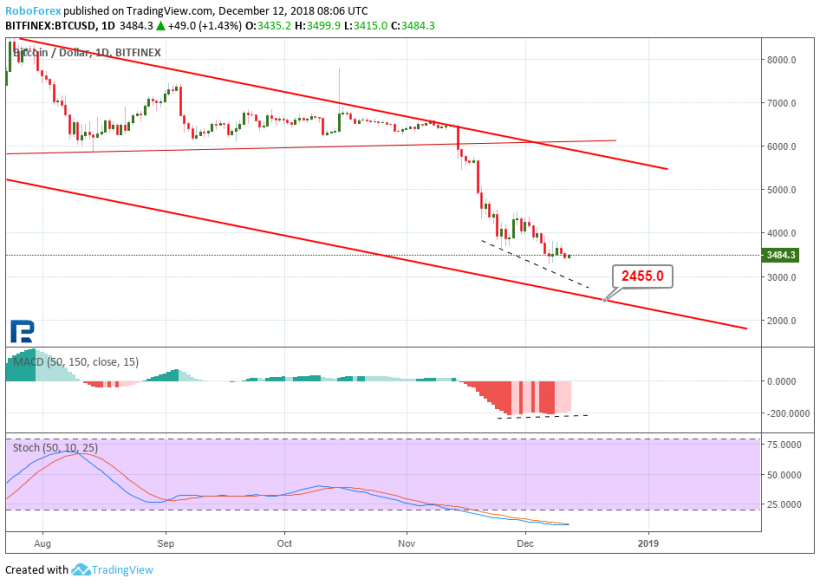 According to the 4-hour chart there is the evolving correction within the downward corridor. Testing the support line is likely to end with a rebound and resistance breakdown. The local growth target after the breakdown is the level of resistance – $ 3808. BTC/USD may grow to the line of resistance – the mark of $ 4020. At the same time, without excluding the possibility of a support breakdown at $ 3,392, it is necessary to consider the option of developing another impulse to reduce to the psychologically important level of $ 3000, and with its breakdown – to $ 2,530. The “Black Cross” on the Stochastic indicator will be a confirmation signal for the decline. 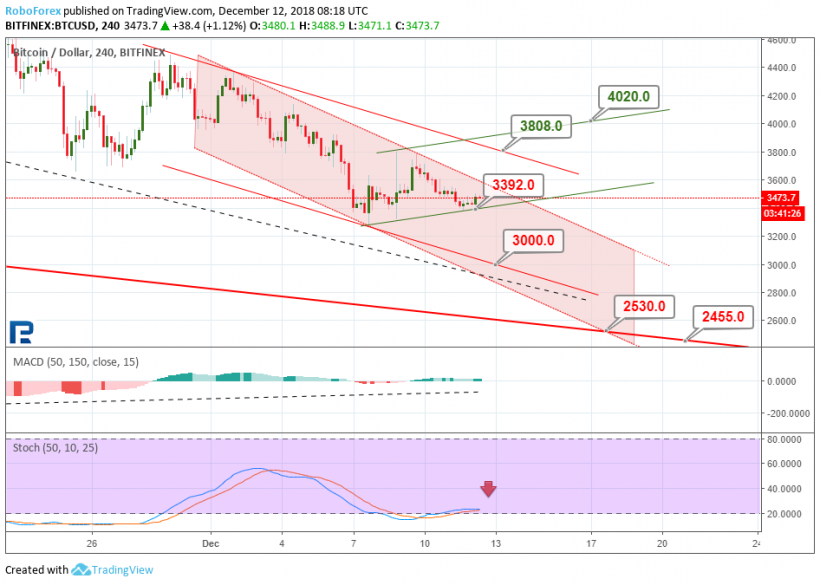 If we consider the 1-hour chart of BTC from the point of view of technical analysis, then first of all, we note the formation of “Golden Crosses” on the indicators of Stochastic and MACD. This picture may be a confirmation of the hypothesis of the formation of a short-term correctional growth phase, the nearest target level of which is in the area of $ 3,800. 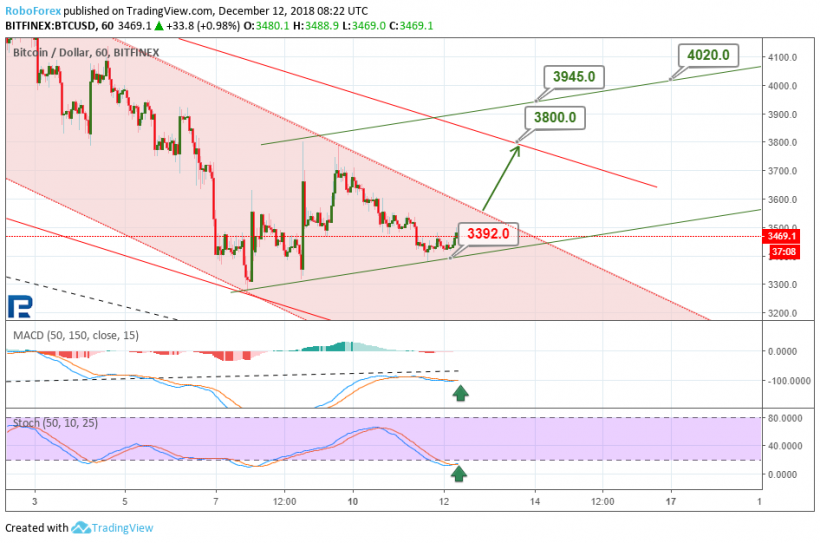 EOS/USD demonstrates the breakdown of the resistance line of the downward channel with the movement of quotations to the upper projection channel, and the formation of a correction trend. The output of Stochastic from the oversold zone is also evidence of growth. The main goal of the correction is to consider the resistance line of the projection corridor – the level of $ 2.4300. From this level, you can expect a rebound and a decline to parity. 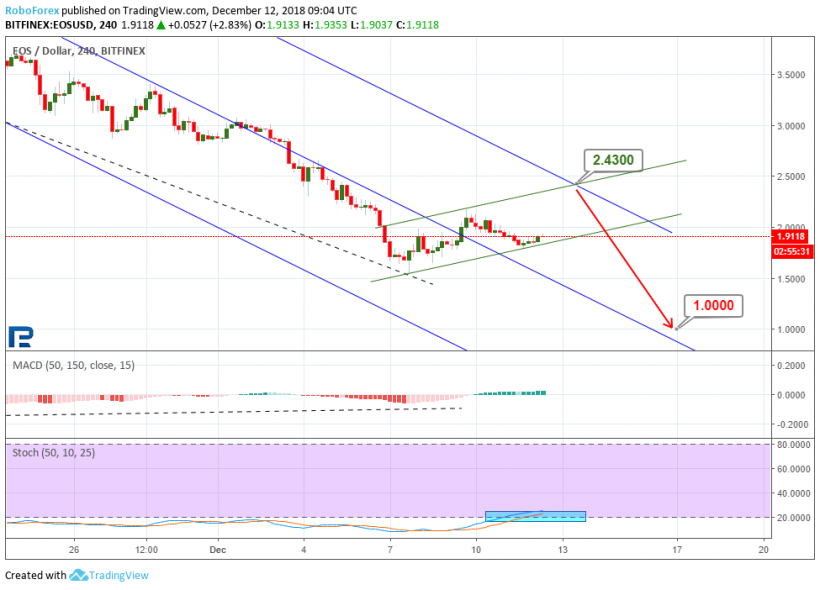 Considering the EOS on the 1-hour chart, we can see that the quotes tested the support line in the region of $ 1.8415. At the same time, Stochastic is in the oversold zone, at the exit of which the Golden Cross will be formed, giving an additional signal to growth. 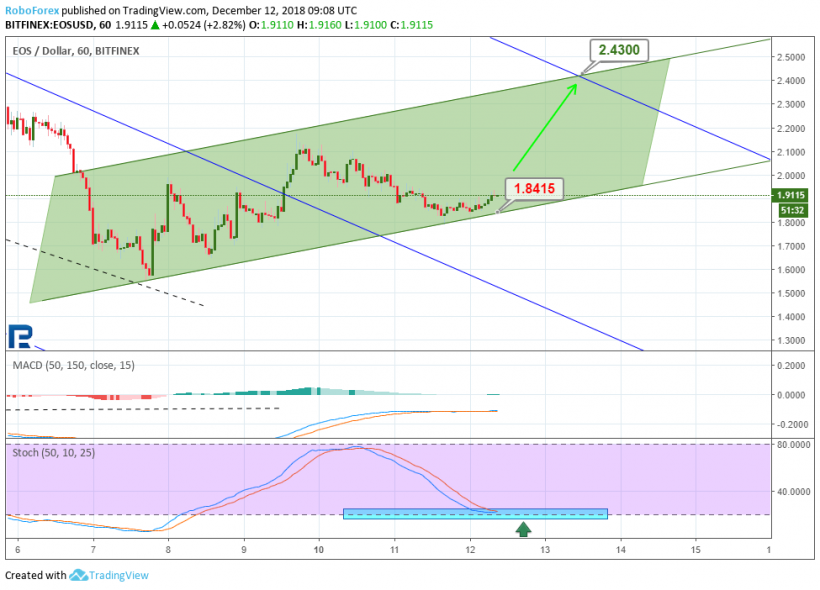 Considering the dynamics of Ethereum on the 4-hour chart, we note that the ETH/USD is within the downward channel. At the same time, the MACD went into the positive area, and Stochastic went out of the “oversold” zone. Both factors indicate a possible development of a correction trend in growth. But the main supporting signal should be the breakdown of the resistance line at $ 96.00. The growth target is projection channel resistance level at $ 110.00. In spite of everything, it is also important to consider the option of breaking through local support and continuing the development of the main trend to the level of $ 60.00. 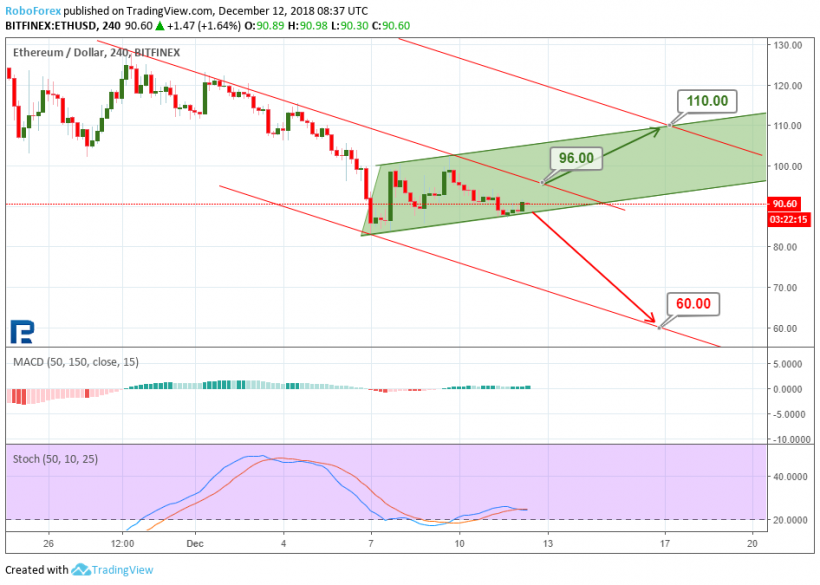 1-hour chart confirms the general mood of a larger scale. It is worth noting the formation of the “Golden Crosses” on the indicators Stochastic and MACD. This circumstance indicates a high probability of breakdown of resistance in the region of $ 96.00 and subsequent growth in the area of ​​resistance of $ 106.70- $ 110.00. 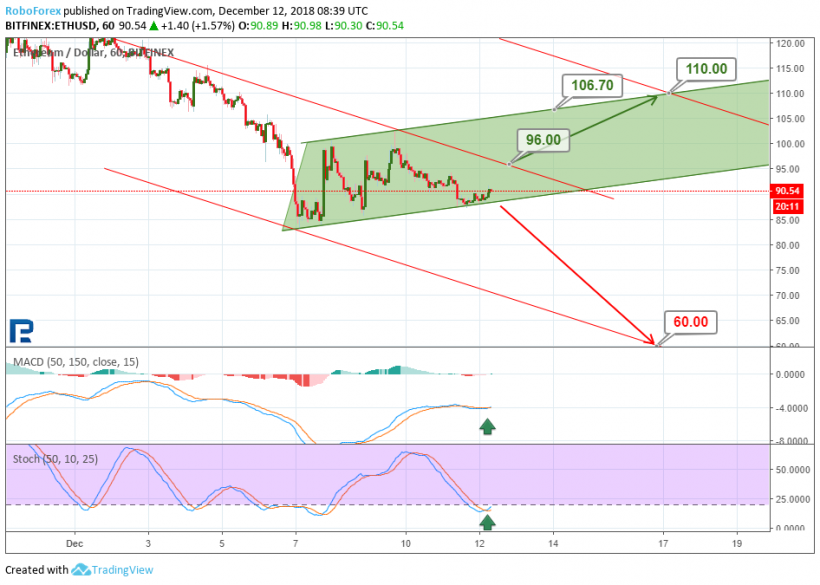 When looking at the technical picture of the XLM on the 4-hour chart, we see that the cryptocurrency quotes have overcome the resistance line of the medium-term downward channel and are trying to break the resistance of the short-term one. Current resistance is at $ 0.1183. Overcoming this level will signal the further development of corrective growth to the main resistance line – the level of $ 0.1430. Previously, we could observe the formation of convergence on the MACD and Stochastic indicators, which warned of a rollback. 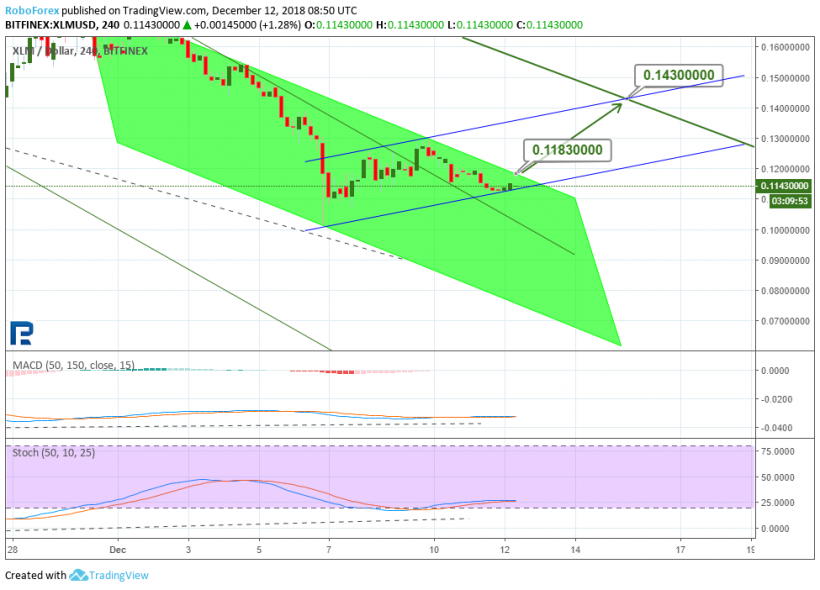 There is a more detailed picture of the development of a corrective uptrend on the 1-hour chart. On the MACD and Stochastic indicators, the formation of additional signals is expected – Golden Crosses. Breakdown of local resistance at $ 0.1183 is also expected. Assuming the possibility of overcoming support, as a goal of reducing is the level of $ 0.0920. 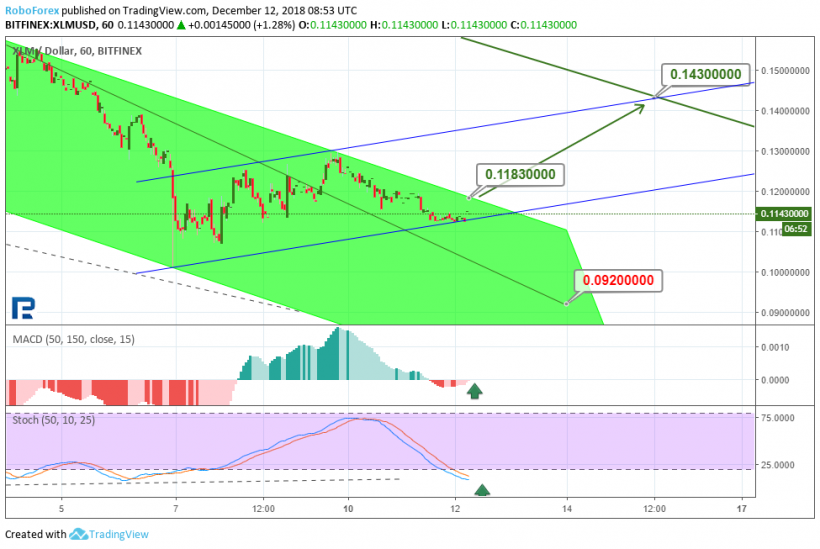 END_OF_DOCUMENT_TOKEN_TO_BE_REPLACED

The Bulls Get Back In The Game: Bitcoin Rises Up To $3800