At press time, bitcoin is still up for the most part, but down compared to where it has been over the past week. Currently, bitcoin’s price is just over $10,100, which is down from where it was this morning at $10,300, and it seems to be falling by $100 or so every hour.

Bitcoin Is Striking Some Low Chords

This isn’t good in the sense that bitcoin is on the verge of falling below the $10,000 mark. The currency has worked very hard to beat this level of resistance, so any trading in the $9,000 range will be a nasty step back, especially considering the currency was trading for approximately $13,600 mid-last week. Wednesday appeared to be the major turning point for bitcoin. Since then, the asset has been falling steadily, though there have been occasional gains here and there.

Sadly, those gains haven’t lasted long. The currency appears to be on a path of correcting itself. One source suggests that the present behavior of bitcoin is related to the idea that crypto is somehow losing steam. That enthusiasts are losing their interest little by little, and digital assets are no longer attracting the attention they did just weeks before. This seems a bit unlikely considering how little time has gone by. It’s hard to assume that people’s attitudes can change that quickly. 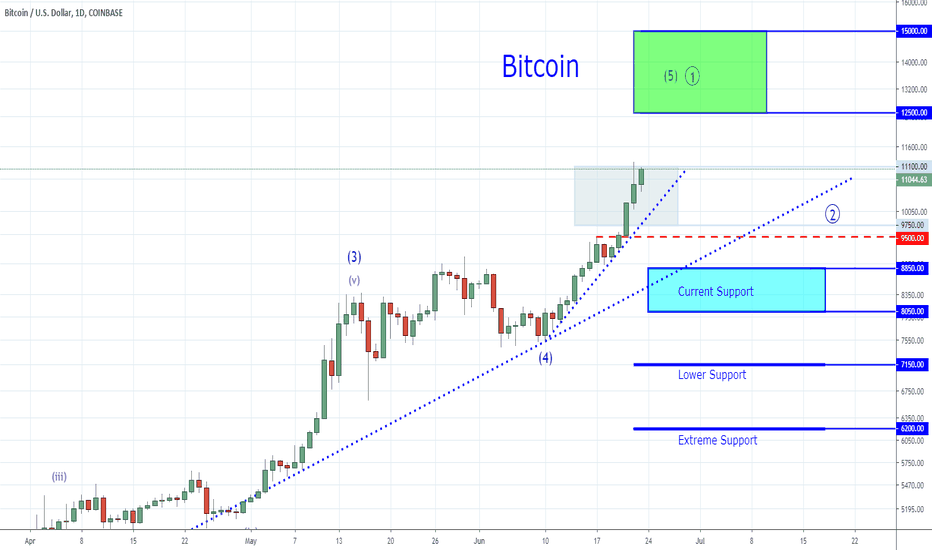 In terms of its recent gains, some sources attribute this either to Facebook’s sudden burst in the crypto scene – the social media platform is entering the digital asset space with its new cryptocurrency Libra – while others suggest that tether is still pushing and manipulating the currency’s endeavors.

Either way, both May and June of this year have appeared to be solid months for bitcoin, with most of the meteoric rises occurring over the past 60 days. To think: bitcoin initially began at $5,000 in early April, and while it’s presently down from where it was last week, the currency is still trading for more than double where it was just three months ago. This warrants a heavy level of respect, especially considering the coin spent much of 2018 and the first quarter of 2019 in the doldrums.

What Will Happen in This New Month?

Following its rise to nearly $20,000 in December of 2017, bitcoin began sinking into oblivion the following month and continued to do so throughout all of 2018, falling into the mid-$3,000 range last November after a controversial bitcoin cash hard fork that pitted many industry leaders against each other. Many traders thought the end of crypto had finally come, but April of 2019 is when things really turned around.

As we enter July, we’re off to a shaky start, and we can only hope that the correction we’re seeing is temporary, and that arguments stating such corrections as normal are based in truth.