The futures in question are standardized contracts that bind a party to buying or selling bitcoin at some set time after signing.

According to the post, CME Bitcoin futures hit $1.7 billion in notional value traded on June 26, a 30% increase from its last recorded high. The open interest for BTC futures now sits at 6,069 contracts, reportedly as a result of institutional interest. 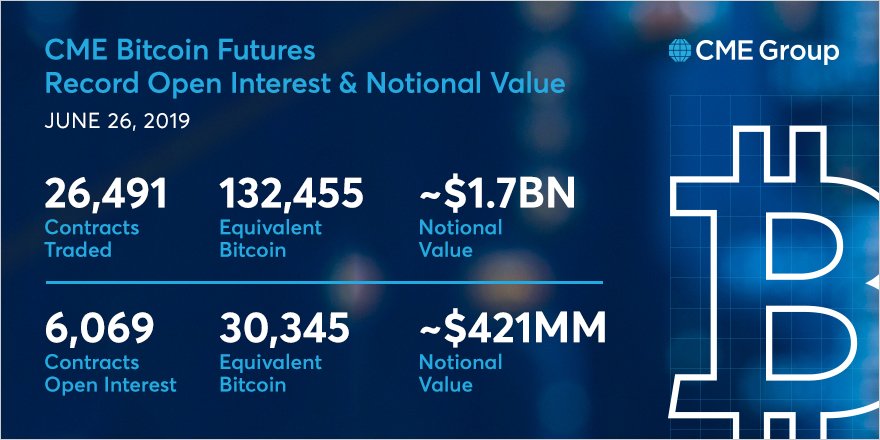 A week prior, on June 21, CME bitcoin futures broke $10,000, according to data on TradingView. Just one day prior to that, on June 20, the CME Group posted another record high of 5,311 open futures contracts totalling 26,555 BTC — approximately $280 million at press time.

The value of the cryptocurrency BTC itself is hovering around $10,500 at press time. Bitcoin peaked around $13,800 last week, but failed to hold at $12,000 after temporarily trading sidewise in that range on June 28 and June 29.

As previously reported by Cointelegraph, BTC bull Max Keiser recently predicted that altcoins will go under as investors move heavily from alts to BTC due to its technical superiority. “The altcoin phenomenon is finished,” said Keiser.

‘Not Everyone Is Happy but We Have to Move on,’ Some Challenges to the FATF’s New Guidance