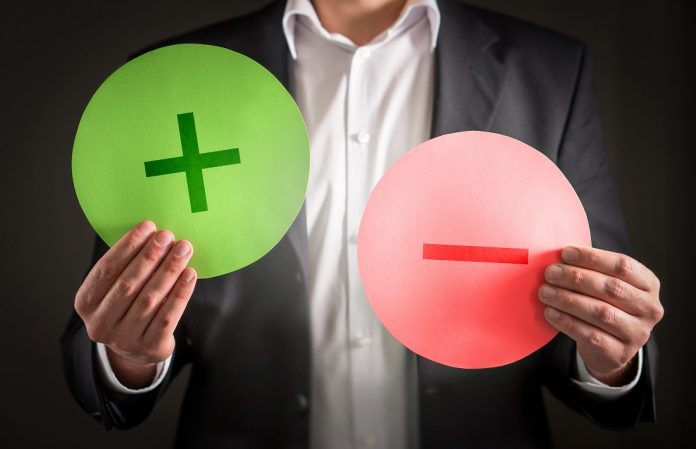 It is a well-known fact mainstream media outlets seemingly have a love-hate relationship with Bitcoin and other cryptocurrencies. Some say this is due to ignorance, whereas others see it as blatant fear mongering. Regardless of which explanation fits the narrative, the recent opinions by Jonathan Trugman are quite interesting in their own right.

Libra Will not Validate Bitcoin in any way

While there is a lot of merit to this particular statement, it also appears Trugman doesn’t see the much bigger picture. Bitcoin does not “require” validation from anyone or anything, especially not a social media company which has been in the hot seat every few months for various reasons. Libra is not even a cryptocurrency either, although the media certainly likes to throw it in the same bag as Bitcoin for that matter.

Trugman also claims a lot of “smart people on Wall Street” share his opinion in that regard. That is a positive sign, as Libra and Bitcoin will be very different from one another in every single regard. That is, assuming Facebook’s project will be allowed to exist, as there seem to be some controversial opinions on the possible requirement for a license prior to issuing this new digital currency.

This is where Trugmans opinions quickly start to make less sense. Although there is nothing wrong with boldly stating one’s personal beliefs and thoughts, there is no reason to even contemplate why Facebook’s digital currency would be a threat to Bitcoin. In fact, it seems as if this move could have the exact opposite result. As more and more people get acquainted with digital money, they might flock to proper alternatives such as Bitcoin and top altcoins.

Bitcoin has no Wall Street Traction

To this date, it is certainly unclear how things are shaping up on Wall Street. Despite some noteworthy individuals discussing cryptocurrencies in recent years, no one has openly shared his or her Bitcoin holdings with the world. That is not required either, by any means, but it would make onlookers believe the world’s leading cryptocurrency is not gaining any traction in this department.

At the same time, one has to wonder if the “backing of Wall Street’ would even be beneficial to Bitcoin and other cryptocurrencies. It would certainly inject more capital into cryptocurrencies as a whole, although it seems all of the markets are doing just fine with the wealthy elite at this time. It is a bit uncanny how people still consider Wall Street to be the “big league of finance”, as that era seemingly came to an end during the 2008 financial crisis.

Bitcoin Fails Because it is not Physical

In an era during which virtually all of finance has become digital, calling out Bitcoin for not being a physical product seems very odd. It can also be interpreted as a sign of misunderstanding what cryptocurrencies are all about. Bitcoin has never been physical, nor does it need to be. Trugman also doesn’t explain what physical Bitcoin product he would like to see, as it seems no one is even waiting for such a product in the first place.

Bitcoin has no Balance Sheets

Although it is evident the arguments above could make sense up to a certain degree, this one seems to be rather outlandish. Bitcoin is one of the only mainstream forms of money with proper balance sheets, which is called the blockchain. In fact, it is more transparent than all of finance combined, as anyone and everyone can publicly audit these balances at any given time without requiring specific software or knowledge. In terms of which assets back the Bitcoin value, this statement would be valid. Then again. Bitcoin works very differently from all centralized forms of money and should be treated as such.

Crypto Is Growing, and So Are All the Scams