Coinbase first reported that it was investigating an issue in which its API and website were not functioning properly at 1:47 p.m. PDT on its status website.

According to the daily chart of bitcoin price on Coin360, bitcoin’s price and market cap began to plummet around 1:25 p.m. PST, just minutes before Coinbase’s first announcement. 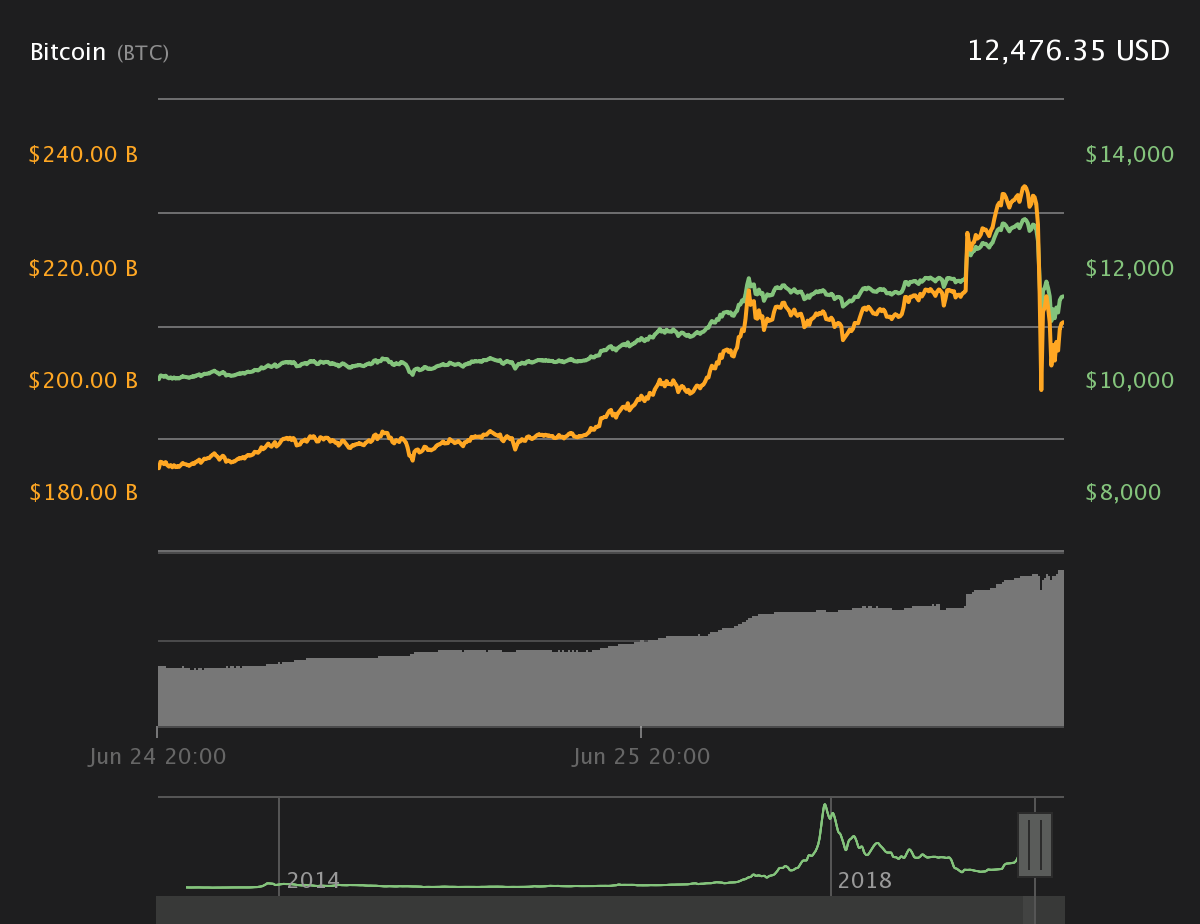 By 2:13 p.m. Coinbase reported that it had identified the problem and was implementing the fix. By 2:38 p.m. the problem was reported to be resolved. A Cointelegraph correspondent with a Coinbase account checked to confirm the site was operational.

Today’s crash follows a degraded performance report on June 25 and another crash incident on June 24, both of which were resolved within an hour of reporting.

The crash comes on the heels of today’s rally in which bitcoin surpassed both the $12,000 and $13,000 price marks in a matter of hours.

At press time, bitcoin seems to be recovering slightly from the dip, up 0.71% in the past hour and still up 9.48% on the day, according to data from CoinMarketCap. Bitcoin is currently trading at $12,690.