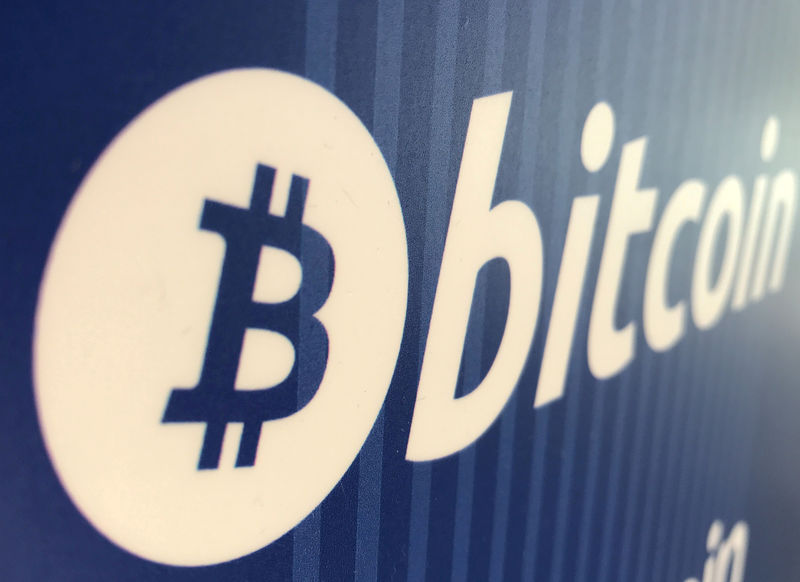 © Reuters. FILE PHOTO: A Bitcoin logo is seen on a cryptocurrency ATM in Santa Monica

LONDON (Reuters) – Bitcoin jumped to an 18-month high on Wednesday, a surge analysts said was caused by nervous traders looking for safety in alternative investments and expectations that Facebook’s Libra could turn cryptocurrencies mainstream.

The world’s biggest cryptocurrency has surged in value since April and was trading close to $13,000 on Wednesday. It is now up 240% since the start of the year, although it remains below its all-time high of nearly $20,000.

Investors have flooded back into digital currencies after a bruising 2018. Bitcoin has risen for eight consecutive days. And now Facebook (NASDAQ:FB) has said it would offer its own cryptocurrency, the Libra coin, by end of June 2020.

“It obviously does appear to be benefiting from some sort of flows that gold is benefiting, too,” said Michael Hewson, chief market strategist at CMC Markets. “You’ve got all this stuff about Libra going on, which is renewing interest in bitcoin. Crypto is back in vogue.”

He added, though, that the investors buying bitcoin were speculative.

With major central banks keeping interest rates near all-time lows, investors have been looking for ways to diversify their portfolios, including through cryptocurrencies, analysts say.

Bitcoin CME futures volumes have increased in the past few days as investors look for ways to get their hands on the coin via the derivatives market. Bitcoin last traded at $12,430 on the Bitstamp exchange after reaching a high of $12,935 earlier in the Asian session.

The cryptocurrency has rocketed 150% since early May, along with big rises in other smaller digital currencies such as Ethereum’s ether and Ripple’s XRP.