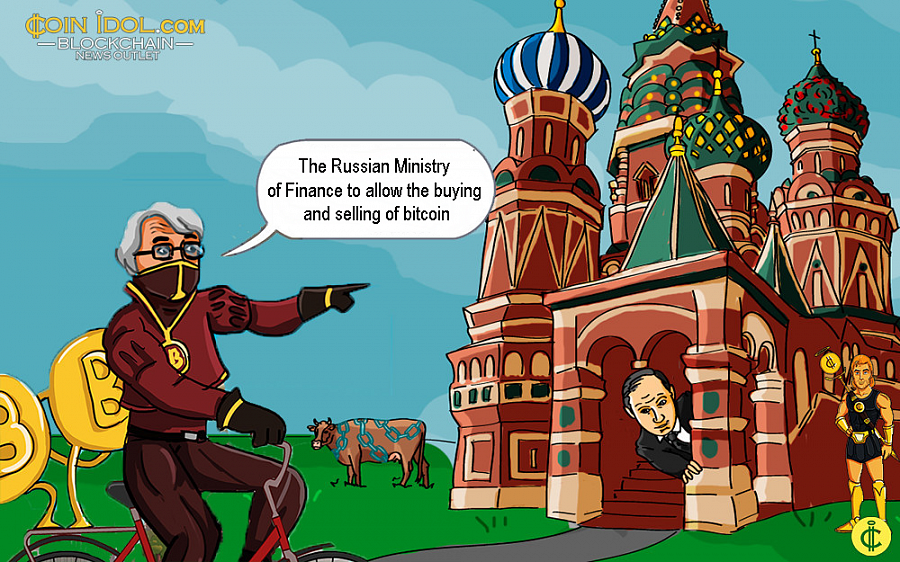 The Russian Ministry of Finance discusses the possibility to allow the buying and selling of bitcoin and other major types of cryptocurrency. The legislators and the finance ministry are preparing to draft a law on the circulation of digital currency in the country, and the idea of ​​accepting their trading is under a serious discussion, however, the final conclusion on this matter has not yet been reached, according to Deputy Finance Minister Alexei Moiseyev.

Recently, there was a meeting between the Central Bank of Russia and the a security agency Federal Security Service (FSB), to ascertain how much bitcoin and cryptocurrency can be applied in the country.

So far, there is a wide range of activities ranging from ban to leeway of purchase. Like any other foreign currency, it is very possible to trade cryptocurrency, however, it is still a slow process of payment compared to fiat currency. When a political conclusion is made on this very matter, the country through the ministry of finance will take on the burden and the responsibility.

Anatoly Aksakov, Head of the Duma Financial Market Committee, called the establishment of this idea a compromise and settlement solution and revealed that according to Financial Action Task Force (FATF) recommendations, the Russian Federation should approve a bill on the use and circulation of digital assets before this year ends, since will also help in valeting illegal proceeds.

Russia Realizes the Benefits of Bitcoin

Russia is known for its quite hostile attitude towards cryptocurrencies. Earlier this year, the Deputy Chairman of the State Duma Committee,
Nikolai Arefyev, suggested that virtual currency should be banned in every country, suggesting that any person caught using it after being barred, should be brought to book.

The Central Bank is also planning on putting a
limit on cryptocurrency trading that will last for around 12 full months. The ban will start by dealing with the “unqualified investors” participating in digital asset operations. The central bank will amend the standing draft on cryptocurrency bill dubbed “On Digital Financial Assets.” On the other hand, the Bank of Russia is also considering to
launch a central bank digital currency (CBDC), digital form of fiat money that is a currency established as money by government regulation or law, sooner or later, according to the local news outlet TASS on June 15.

Celsius Network Is Next Crypto Company to File Bankruptcy