Canadian actor William Shatner is known for his over-the-top acting style and his history with the Star Trek franchise, but what many people likely don’t know is that aside from performing on camera and directing, he has a long-running history in cryptocurrencies.

Shatner… Is a Fan of… Crypto!

Starting in the summer of 2018, Shatner has served as the face of a Canadian startup known as Solar Alliance, which uses the sun to power cryptocurrency mining rigs. The computer networks, which mine bitcoin, got Shatner interested in what crypto was all about. Following this partnership, he became the face of a second crypto company. This one, known as Mattereum, is based in London, and it logs “detailed data about objects” on the Ethereum blockchain.

Since then, a third startup has appeared with Shatner’s face on it. The venture, Third Millenia, allows customers to utilize Mattereum’s technology to “legally transfer ownership” of items via the blockchain. He comments that this is a great way to record history and bring people’s stories to light. Aside from serving as an advisor to the company, he is also a co-founder and spokesman.

Science fiction is the exercise as complete as possible, as far as you can go, of imagining the future, and we all understand that in the end, humanity, once it imagines something is inspired to make it concrete, to make it happen. That’s what has happened.

Third Millenia initially came about in May of 2019 and is scheduled to go live next month. While the transfer of ownership between items is a major goal for the company, it is also largely about proving an item’s authenticity for someone who might be interested in purchasing it, whether it be an action figure, an item of clothing, a rug or whatever else floats a customer’s boat.

At press time, both Shatner and the company’s CEO Paul Camuso are engaged in a very interesting project: to create a long line of William Shatner-based merchandise that the company can monitor from start to finish. The goal is to track all the items and feature them on the company’s platform to show what it’s capable of.

Shatner believes that tracking an item’s creation and authenticity allows it to “retain value,” while the story behind it is what ultimately “gives” it its value. He comments:

I recognize a prospect of the future, and that is identifying things using blockchain… We can authenticate anything and register it and it then becomes unassailable.

Camuso says there’s a huge problem regarding counterfeit products as of late, and he believes Third Millenia has the power to end this problem in the future:

This service is vital to the luxury goods market. There’s a huge problem with counterfeits and doing something like this could help curb counterfeit goods in the secondary market.

Pariahs of Silicon Valley: How Ben Mezrich Writes About the Winklevoss Twins 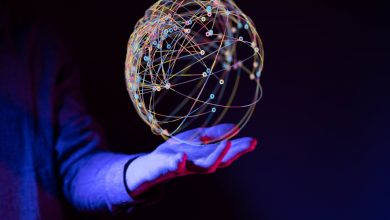