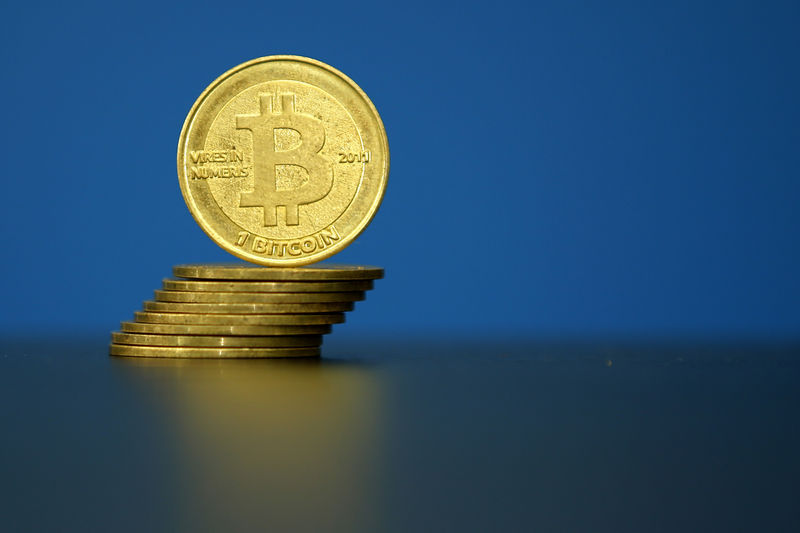 Binance was the first major cryptocurrency exchange to join the IEO wave, with the introduction of Binance Launchpad this year. A handful of IEOs has been done before but in much smaller exchanges.

In January, the Binance platform conducted the sale of the BitTorrent (BTT) token, or digital currency, raising $7 million in just the first 14 minutes of sale opening. San Francisco-based BitTorrent is a software company specializing in peer-to-peer file-sharing.

is the original cryptocurrency created in 2008. It is a form of electronic currency, independent of traditional banks, that allows users to send money directly from one computer to another even on another side of the world.

Bitcoin’s popularity fueled the creation of more than 2,000 cryptocurrencies and spurred the launch of an entire global industry on blockchain, a distributed ledger technology that drives it.

Cryptocurrencies are also traded on digital currency exchanges, which are all online, many of them available on mobile phone applications. People buy cryptocurrencies from these exchanges by just signing up from their websites.

Bitcoin on Thursday traded at $9,400 on the BitStamp exchange.

People buy cryptocurrencies primarily for speculation because they have gone up in price so much in the last three years. Some like developers buy specific currencies to gain access to certain networks that are relevant to them.

Since 2008, the biggest financial names have entered the cryptocurrency space, from IBM (NYSE:) to Goldman Sachs (NYSE:), and most recently Facebook (NASDAQ:), which launched the blueprint for its own cryptocurrency on Tuesday.

But cryptocurrencies are risky. Because they are virtual currencies, they can be hacked or disappear forever if you lose the keys to the online wallets used to store them. And with no clear regulatory body overseeing the digital currency industry, funds would be difficult to recover once you lose them.

WHAT’S THE DIFFERENCE BETWEEN AN IEO AND ICO?

IEOs are a byproduct of initial coin offerings (ICOs), which took off in 2016. ICOs are also a way to raise capital, bypassing banks and venture capital firms.

But IEOs take place on cryptocurrency exchanges which, for a fee, effectively act as middlemen, performing functions such as due diligence on a project, “know your customer” screening, marketing and selling tokens to customers.

ICOs, on the other hand, are undertaken by start-ups themselves, shouldering the token offering costs and selling these currencies on their websites. They have raised nearly $29 billion for cryptocurrency companies since 2016, but slowed sharply this year amid a regulatory crackdown on fraudulent and illegal offerings led by the U.S. Securities and Exchange Commission.

The limit on the amount of tokens that can be bought at IEOs – usually capped at $20,000 – has enhanced the attractiveness of these offerings to retail investors and has prevented bigger investors from monopolizing them.

Investors that want to participate in IEOs just go to the exchange’s website.

“An IEO is like Goldman Sachs crashing into Nasdaq,” said Steven Nerayoff, chief executive officer of consulting and investment firm Alchemist, suggesting that exchanges like Nasdaq have taken on investment banking functions, such as vetting IEOs and marketing them to customers.

“It’s a new breed of fundraising that could potentially change what’s happening in finance … but regulations have to be figured out.”

HOW MUCH HAVE IEOS RAISED SO FAR?

Start-ups doing IEOs, however, are raising millions of dollars quickly, sometimes within seconds, reminiscent of a trend seen at the peak of ICOs in early 2017.

For instance, Veriblock, a blockchain project leveraging bitcoin’s network, raised $7 million in April through an IEO on the Bittrex exchange in 10 seconds.

Blockhain, which underpins bitcoin and most cryptocurrencies, is a digital database with information that can be publicly shared within a large decentralized network.

IEOs have raised $1.5 billion so far this year, according to cryptocurrency tracker CoinSchedule, compared with just $836 million raised from ICOs since January. Crypto exchange operators interviewed by Reuters said hundreds of start-ups are lining up to do IEOs, more than they could possibly handle.

(For a graphic on ‘Initial exchange offerings are all the rage’ click https://tmsnrt.rs/2X9sHjE)

“IEOs are helpful for projects like us because we don’t have the time to do compliance,” said Justin Sun, founder and chief executive officer of TRON, a blockchain-based company focused on building a decentralized internet. TRON purchased BitTorrent for $120 million in 2018.

WHAT DO IEOS MEAN FOR EXCHANGES?

IEOs typically mean more revenues for exchanges. Exchanges that will host an IEO will typically do the vetting process of a project for a fee. They also get fees when the token starts trading on their exchange.

For some exchanges, however, IEOs mean more users for their trading platform and some of them are willing to undertake the screening process of a project even without a listing fee.

By doing IEOs, we attract communities to trade on Beaxy,” said Artak Hamazaspyan, chief executive officer at digital asset exchange Beaxy Digital, which opened its trading platform to IEOs. “If I list a project and it’s not listed anywhere else, I get all these communities to join us.”

Bank of America CEO: With the Rise of Cryptocurrencies, We Want a Cashless Society