The correction that we saw last week was fairly short and part of the parabolic movement built on the chart since the strong resistance was breached. In the past three weeks, the resistance has been around $8,800 and can now be assessed as support. Resistance is currently at $9,400 and if breached, we think the next resistance will be at $11,000. As we know from previous periods, the FOMO hides the possibility of sharp declines, but it’s always a good thing to take this option into account. 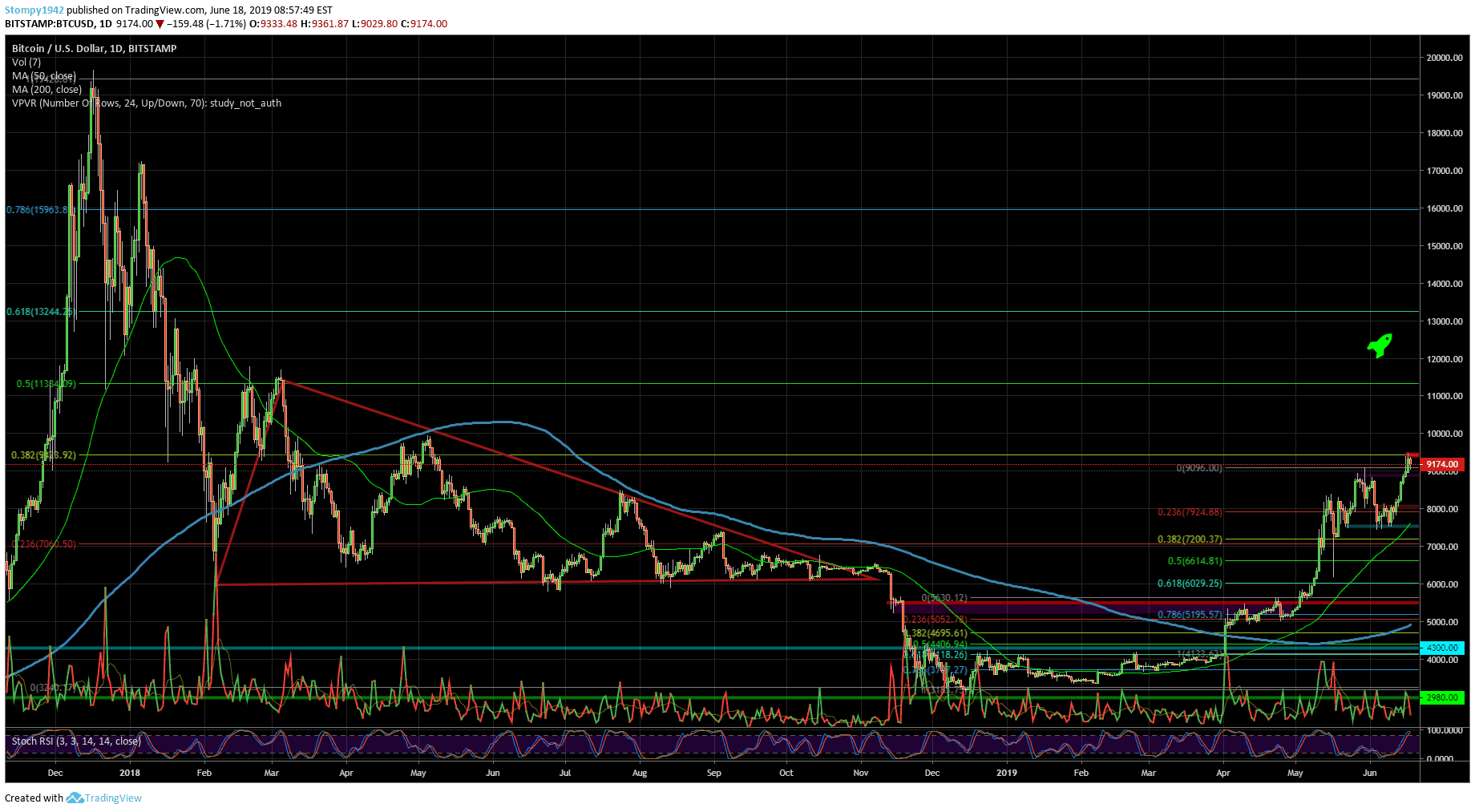 Against the USD, the support around $230 has seen approval and ETH seems to have attempted to break $280 again. This resistance wasn’t breached from May and the technical pattern looks a lot like that of Bitcoin. If the resistance is breached, we will see a change in the trend and the resistance would be at $400. 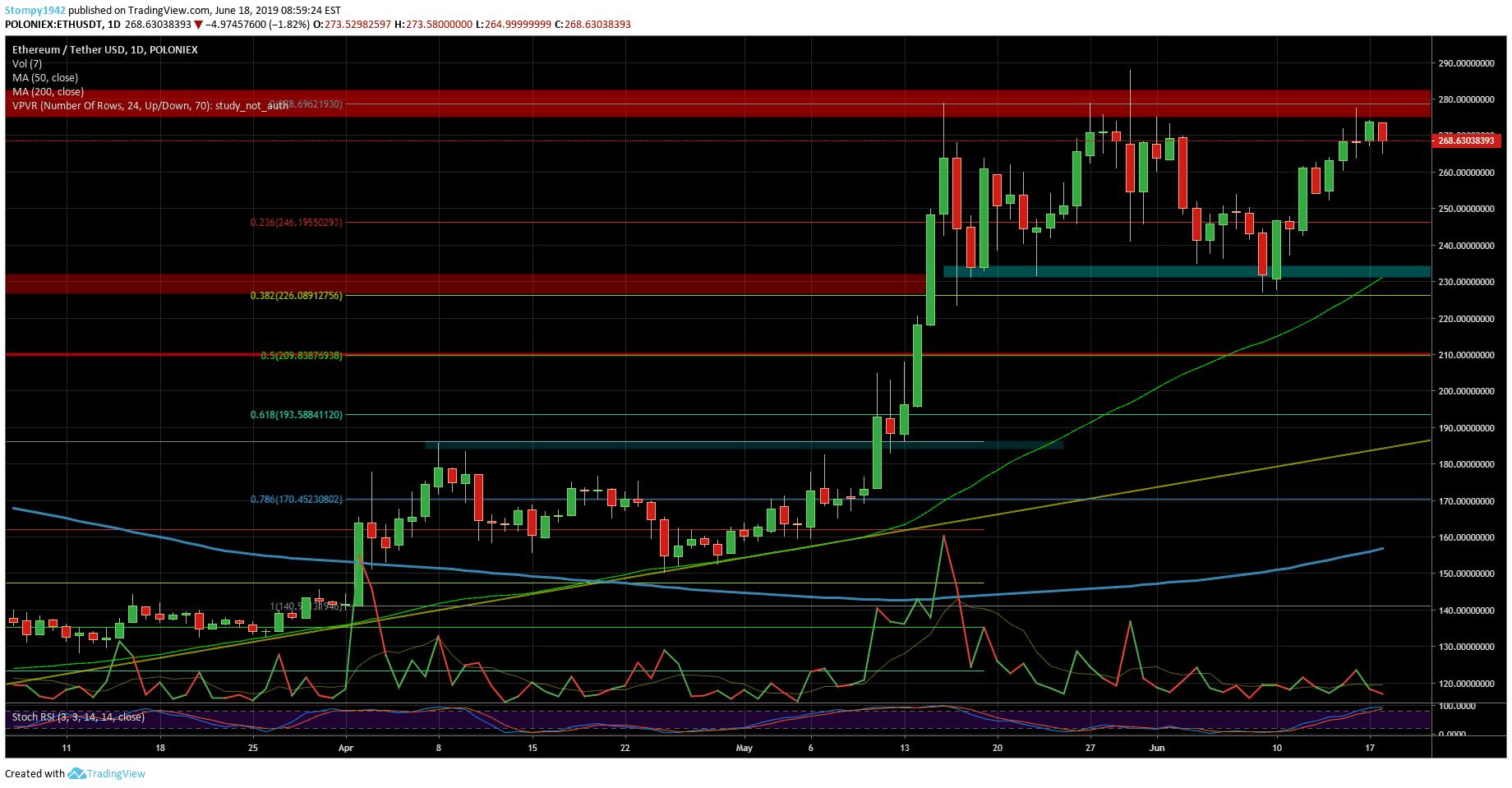 Against Bitcoin, the situation is different. Support for 0.03BTC broke down and new support is found at around 0.0288BTC. Additionally, the support around the 50-days MA has been broken and if Bitcoin’s trend continues to affect Alts, support should be considered in the 0.027BTC range. 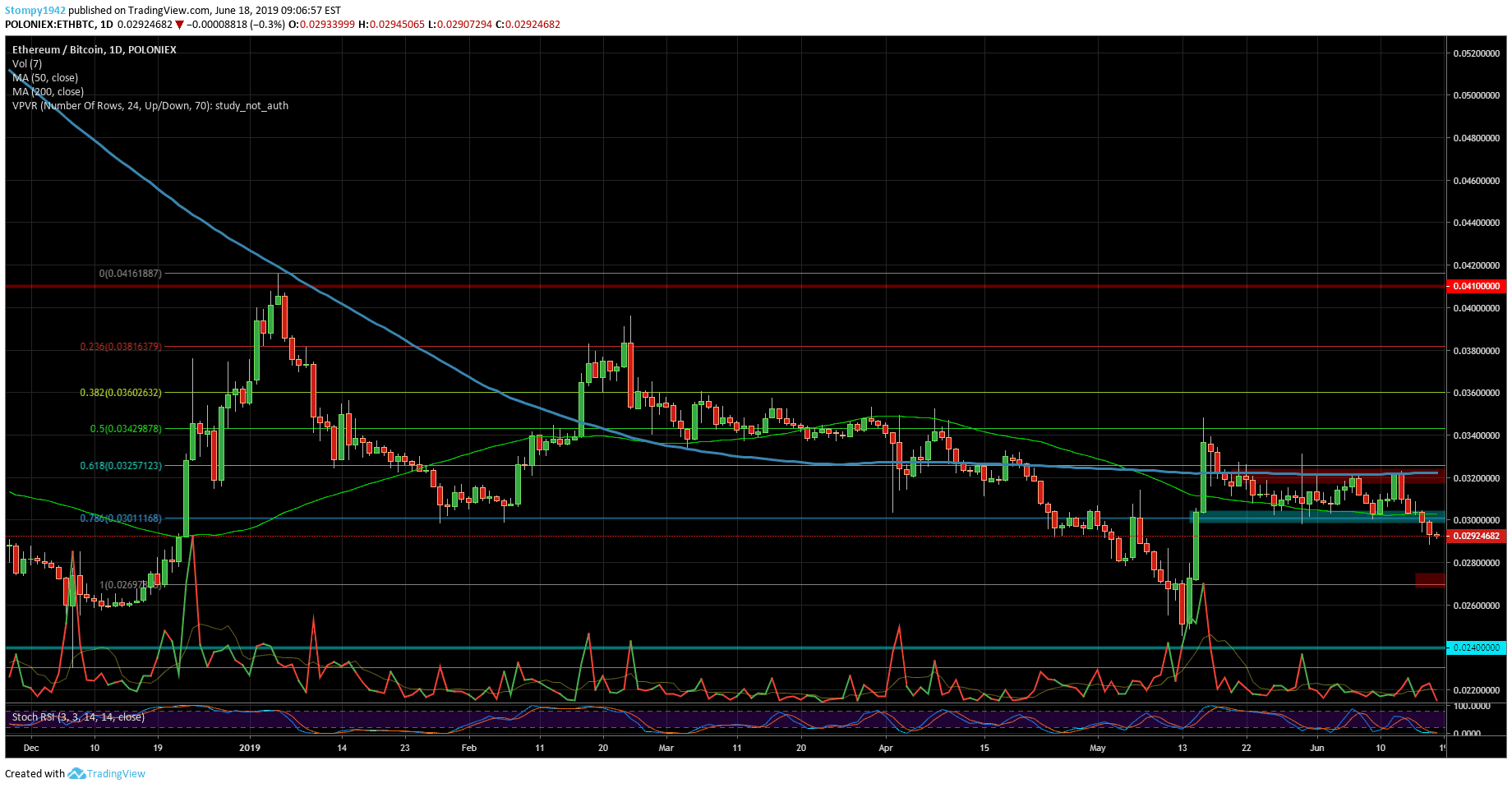 Against the USD, news around the cryptocurrency led to an increase and an attempt to breach resistance at 46 cents. Support in this range is at around 40 cents. In addition, a W pattern is seen on the daily graph. 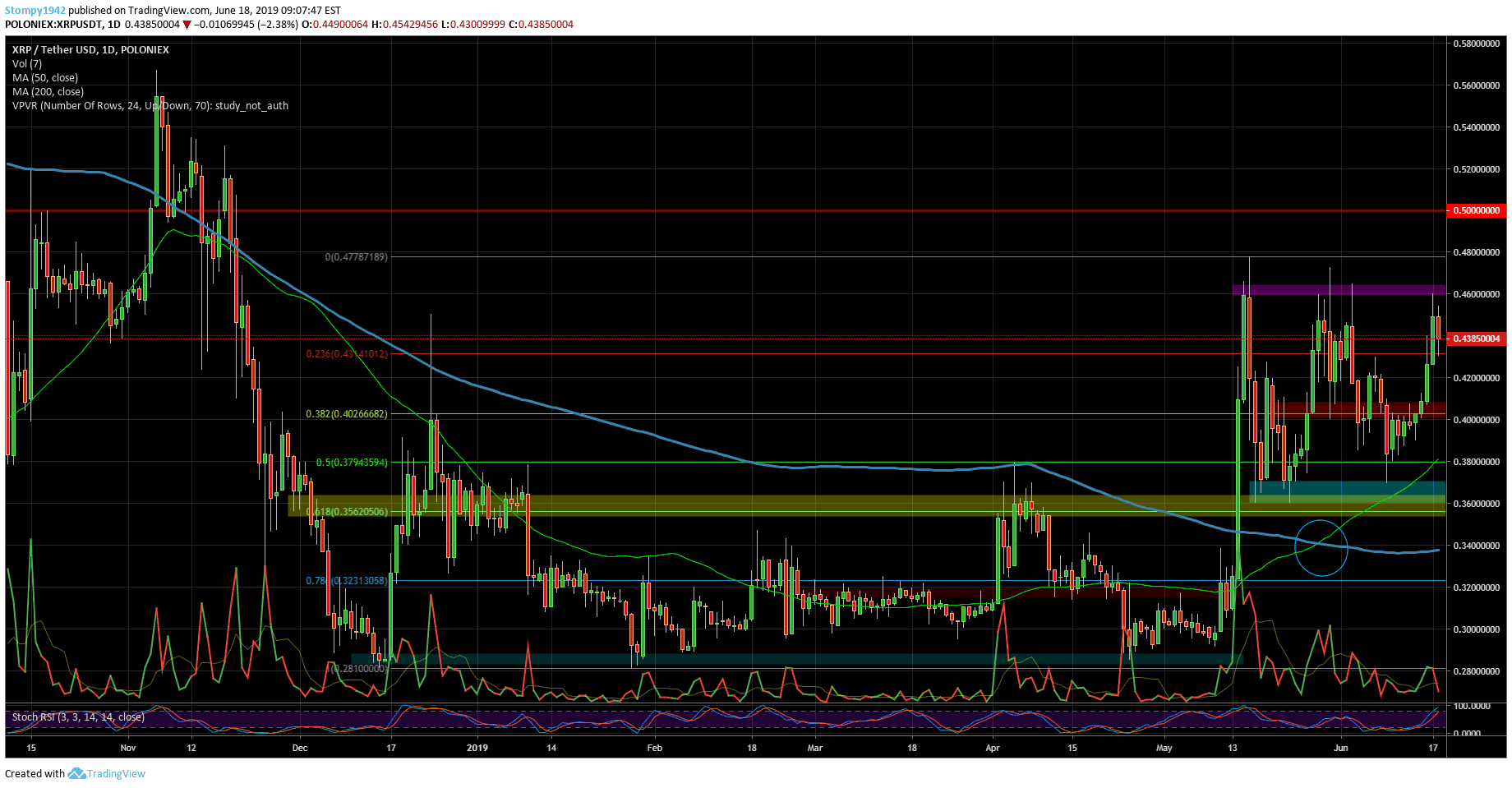 Against Bitcoin, we can see the formation of a double-floor pattern with support in the range at 4500 SAT. Resistance is at around 5000 SAT sitting on the 50 days MA. If the next resistance is broken, we’ll see more of it at 5400 SAT. 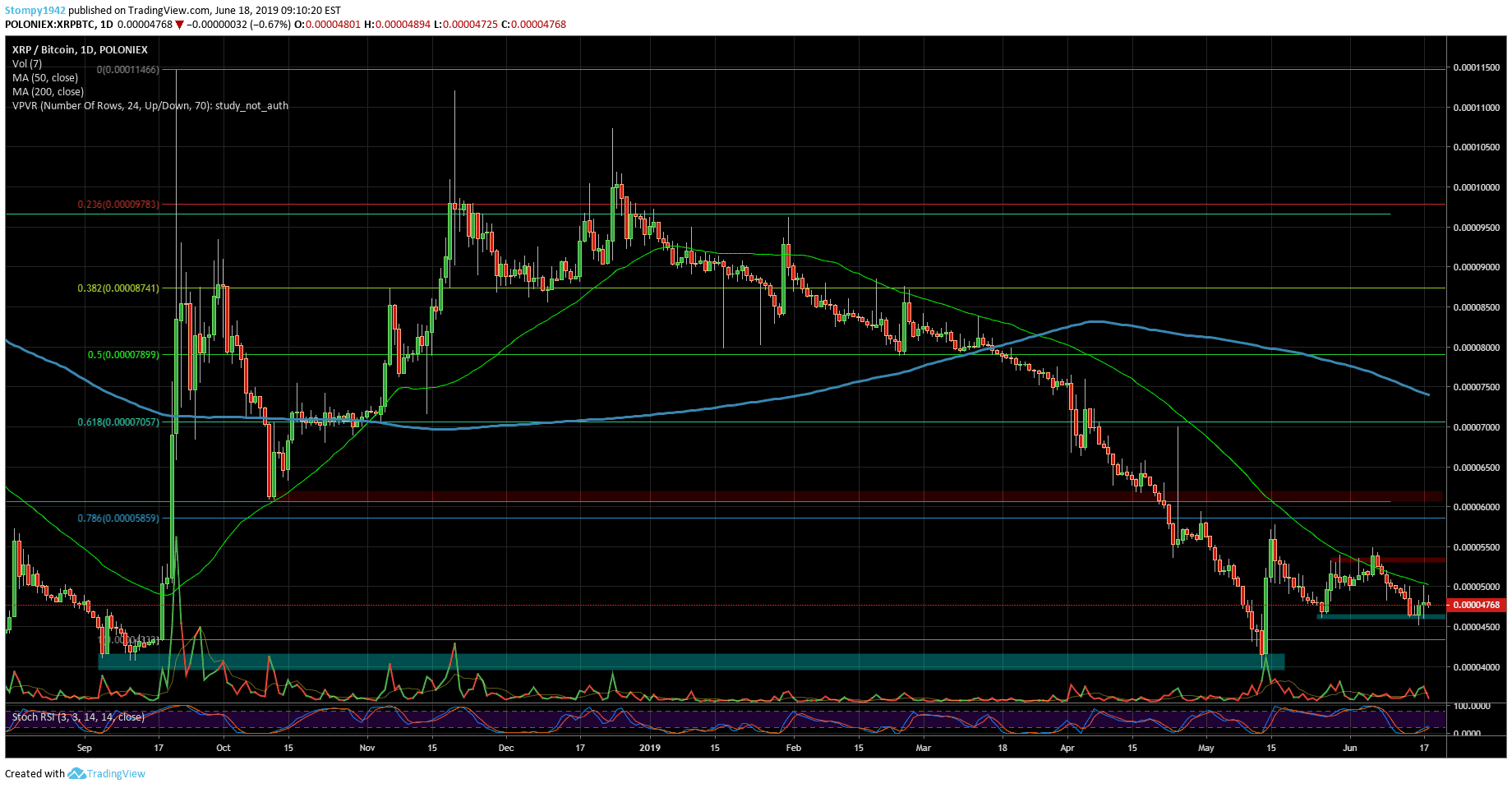 Against the dollar, the market adopted the 50-200MA indicators and there seems to be a cross here on which the trend is supported. Resistance in the range of $90 has been breached to levels of $110 where’s the next target. If that’s broken, further resistance lies at $130. 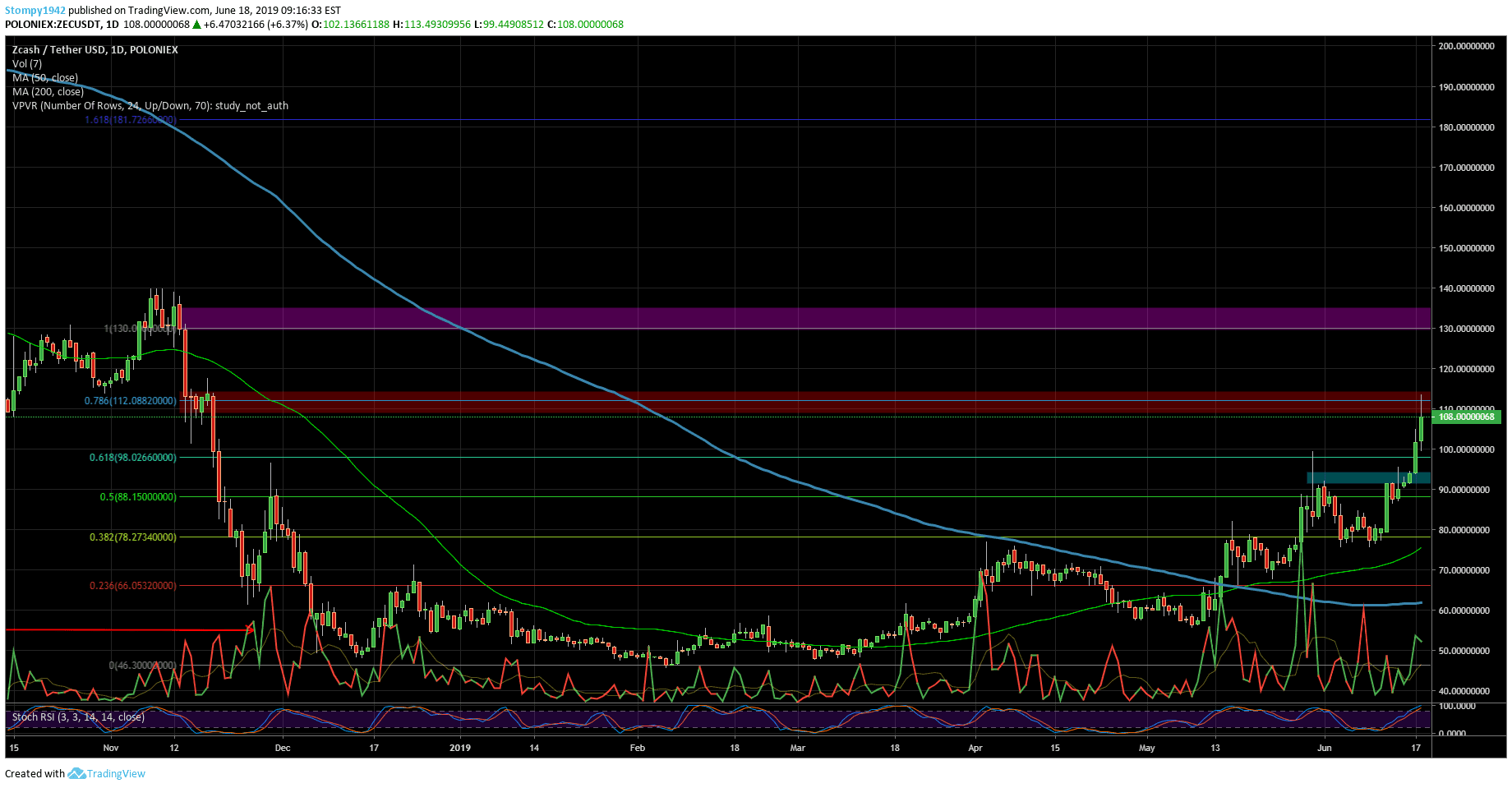 Against Bitcoin, the trading volume is increasing and we can see a rising trend channel take formation. Resistance in this range is at 0.012BTC which is being tested. Support is at 0.011BTC which was previously resistance. 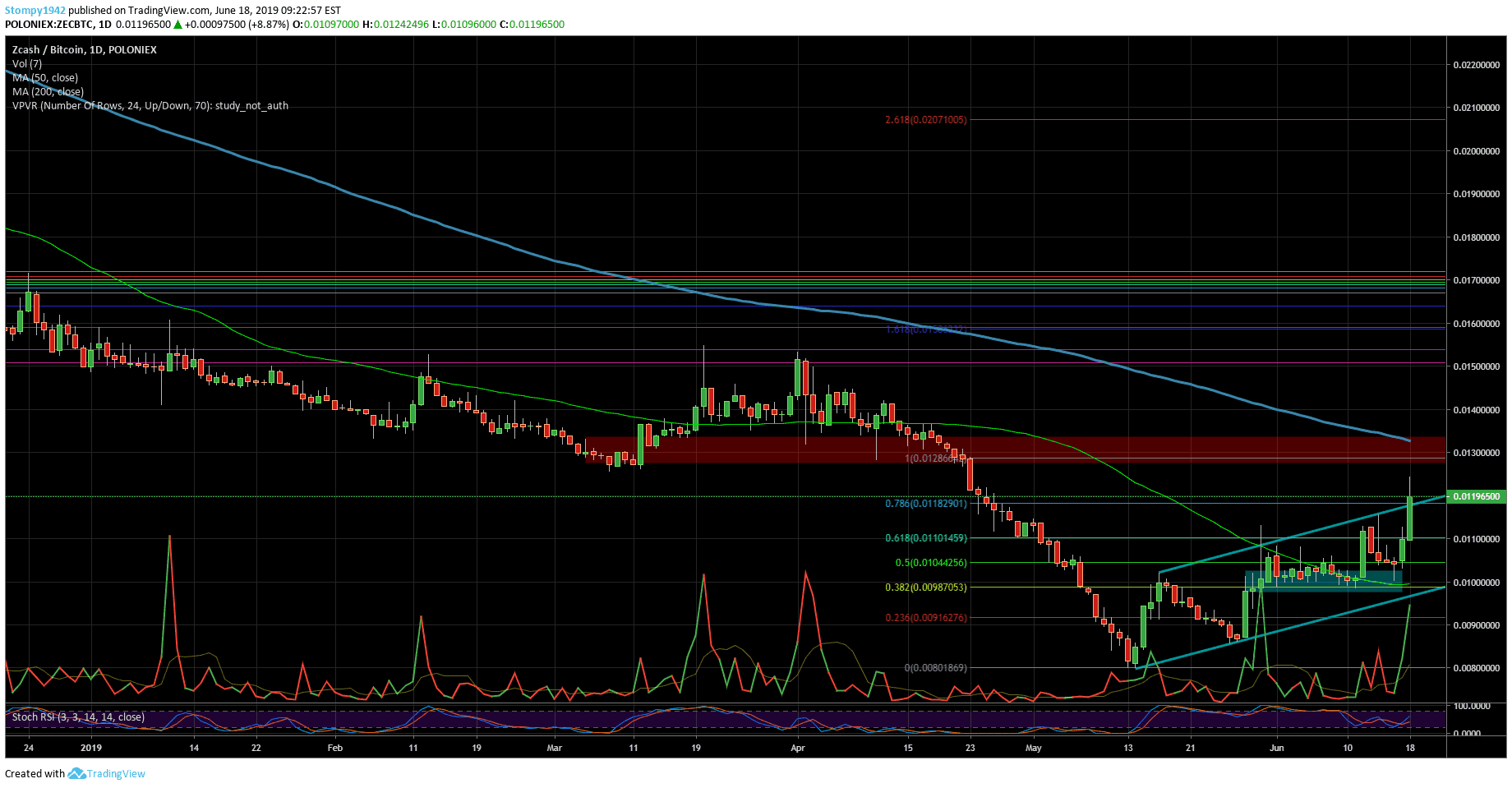 Against the USD, the trend begs the question of where to stop the trade. There’s not much information for the 4-hours graph we analyzed. The resistance at $7 is being tested while support in this range is built around $6. 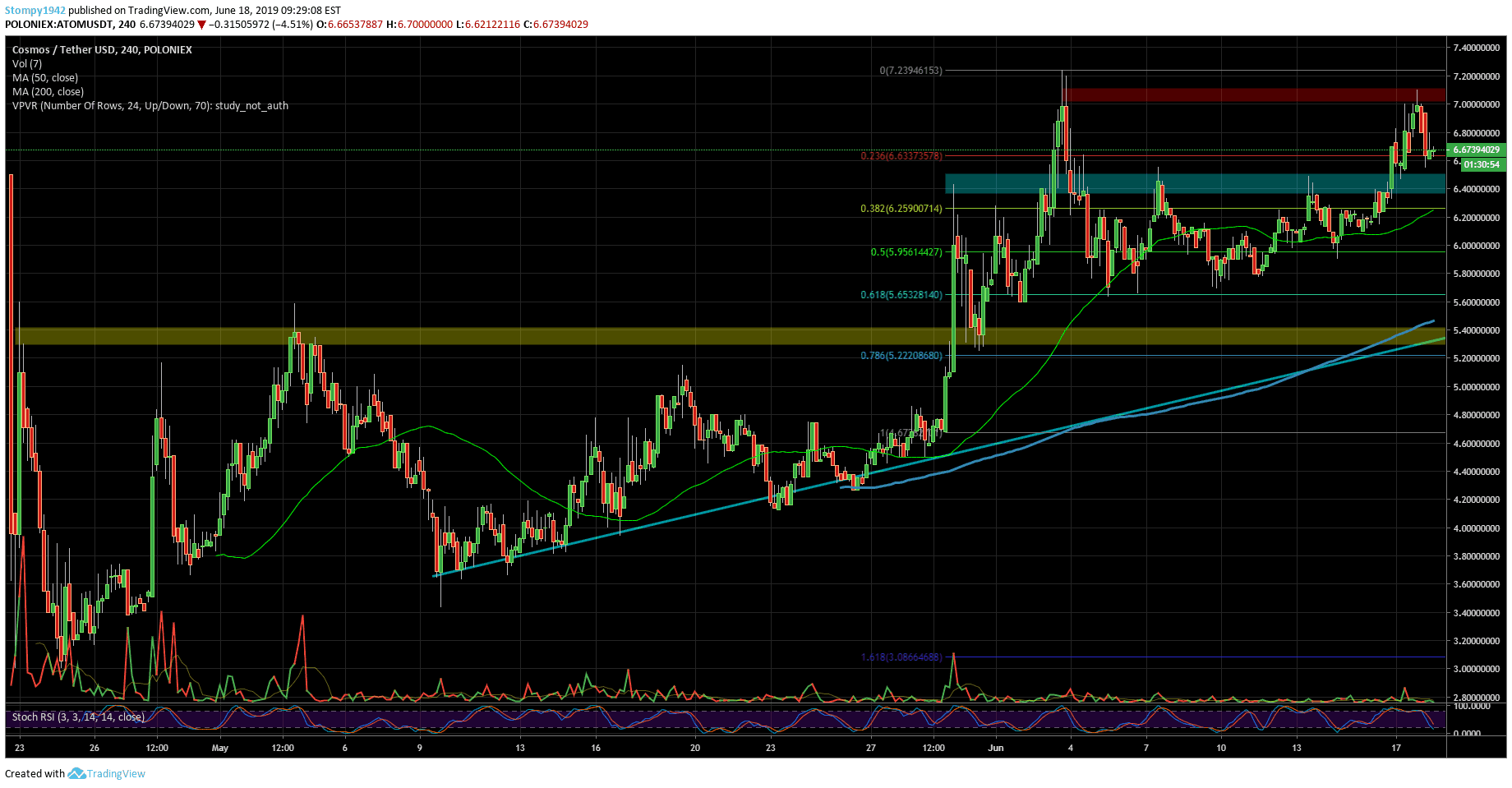 Against BTC, the trend differs. The resistance in this range is at 0.00075BTC. Support is at 0.00067BTC and if it holds, the market would be given permission to continue the breakout attempts again. 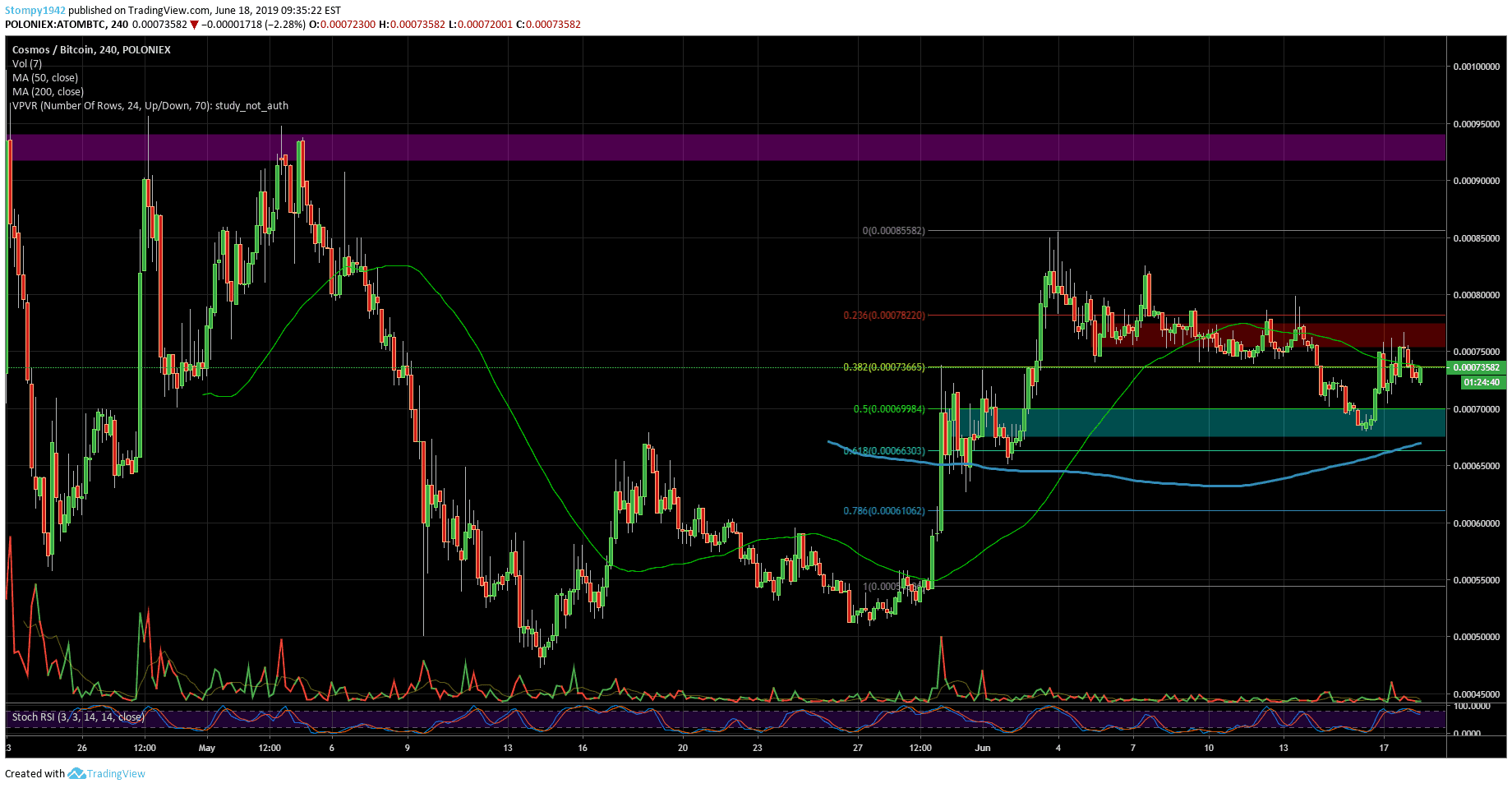