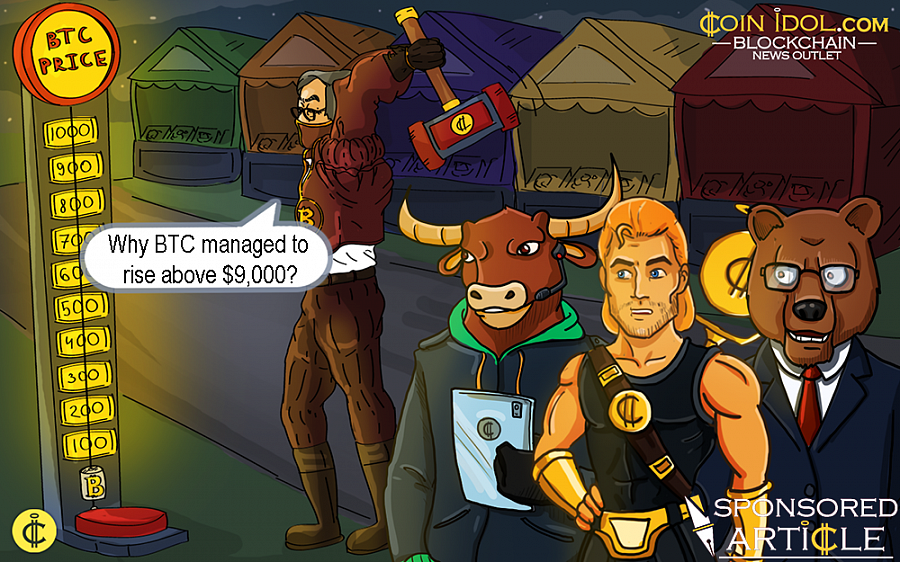 In the past weekend, Bitcoin surged up to $9,381 with the increasing rate of 7% in 24 hours which makes bitcoin’s market cap be over $165 billion US dollar, hitting the highest record so far in 2019. Since BTC’s breaking $8,000 mark in May, it continues its upward movement though there are some pullbacks. Why BTC managed to rise above $9,000? Here are 5 reasons may be contributing to the Bitcoin bullish run.

Data from Blockchain.com shows that BTC network hash rate – the computing power required for transaction confirmation and network security – topped 62246627 TH/s which surpasses the last highest record in August 2018. Besides, the number of transaction also reaches second highest of 364,000 while the first highest is 452,000 in May this year. According to some analysts, there is a positive correlation between Bitcoin’s hash rate and price.

Facebook, which has nearly 2.4 billion monthly active users, will release its upcoming Libra cryptocurrency white paper on Tuesday. At present, Facebook has secured the backing of over a dozen companies including Visa, Master, Paypal, Uber, etc for its crypto program. Facebook’s stepping into crypto aread is undoubtedly being a major impetus for bitcoin rally.

Moreover, Bakkt announced last week that it will begin testing bitcoin futures on July 22. Bakkt also announced that we’ll support the ICE Futures U.S. launch of daily and monthly margined futures for bitcoin by bringing regulated custody as part of the futures contract. This launch will usher in a new standard for accessing crypto markets.

The reward for mining new blocks on the Bitcoin blockchain will drop from 12.5 Bitcoin to 6.25 Bitcoin — and this already has people speculating about how this could affect the Bitcoin price.

If the history rhymes, the price of Bitcoin will climb somewhat ahead of halving events. The rise in price makes sense in so far as large buyers of Bitcoins have to either buy on the exchanges or get them through mining, and after a halving event it forces more people to buy on the market.

Binance announced that it will launch a U.S.-based service to avoid uncertainty around its legality – but, in the meantime, it is implementing restrictions for U.S. passport holders worldwide and those based in the country. Binance’s U.S. users (at least 30 million) cannot trade AE, HOT, LINK, NANO, VET and other cryptocurrencies. According to analysts Josh Rager, “With US Binance ban & other exchange delistings, people could be moving into BTC & major market cap coins.”

Many market analysts predicted that if Bitcoin can stabilize above $8,800 mark, the next target will be around $10,000. Before Bitcoin bullish run, we can take profits on the price fluctuations.

Bitcoin futures volumes have surged to record highs of $12 billion in May, a growth of 118% from April. JP Morgan said that because of fake volume, the importance of Bitcoin futures has been understated. Institutional investors have increasingly turned to cryptocurrency market, futures market in particular, to hedge funds and gain profits which will boom the BTC futures market.

Bexplus is a world-leading cryptocurrency futures exchanges which provides BTC, ETH and LTC futures trading with 100x leverage. Founded in late 2017, Bexplus is one of the fastest growing startups in the crypto futures market. Now it has established offices in Hong Kong, United States, Brazil, Australia,etc.

Bexplus announced
100% deposit BTC bonus giveaway for deposit users – users deposit BTC in the exchange can enjoy up to 10 free BTC bonus and
get up to 72% annua
lized interest by saving BTC in the upgraded wallet. In addition, you also have the chance to
get free presents like iPad Air, Apple watch and more. 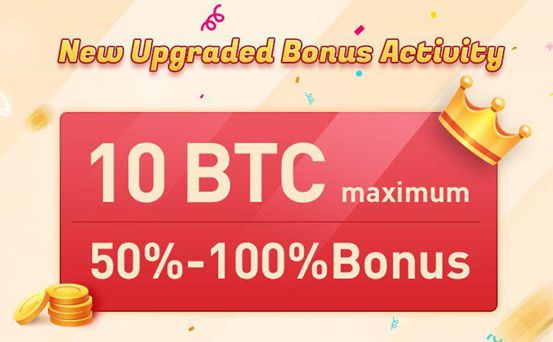 Disclaimer. This article is paid and provided by a third-party source and should not be viewed as an endorsement by CoinIdol. Readers should do their own research before investing funds in any company. CoinIdol shall not be responsible or liable, directly or indirectly, for any damage or loss caused or alleged to be caused by or in connection with the use of or reliance on any such content, goods or services mentioned in this article.

4 Notes on Why Bitcoin is Tokenized on Binance Chain