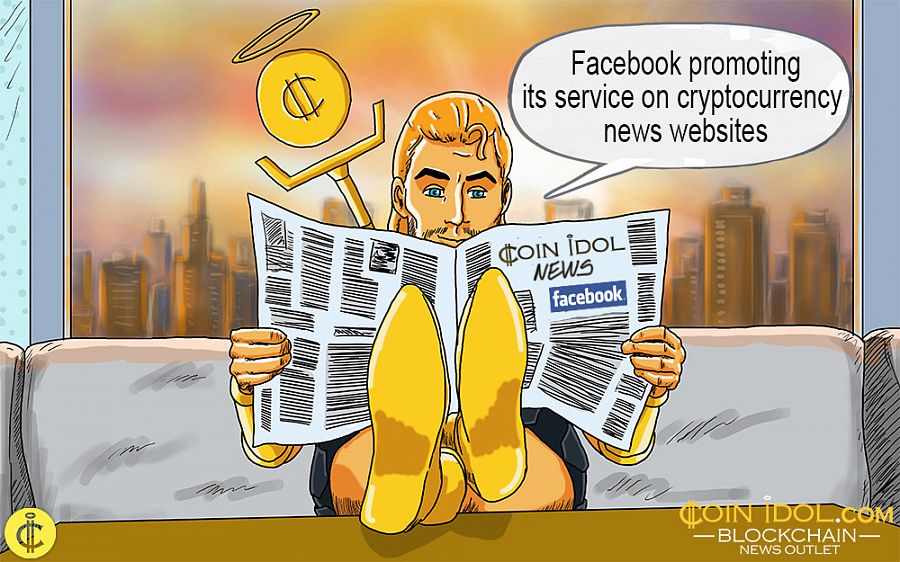 Google has ordered advertising of the Facebook brand on Coinidol.com, one of the world’s leading cryptocurrency news magazines, despite Facebook’s ban of most cryptocurrency advertising since January 2018. This move is evidence that Facebook is looking for support from the world crypto community to gain trust in its new cryptocurrency FaceCoin (allegedly named Libra or GlobalCoin), that is announced to be issued in Q1 2020.

The first banners advertising the Facebook brand appeared on Coinidol.com on June 12, 2019. The banners with Facebook are visible to 1/2 a million monthly readers, supporters of cryptocurrencies and Blockchain technology from 200+ countries around the world. 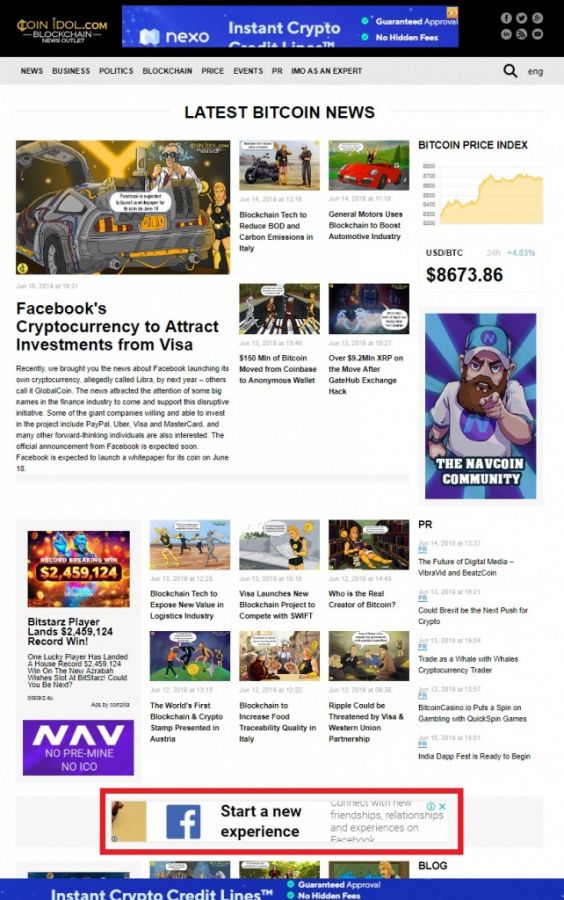 George Gor, CEO of Coinidol.com, claims that Google has ordered advertising on Coinidol.com via French partner TheMoneyTizer.com, an advertising platform that helps premium websites monetize unsold remnants of traffic at less visible banner places, because Coinidol does not work with Google directly:

“Coinidol.com refused to cooperate with Google 2 years ago because of the low prices for their advertising and lack of service/support from Google. In the user interface of Google it was/is impossible to prohibit non-relevant categories like diapers and permit only one category: financial technologies. We can not permit advertising that harms the reputation of our news magazine with non-relevant advertising. But we
fight with cryptocurrency scammers just as Facebook does, because
trust of the readers is our main asset, which we worship.”

Rob Leathern, Facebook product management director when the ban was started in 2018, said:

“We want people to continue to discover and learn about new products and services through Facebook ads without fear of scams or deception. That said, there are many companies who are advertising binary options, ICOs and cryptocurrencies that are not currently operating in good faith.” 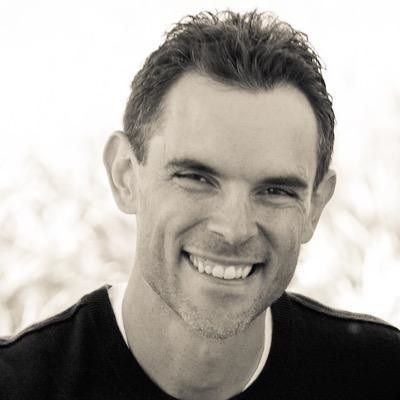 Facebook Has Eliminated Competitors with the Ban of Crypto

There is an unproven theory that it was a special strategic move to clear the advertising field for the future project of Facebooks’ own cryptocurrency. The total ban first started a few months after the announcement from Mark Zuckerberg to examine the field of cryptocurrencies.

Now the desire of Facebook to pay special attention to cooperation with leading world news magazines on cryptocurrencies and Blockchain has a lot of logic behind it, considering the sudden start of their
own cryptocurrency. It looks like something that was not just invented yesterday. That move was planned months or even years ago.

The first step taken after the ban was made a month ago. In May 2019, Coinidol reported that
Facebook wants to soften its imposed ban on blockchain, Bitcoin and other monetary goods and services adverts. However, the initial coin offerings (ICOs) ban will go on.

The second step is to start advertising of Facebook (step 2.1) and its new cryptocurrency (step 2.3) at the most trusted world news magazines that write about cryptocurrencies. We should see the same kind of advertising at Coindesk.com, Bitcoin.com and BitcoinMagazine.com soon, if the logic is right.

Facecoin Will Die Without the Support of the World Crypto Community

The future cryptocurrency of Facebook is severely criticized by
TechCrunch and leading Blockchain expert, software engineer and developer of apps for smartphones and billion-dollar asset-allocation services,
Jon Evans. He stated: 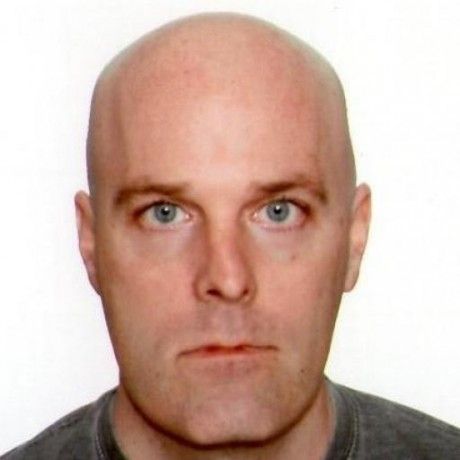 That means that funds of investors could be lost if they invest in FaceCoin, with the same possibility, as if they invest into any other initial coin offering, advertising of which is still banned at Facebook. This ban gives Facebook itself an advantage over other offerings of new coins, but it’s not a guarantee of success for the whole project.

That’s why Facebook is seeking the support of mass media covering cryptocurrencies, more than ever before. This is the only key to the hearts of real users, the readers of the world leading news magazines.

Facebook Inc (FB) is following in the footsteps of Google and Apple, Using Mass Media Ads To Promote Itself

According to
Shaun Gregory, CEO of Exertion media, the UK’s leading international outdoor advertising company, Facebook Inc (NASDAQ:FB) is spending tons of money on third-party advertising since 2015 because mass media plays a critical role in establishing a brand and developing trust with consumers. 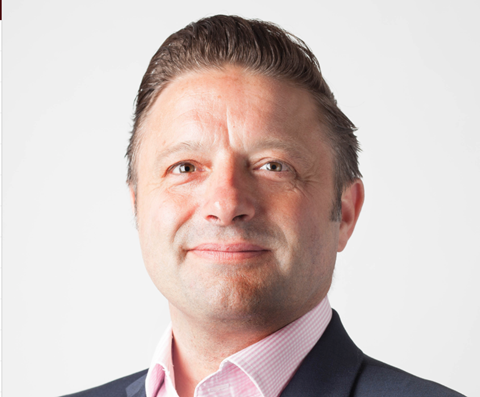 According to a
review of the advertising strategy of Facebook, provided by
Aman Jain, marketing and finance analyst, CEO of VeRa FinServ:

“Since 2015 Facebook has begun using traditional advertising such as billboards and television in ad campaign. This seems rather unusual given the company’s primary mission of marketing over the internet. The company has already paid out more than £6m for advertisements through traditional media in 2015, compared to a meager £16,000 spent by the company in UK at 2014.

Furthermore, since 2015 the social networking company has also been purchasing mass media ads in Canada and Australia.

With efforts aimed at publicizing their products and services through mass media, the social networking company is following in the footsteps of Google and Apple, who have resorted to this method to help build their brands.”

Don’t Believe that the New Money Revolution Led by Facebook Is Possible?

Just Before the Civil War in the US, and long before the Federal Reserve, the United States had 8,000 kinds of money. It was a chaotic, confusing time to buy your groceries. Private banks issued notes with the promise of backing in gold and silver, but their actual value was anybody’s guess. Soon, other companies—drug stores, coal mines, and of course railroads, the wealthy connectors of their day—jumped into the fray.

What’s old is new again in the hands of today’s barons of digital infrastructure.

In 2004, Facebook had 70,000 users—most of them Ivy League elites. Most people had no idea it existed. But today it has hit the billions of users all over the world. 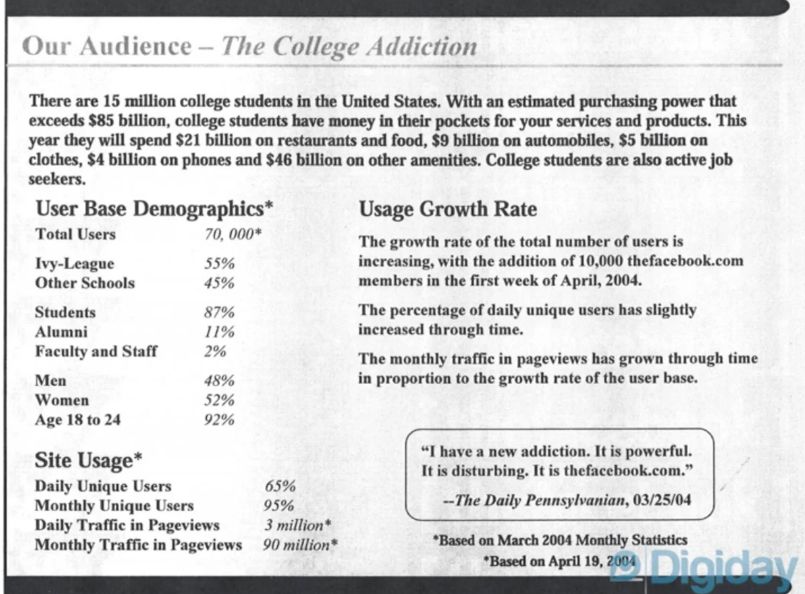 According to
Gregory Barber, the Blockchain expert of Wired with a bachelor’s degree in computer science,

“The FaceCoin would leverage the built-in connections of WhatsApp’s more than 1.5 billion users—and potentially billions more should the coin come to Instagram or Facebook itself. That alone would make it an instant competitor to Venmo (and its owner, PayPal), and to China’s WeChat Pay, which is attempting to make inroads globally, including in the US.”

Facebook is looking for new yokels, who know nothing about Bitcoin and trust only popular social media, and FB also fights for mature users of cryptocurrencies, based on various Blockchains.

Who will win this fight for the world crypto community: Satoshi Nakamoto with Bitcoin or Mark Zuckerberg with FaceCoin? Place your bets.

Excerpt from Wikipedia about Zuckerberg: “When Mark finished the site, he told a couple of friends … then one of them suggested putting it on the Kirkland House online mailing list, which was … three hundred people.” Moskovitz continued to say that, “By the end of the night, we were … actively watching the registration process. Within twenty-four hours, we had somewhere between twelve hundred and fifteen hundred registrants.” 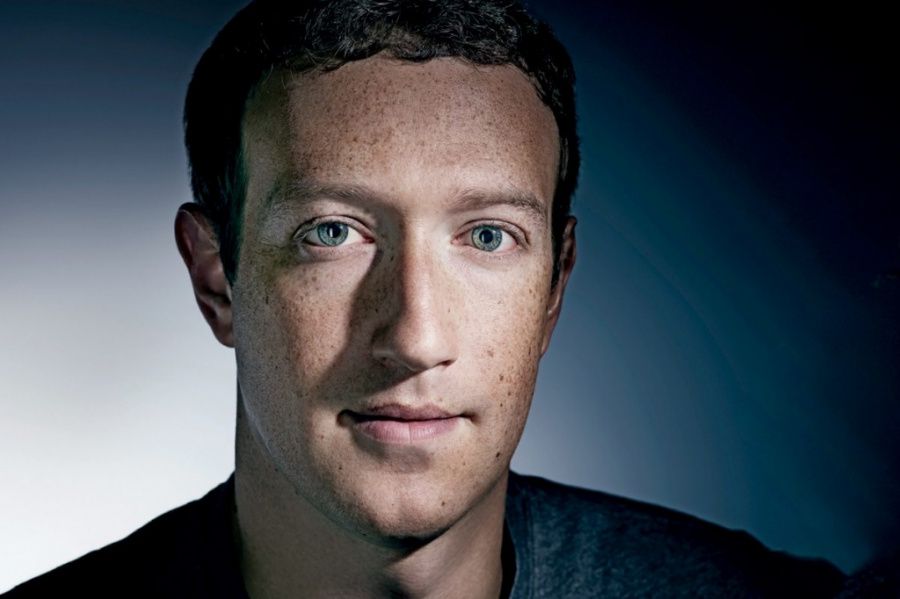 So it really seems like his situation was not just advertising but a combination of good ideas, skill, fulfilling demand, and accomplishing everything in the right timing. Advertising alone will not build such a large social network, Google+ showed us that.