Cryptocurrency news outlet CCN (formerly CryptoCoinsNews) is apparently not going through with its total shutdown, as reported earlier this week. The outlet had previously posted a note that a recent Google Core Update had led to a more than 70% visibility drop on mobile overnight, leading the organization to decide to shut down rather than downsize. However, an update this week from CCN Markets Director Jonas Borchgrevink notes that, for an unexplained reason, the crypto outlet’s old domain name, CryptoCoinNews, has been showing up with new 2019 articles on Google, leading the team to decide to keep working. Theories about the visibility drop, which affected other news outlets, have ranged from it being a block of clickbait titles or a ban on conservative outlets by an allegedly “liberal” Google.

U.S. residents will lose access to many altcoins on Binance starting in September

United States residents who use major crypto exchange Binance will lose trading option access for many cryptocurrencies when the exchange puts into action its updated terms of service this September. As reported this week, Binance updated its terms of service to include trading on the platform for U.S. residents, a change that comes shortly after its announcement of a U.S.-exclusive fiat-to-crypto exchange. According to a table created by CryptoPotato, there are a number of cryptos that will no longer have a trading outlet in the U.S., as well as several tokens that will be listed on only one exchange after Binance closes for U.S. residents. However, veteran cryptocurrencies — including XRP, DASH, XLM, ETC and ZRX — will still be listed on four or more other U.S. exchanges.

Sale of Telegram’s token “gram” on exchange Liquid is not official: Source

The announcement this week from crypto exchange platform Liquid that it would be offering encrypted messenger Telegram’s token, gram, in a sale is not officially connected with Telegram, according to a source close to the messaging app. As Cointelegraph had reported earlier this week, Liquid had said that it would be the representative of gram tokens for Gram Asia, which it called the largest holder of the token in Asia. However, in comments to Cointelegraph, a source close to Telegram noted that it was the first time that it had heard of Gram Asia. In separate comments, an investor in Telegram’s token told Cointelegraph that no one has rights to sell the tokens before its official launch. Liquid CEO Mike Kayamori told Cointelegraph that the public sale is the result of an exclusive agreement between Liquid and Gram Asia, without the direct involvement of Telegram. 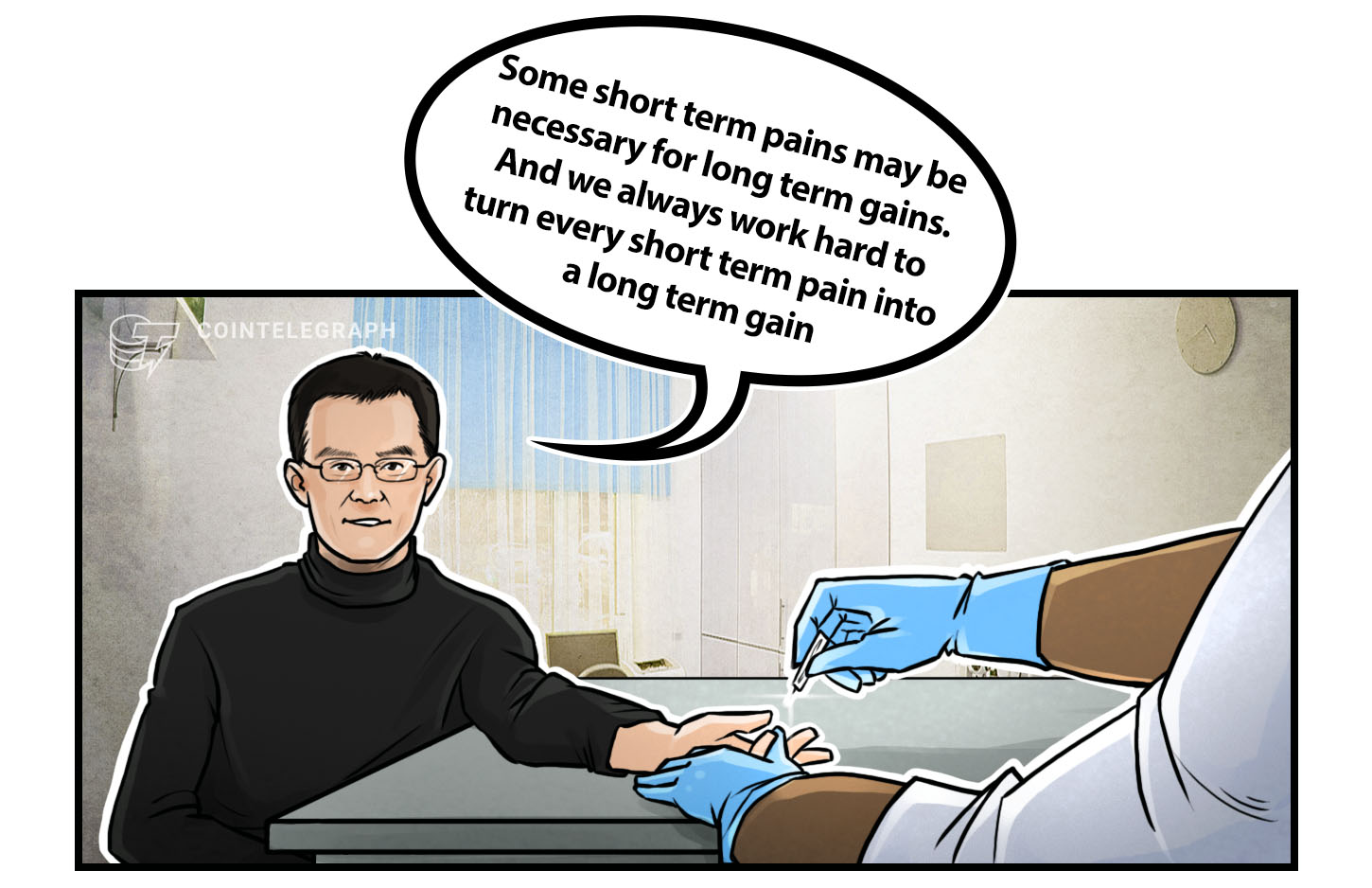 According to a new report published in the journal Joule, the carbon emissions generated by bitcoin (BTC) are comparable to the whole of Kansas City. According to Christian Stoll, one of the project’s researchers, the energy consumption used in mining the largest cryptocurrency is only growing, noting that the computing power needed to solve a BTC puzzle has more than quadrupled since last year. The study was based on data from IPO filings and IP addresses of some of the largest mining companies, finding that bitcoin is placed around Jordan and Sri Lanka — in international terms — due to its annual emissions of CO2, estimated to be between 22 and 22.9 megatons.

Report: Facebook secures support from dozens of new firms for its crypto project

According to a report from The Block, Facebook has reportedly secured support from dozens of players in the cryptocurrency and blockchain sector for its upcoming, secretive digital currency. The Wall Street Journal had reported earlier this week that Facebook had allegedly received the backing of $10 million each from firms — including Visa, Mastercard, PayPal and Uber — for the project, dubbed “Libra.” The Block cited further materials, noting that the project’s investors also include venture capital firms Andreessen Horowitz and Union Square Ventures, cryptocurrency exchange Coinbase and nonprofit organizations including Mercy Corps. According to a source speaking to The Block, the company aims to gather 100 members in the governing consortium, with a total planned for $1 billion, including all participants. 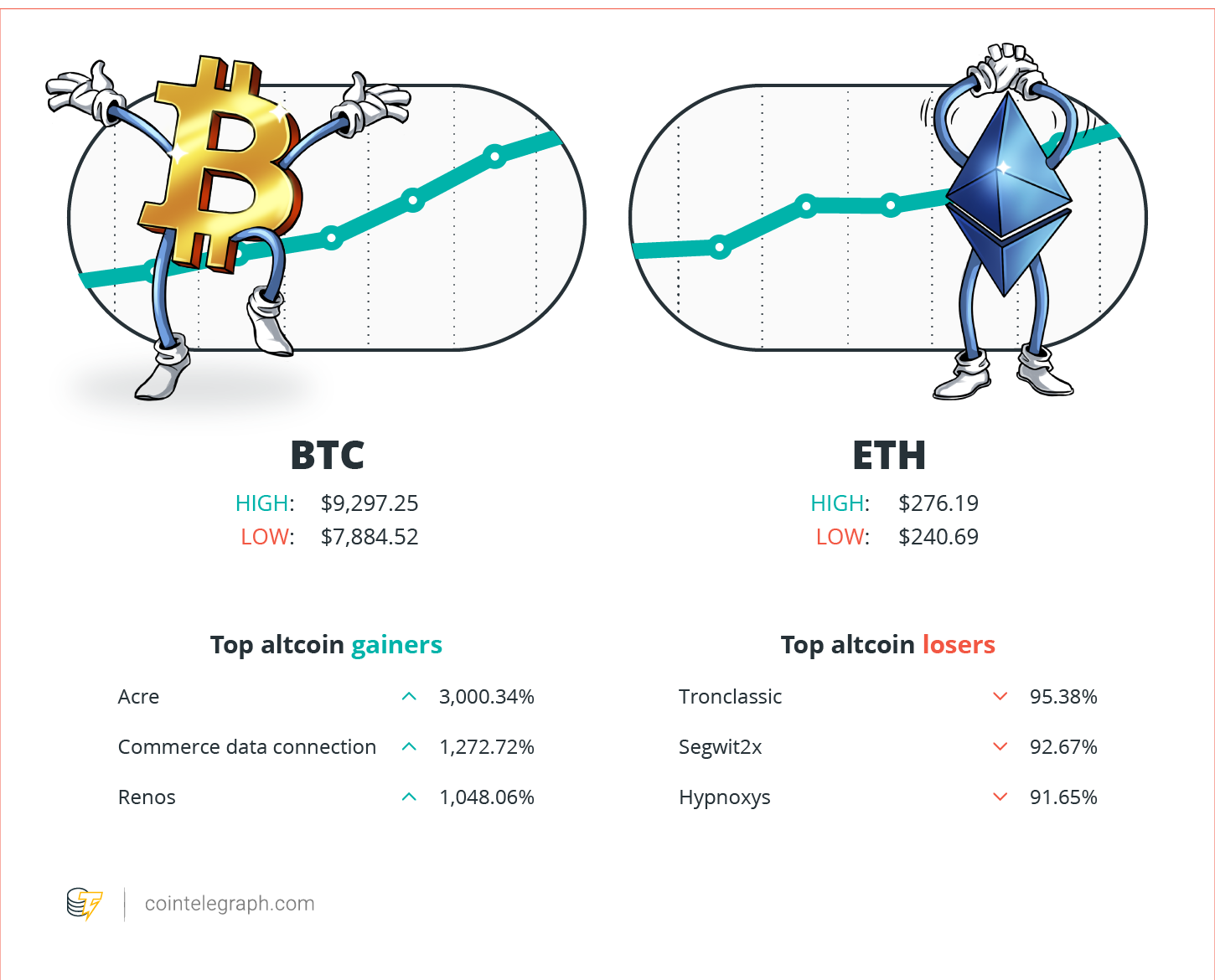 “If Google thinks that CCN, all of a sudden — remember, literally overnight — is bad, then why not give us the chance to understand the why and give us a way to change before any major update. Instead, we are kicked in the teeth overnight with zero knowledge of what we have done wrong, impacting a team of 60+ people.”

— Jonas Borchgrevink, director and founder of CCN Markets and Hawkfish AS

“Millennials don’t carry cash, they date on apps and watch on-demand entertainment. We have to be there, we have to learn from successful tech companies, and we have to provide a universal solution that makes it easy for younger generations to engage with the Church.” 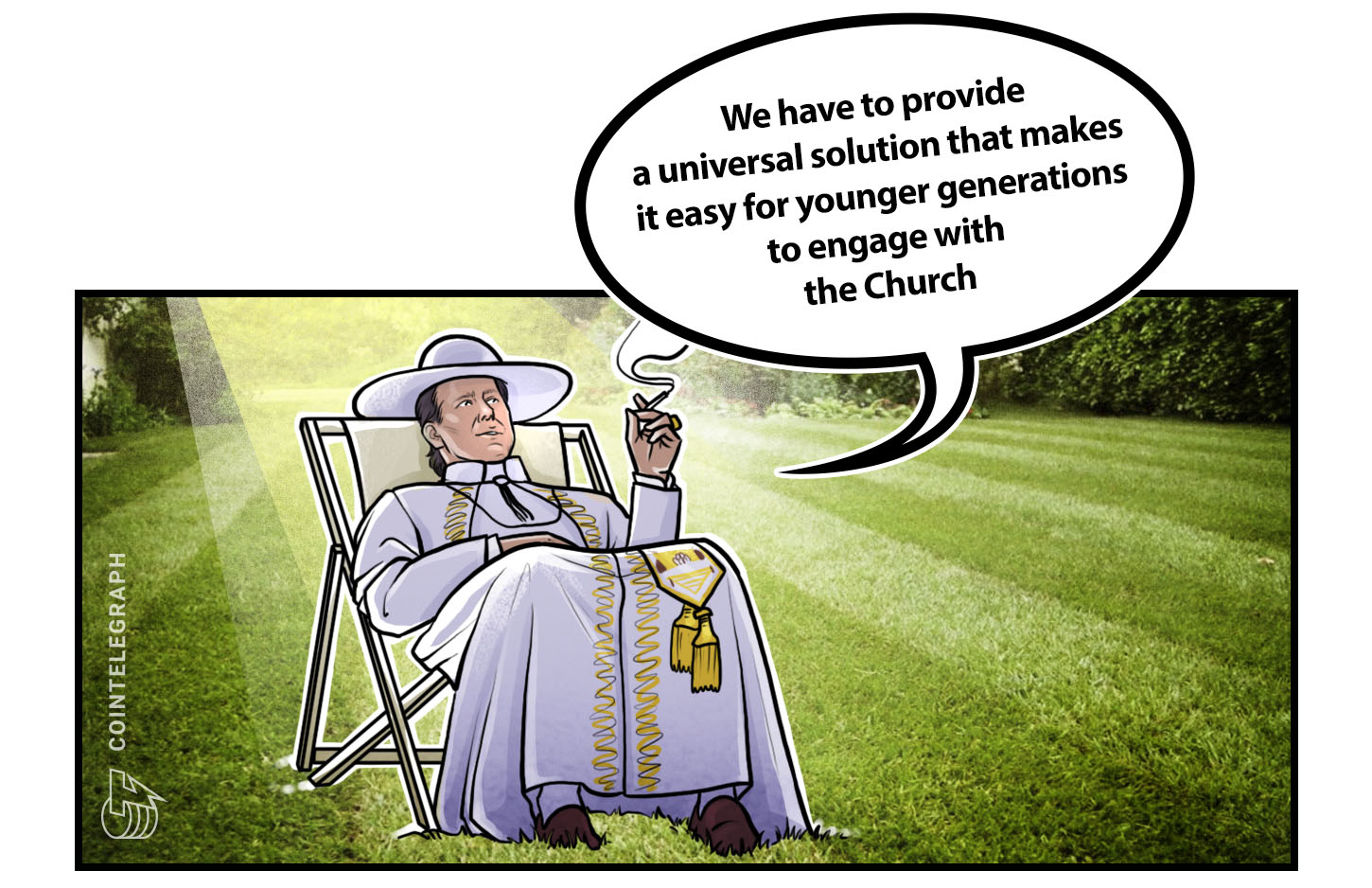 Dispatch Labs, a blockchain company, is currently incurring large losses, despite extensive investment and a recovering cryptocurrency market. The blockchain firm had raised over $13 million in a series of private rounds in 2018, with investors including China-based capital firm Fenbushi Capital. Dispatch Labs’ total remaining investment has since dropped to around $6.5 million, with CEO Matt McGraw reporting noting that the company did not have sufficient over-the-counter availability to liquidate digital currency that could have staved off the threat driven by the market downturn. However, McGraw added that the company has enough working capital to last through the year, taking into consideration the tentative market recovery.

Cybersecurity firm Trend Micro confirmed this week that attackers have been exploiting a vulnerability in the Oracle WebLogic server to install monero (XMR) mining malware. The malware uses certificate files as an obfuscation trick to carry out cryptojacking, a process wherein malware uses a computer’s operating processing power to mine for cryptos without the owner’s consent or knowledge. According to Trend Micro, a security patch for the Oracle WebLogic vulnerability had been released in the national vulnerability database earlier this spring. The report also includes a recommendation for firms using that server to update their software to the latest version with the security patch in order to mitigate the risk of cryptojacking.

Cryptocurrency exchange Bittrex said this week that it would block its U.S.-based users from trading in 30 cryptocurrencies. According to the announcement, after June 21, American traders will be unable to access a list of coins traded on the exchange, including QTUM and STORJ. Bittrex noted that U.S. users will receive an email with explanations behind what they are and are not allowed to do with the aforementioned assets, included selling them for assets that will stay available to them, canceling orders and moving them off the exchange. Once the ban comes into effect, U.S. users will not be able to buy or sell the select coins, and all open orders involving those coins will be cancelled. However, the coins will be transitioned to the Bittrex International platform. 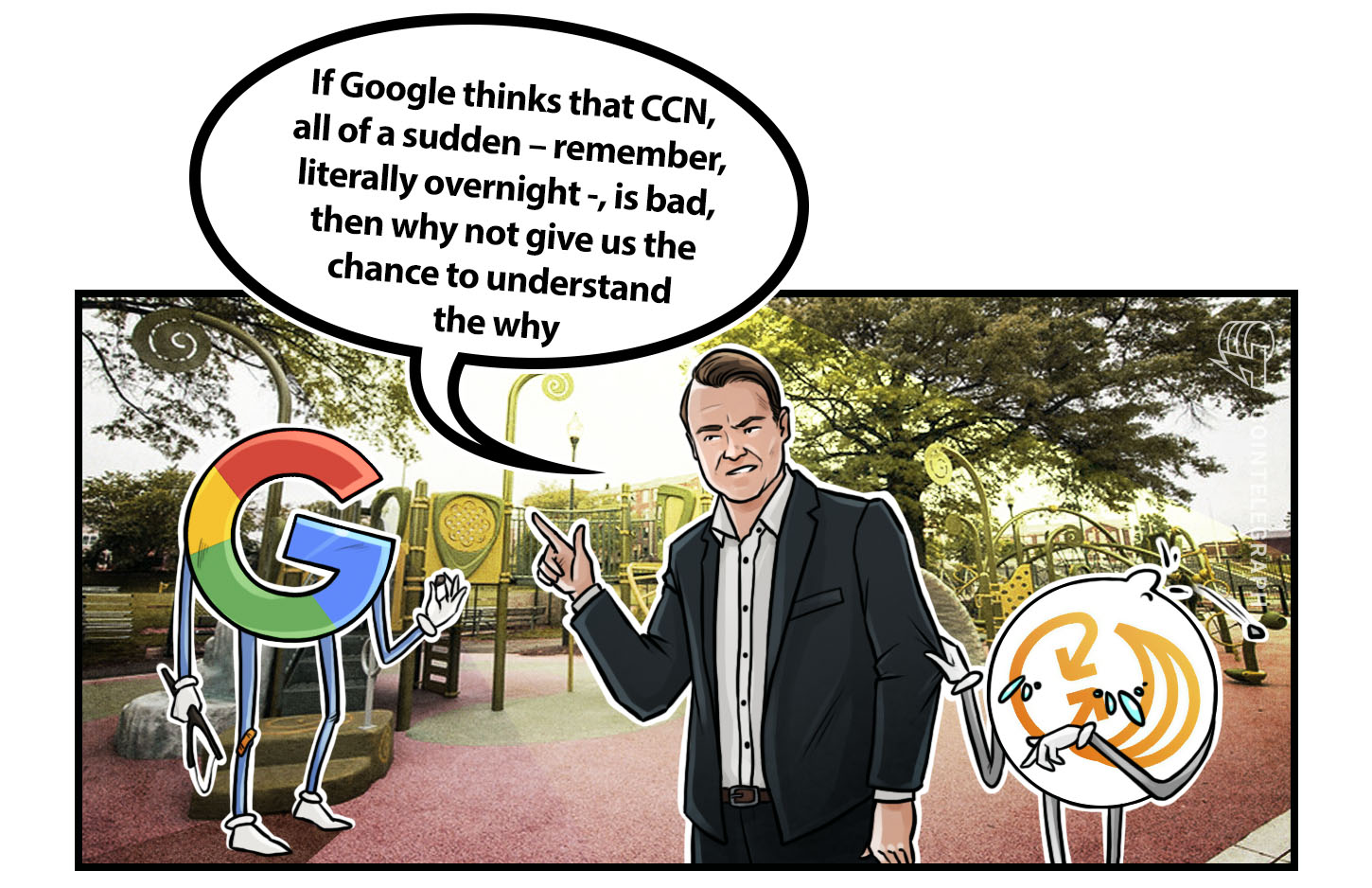 Safe space: A guide to special economic zones for crypto, from China to Switzerland

Cointelegraph takes a look at the types of special economic zones for cryptocurrencies around the world: to some Russian spaces, which seemed to have paused development, to Switzerland’s Crypto Valley, which is not technically a special economic zone, despite its name.

Instant messaging service Telegram and its Telegram Open Network (TON) blockchain have been surrounded in relative secrecy since the project raised $1.7 billion last year. With an exclusive report published on Cointelegraph about the TON blockchain, this analysis goes through the newly revealed TON services in more technical detail for our readers.

Cointelegraph speaks with Mark Karpeles, former CEO of the now-defunct Mt. Gox, about what’s going on with the much elongated creditor process as well as debunking some of the media rumors around his not-new role at Tristan Technologies.

Lucky Day: Discovered $50,000 In a Bitcoin Donations Wallet From 2012, Now Looking To Donate It