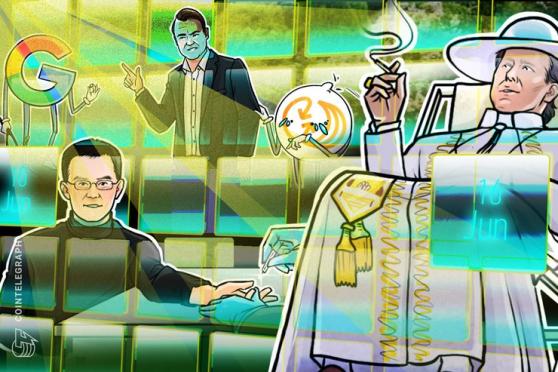 CCN casts doubt on shutdown plans as Google (NASDAQ:GOOGL) appears to correct visibilityCryptocurrency news outlet CCN (formerly CryptoCoinsNews) is apparently not going through with its total shutdown, as reported earlier this week. The outlet had previously posted a note that a recent Google Core Update had led to a more than 70% visibility drop on mobile overnight, leading the organization to decide to shut down rather than downsize. However, an update this week from CCN Markets Director Jonas Borchgrevink notes that, for an unexplained reason, the crypto outlet’s old domain name, CryptoCoinNews, has been showing up with new 2019 articles on Google, leading the team to decide to keep working. Theories about the visibility drop, which affected other news outlets, have ranged from it being a block of clickbait titles or a ban on conservative outlets by an allegedly “liberal” Google.

U.S. residents will lose access to many altcoins on Binance starting in SeptemberUnited States residents who use major crypto exchange Binance will lose trading option access for many cryptocurrencies when the exchange puts into action its updated terms of service this September. As reported this week, Binance updated its terms of service to include trading on the platform for U.S. residents, a change that comes shortly after its announcement of a U.S.-exclusive fiat-to-crypto exchange. According to a table created by CryptoPotato, there are a number of cryptos that will no longer have a trading outlet in the U.S., as well as several tokens that will be listed on only one exchange after Binance closes for U.S. residents. However, veteran cryptocurrencies — including XRP, DASH, XLM, ETC and ZRX — will still be listed on four or more other U.S. exchanges.