Per the announcement, the newly-released BEP2 token will be traded on Binance and will also be available on its decentralized counterpart Binance DEX. Furthermore, this asset is one of a series of cryptocurrency-pegged tokens which the company intends to launch on Binance Chain.

The post states that BTCB are 100% backed by bitcoin, with the reserves easily visible as they are recorded on the public blockchain. Binance noted that using bitcoin as a backing asset for the new token allows for more convenient audits, as the wallets are available to anyone through the public blockchain explorer:

“The blockchain offers a much easier way to audit a crypto reserve than a traditional bank balance tether.”

On Binance, the token will be traded against BTC, allowing users to exchange BTCB for the native asset to which it is pegged.

Furthermore, Binance says that an increased selection of tokens on the decentralized exchange will result in increased volume and liquidity. Still, the company admits that such an approach compromises decentralization:

“While this approach is more centralized than atomic swaps, we believe it provides a higher degree of ease-of-use to most traders. And most traders are already trusting Binance.com to hold their funds anyway.”

In an apparently related tweet earlier today, Binance CEO Changpeng Zhao announced that the exchange was about to move 9,001 BTC. In another tweet he posted hours later, Zhao seemingly confirmed that the transferred funds are meant to back its bitcoin-backed token: 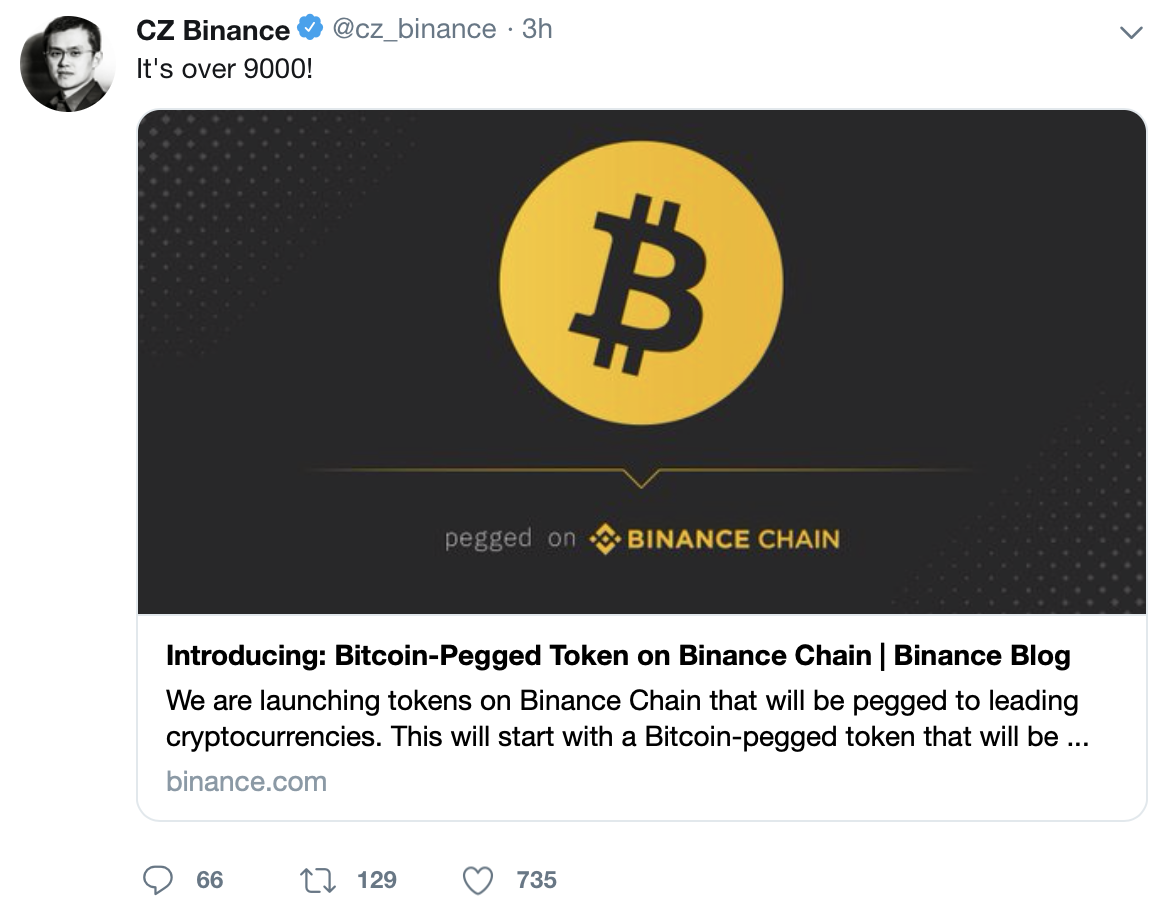 As Cointelegraph reported at the beginning of June, Binance DEX will block website access to users based in 29 countries, including the United States.