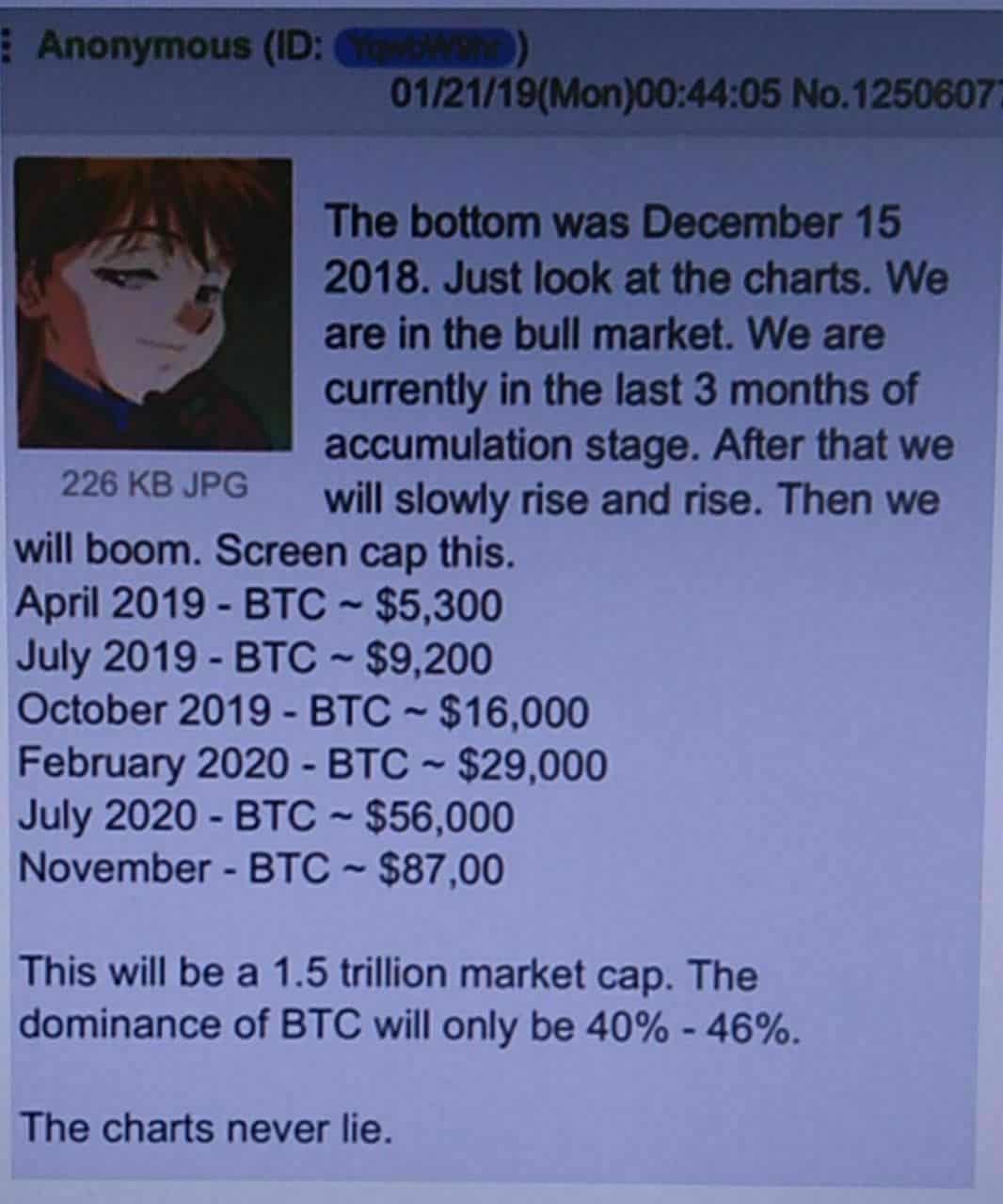 The analyst starts by stating that we are already in a bull market – but bear in mind that he had posted this on 01/21/19 – so he had already noticed the bull market forming very early in the year. He went on to state that we are in the last 3 months of accumulation – this would have been January, February, and March – and after this, we should see Bitcoin slowly rise and then boom.

Well, it seems that so far, his prediction is pretty accurate. We did reverse the previously bearish market during mid-December 2018 and began the bullish market as he had formulated his analysis post. We then went on to see 3 months of accumulation during January, February, and March until Bitcoin started to pop in April and continue to rise higher.

The last part of his analysis stated that after the slow rise we would see a “boom”. It seems that the boom may be about to start as Bitcoin has already reached the analyst first two predictions of $5,300 by April 2019 and $9,200 by July 2019.

His next prediction is that Bitcoin will reach a total of $16,000 by October 2019. This is a bit of an extreme prediction which will require the bullish market to continue throughout the rest of the summer. Bitcoin will need to increase by a total of 72% from the current price to reach the $16,000 target level by October. Considering the fact that Bitcoin has surged by a total of 127% over the past 3 months alone, it is not too outlandish to suggest that it can continue to reach $16,000 by surging another 72%. 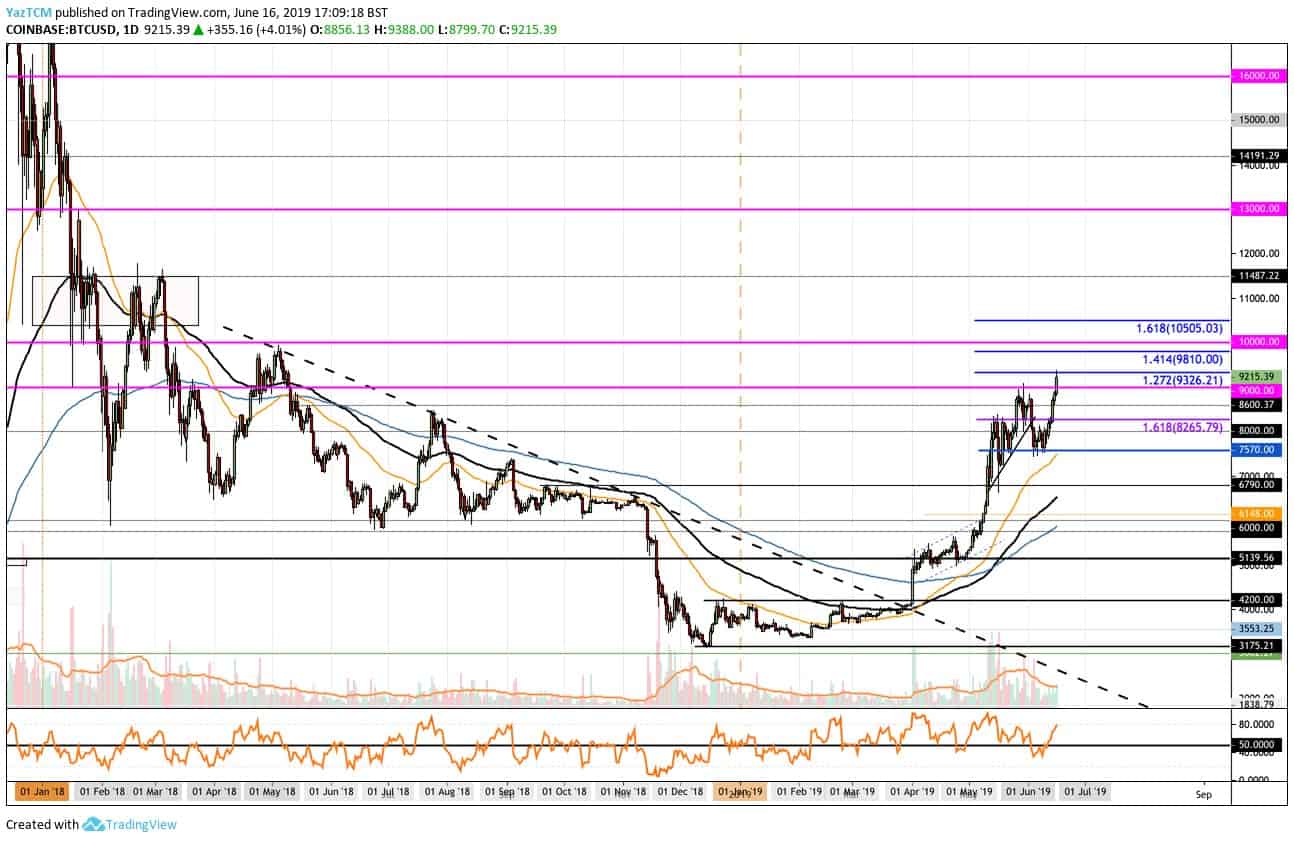 We can also see that during March 2019, price action had managed to break above a long term bearish trend line which had marked the end of the previous bearish cycle and the start of the new bullish run. Bitcoin had then gone on to create a high above $6,200 which had officially marked (by traditional financial market definitions) the start of the bull period as price action had risen 2x from the December 2018 bottom at around $3,100.

This anonymous analyst’s predictions, that were posted in early January, have played out remarkably accurately which can lead to us to grant some form of credibility to his future analysis. However, the analyst does get a bit extreme for his 2020 predictions as he believes Bitcoin will reach $56,000 by July 2020 and $87,000 by November 2020.

Whichever way it plays out, the analyst has certainly done a very good job so far with his predictions.