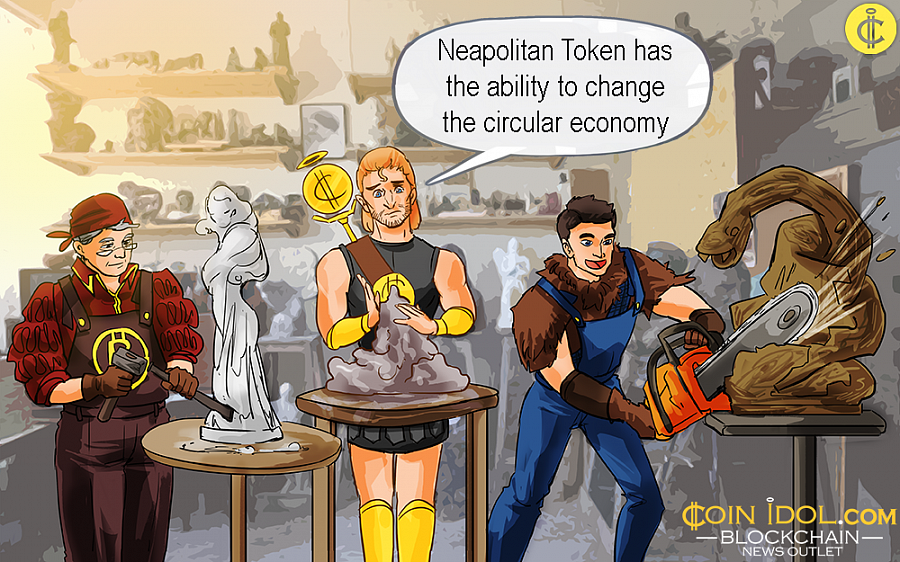 As Italy continues with its vision of being Europe’s innovation and technology hub, the Municipality of Naples has made a resolution on Blockchain and Cryptocurrency. Now, the crypto community is eager to see how this project will continue to grow. Various accountants, universities, the CNR and many other giant institutions joined this project. The tenacity was received with amusement, but the city of Napoli has proved for another time that it is ahead of the others in integrating law and economics, finance and social participation.

The city has managed to put in place a system of transparency and traceability like the Blockchain, and further launched Neapolitan Token which has the ability to change the circular economy: before long, the experimentation and trialing will commence with around 100 users and later it will focus to go for the full capacity, according to the City Mayor Luigi de Magistris.

In mid-December last year, Mayor Magistris was seen buying a piece of pizza at Neapolitan Pizzeria using
Bitcoin, a thing that showed optimism among Italy’s top leaders towards blockchain and cryptocurrency businesses.

According to the Vincenzo Moretta president Odcec, Naples regards itself as an innovative city in the Italian and European economic, financial and social scenario. The city will always embrace innovations that can help people transform their lives and the economy at large. In fact, the Neapolitan one is a city keeping pace with the times and with a philosophical vision on the future. The potential in blockchain technology could not make the accountants to miss their contribution to a very pushy project.

Accountant Antonella La Porta also revealed that the synergy between public administration and the world of professions is a significant novelty that allows Italian citizens to continue on common issues with common contributions both technical and scientific, logistic and cultural. Every individual residing in the Nepal city must try to preserve, promote and cultivate it.

Educated people, including the accountants, must accompany businesses, institutions, governments and companies to comprehend the opportunities for economic development. Blockchain technology, Bitcoin and Cryptocurrency are realities that need to be properly regulated by the Italian tax authorities.

Actually there are many scenarios where accountants can apply this technology. Blockchain is a tool of transparency and legality: often, today, the accountant to verify data flows needs to get new tools and in this logic it is essential to work together with other professionals in the field.

The technological innovations will need to be supported by structural skills in the near future. In our daily life, innovation means a lot of things including governance, however, Blockchain cannot exist without the right skills and human resource. The government needs to invest in human capital if it really wants to achieve a steady progress.

Appetite for Blockchain Tech Builds Among Korean Banks, but Without Crypto

Over $9.2Mln XRP on the Move After GateHub Exchange Hack