Even though the bear market has yet to let go of the crypto space, there are several signs that it is weakening when compared to its strength in 2018. Everyone was hoping to hear the positive news in 2019, and while this may not be a rally such as the one in the second half of 2017, it is certainly a very good start.

One of the best examples that the bear market is slowly losing its grip is TRON (TRX). The coin is known for blowing up in 2018, at least when it comes to popularity, awareness, and development. Meanwhile, the Tron price continued to drop since January 2018, which has only started to change recently, and rather discreetly.

As mentioned, TRON has been losing value since January 2018, and no matter how successful it became throughout the same year — nothing was affecting its price in a positive way. An argument can be made that TRX value would have dropped even further down if the coin did not have such a successful year, but that is something that cannot be known with certainty at this point.

However, things started to change for TRX in late November, especially around November 27th. This was when TRX hit its lowest point in the year, with its value dropping to $0.011394. After that point, however, TRX started experiencing a discreet rally, which still lasts to this day.

The increase was not a straight line, and it spans over nearly three months, but it is clearly visible when looking at TRX performance. Slight drops followed periodically, but they were always replaced by an even bigger growth. Only a single month after its lowest point, TRX was back up to $0.020282.

Two weeks after that, on January 10th, TRX hit its highest point since mid-August by climbing up to $0.031726. Its price sharply corrected itself by dropping to $0.021 only days later, but immediately after that, it started surging again, until TRX reached $0.0303 only two days ago, on January 27th.

Right now, TRX is experiencing slight drops once again, and it is not alone. The entire market has been losing value in the last two days, with the price of TRON currently being at $0.026393, after a 4% drop in the last 24 hours.

Will the TRX surge continue?

Meanwhile, TRON’s team, led by the coin’s creator, Justin Sun, continues with the development of Project Atlas which is centered around BitTorrent. Apart from this, TRX has had numerous other successful moves in 2018, and it launched a TestNet, a MainNet, it moved its tokens from Ethereum network to its own, native blockchain, and it entered more partnerships with wallets, exchanges, and companies than anyone can remember.

However, in 2018, its price failed to reflect the coin’s success, as the bear market did not allow it. It is possible that the situation is changing and that TRX is maturing right now. Its growth was certainly slow and steady, filled with ups and downs, instead of a quick rise to the top followed by an equally quick drop as seen in late 2017 and early 2018.

Whether this will continue or not remains to be seen, but considering TRON’s behavior in recent months, its price will likely continue its steady growth that long-term investors have been waiting for. 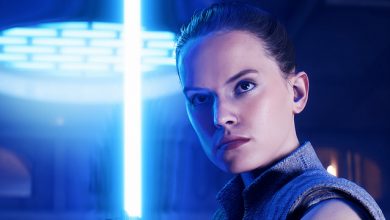