Thursday, June 13 — Top cryptocurrencies bitcoin (BTC), ether (ETH), and ripple (XRP) are all still in the green, seeing minor gains since yesterday. The market as a whole is mostly trading sideways. 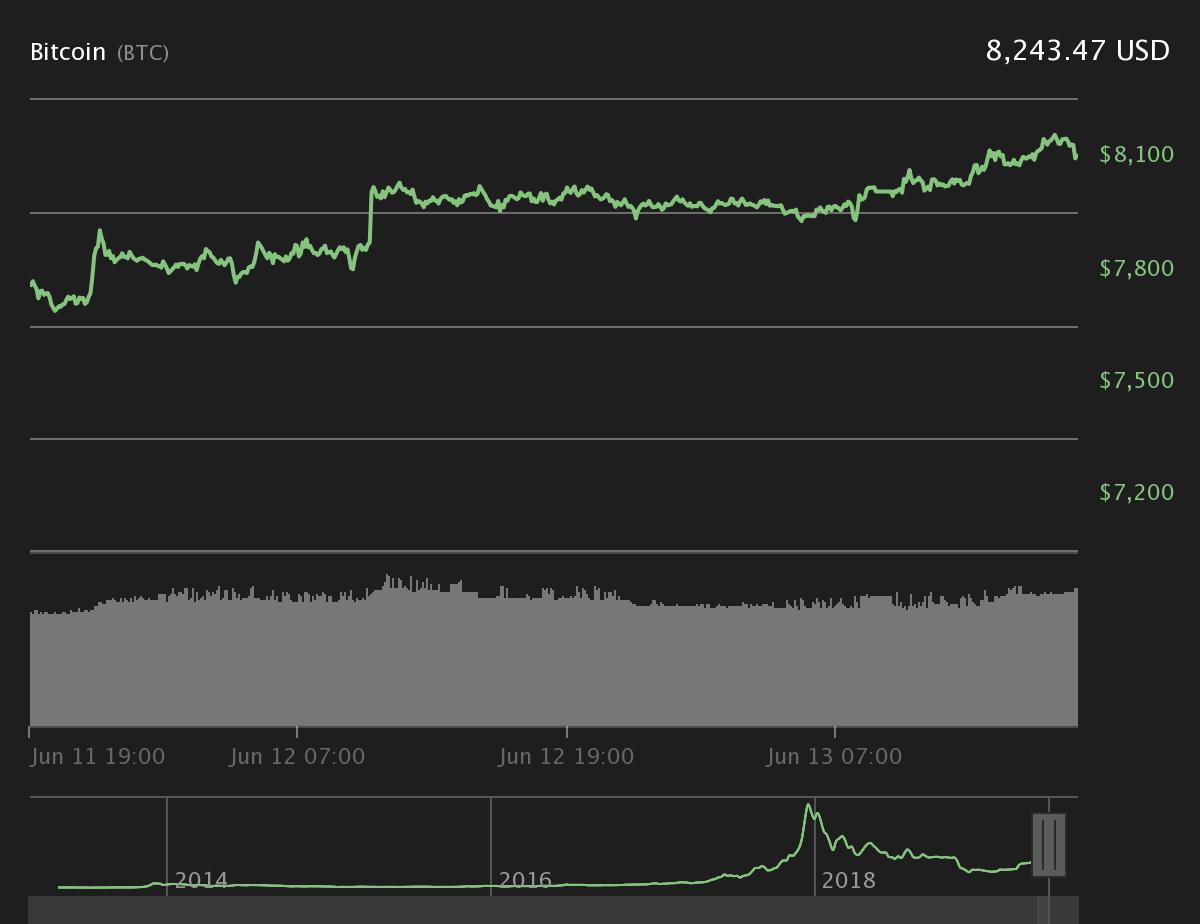 The top altcoin and number two cryptocurrency, ether, is trading sideways, seeing 24-hour losses under 1% at press time. The coin is trading at $255.92. 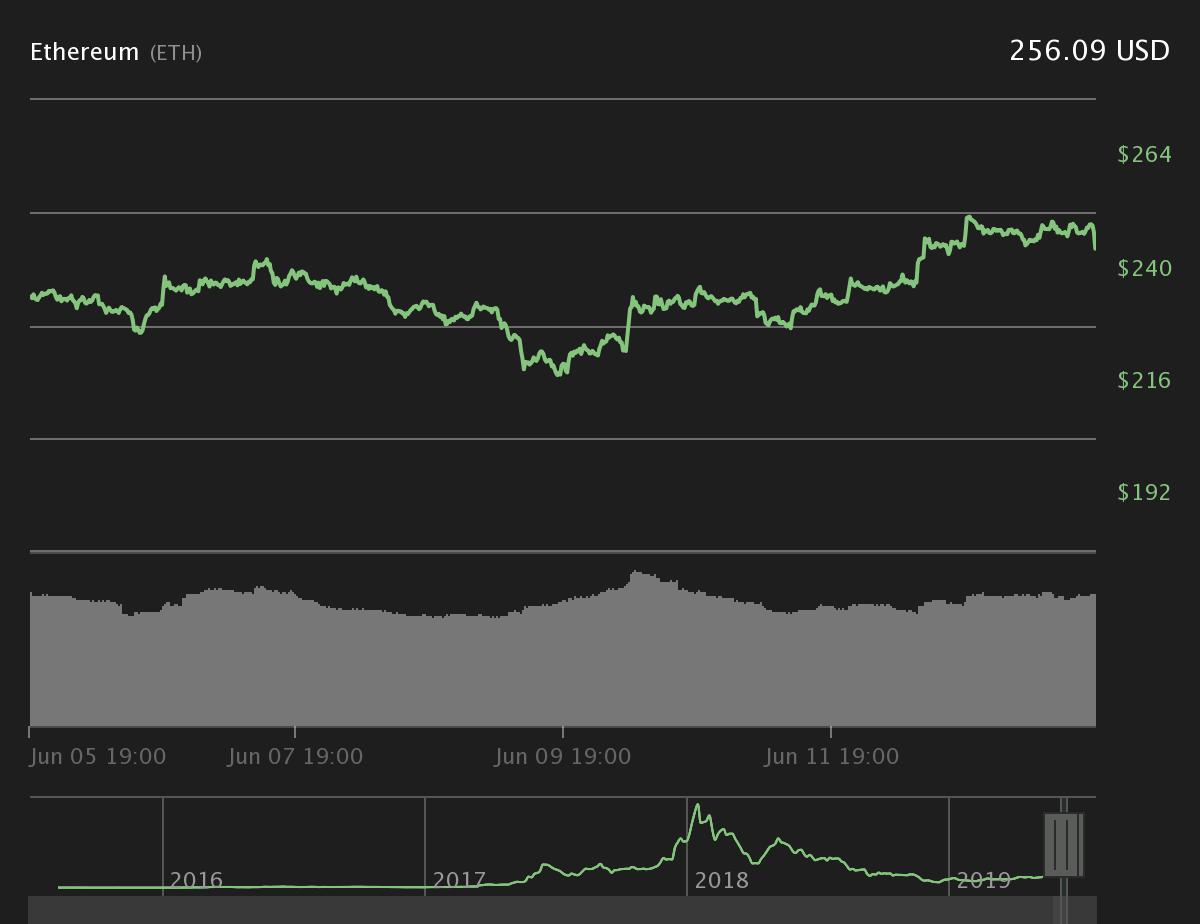 The third cryptocurrency by market cap Ripple’s XRP has also seen a steady price on the day, seeing only about a 0.51% increase in price. It is currently trading at $.401. 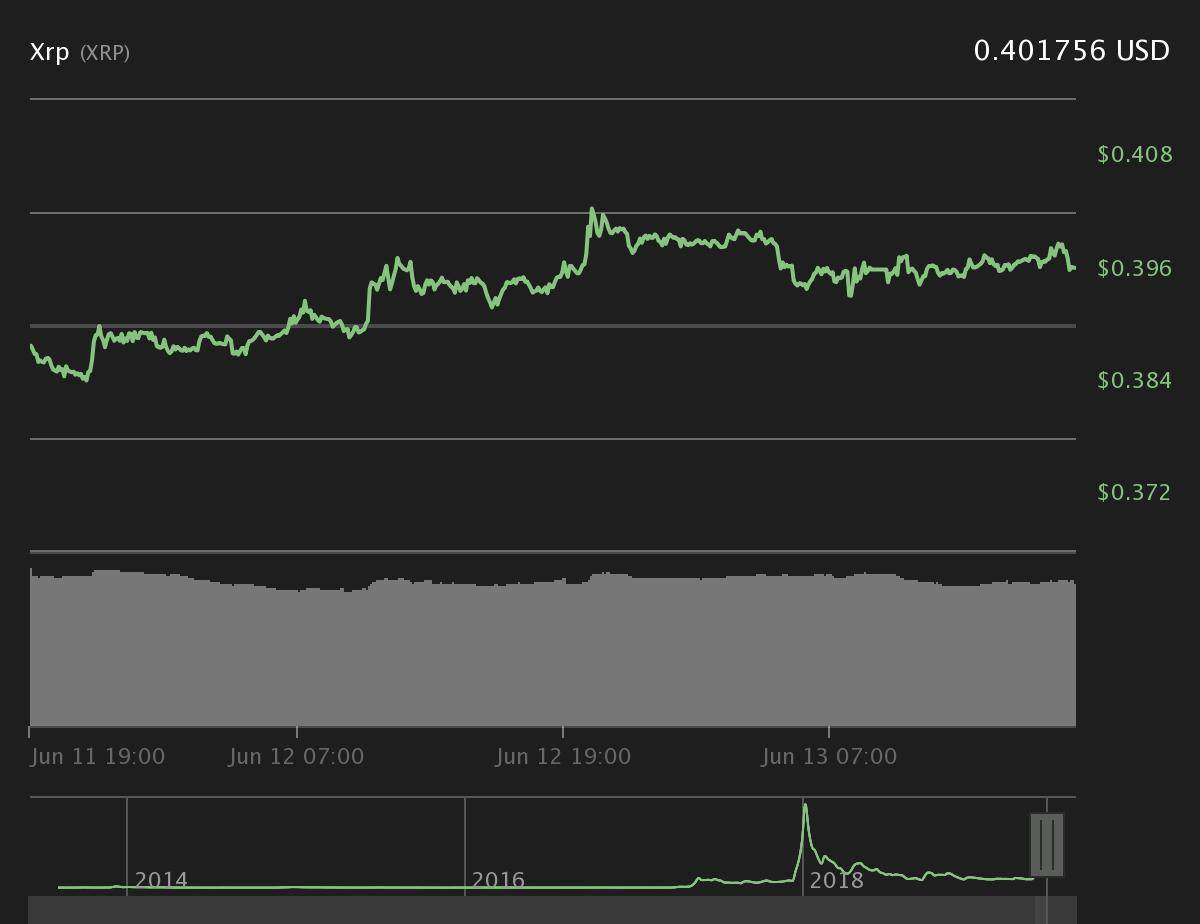 Among the top ten cryptocurrencies, both bitcoin cash (BCH) and its fork bitcoin SV (BSV) have managed to make reasonable gains, up 5.38% and 10.82%, respectively. Cardano (ADA) meanwhile, has registered losses of over 5% to trade at $0.09 at press time.

Total market cap of the top 100 cryptocurrencies is currently $257.5 billion, according to the data on Coin360’s summary table.

As previously reported by Cointelegraph, the CEO of blockchain venture capital firm Digital Currency Group, Barry Silbert, believes that the crypto market is about to transition from winter to spring.

Silbert commented earlier in February, however, that he thought most digital tokens would lose their value eventually. He claimed that most tokens introduced via initial coin offerings (ICOs) actually had no solid use to take advantage of.

According to data provided by MarketWatch, major stock indexes appear to have performed similarly to crypto assets today on the whole, with the Dow, the S&P 500, and Nasdaq closing with minor gains of 0.39%, 0.41%, and 0.57%, respectively.