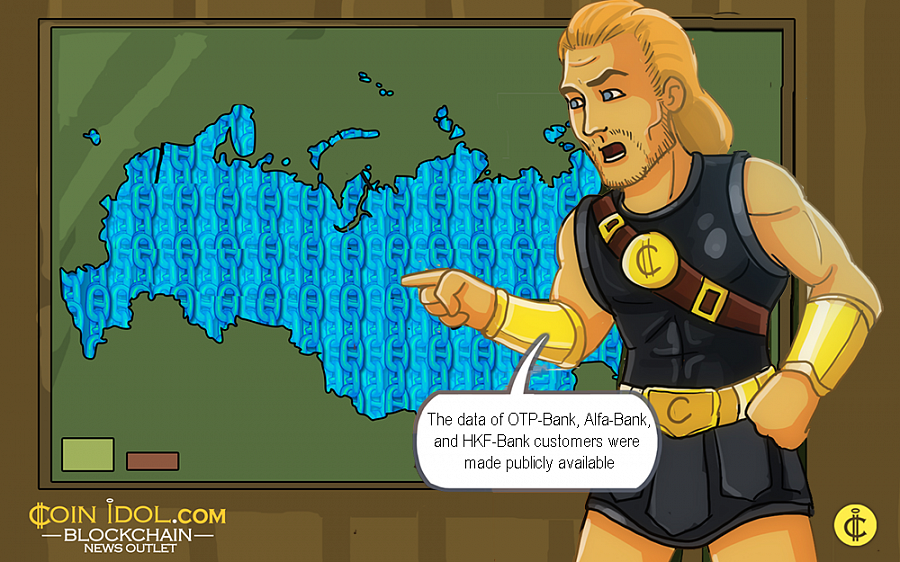 Blockchain regulation in Russia is still in turmoil, as the technology was proposed to be banned by politicians. However, if implemented properly, it could have prevented a massive leak of personal data from 900K clients of three major Russian banks that happened recently.

The data of OTP-Bank, Alfa-Bank, and HKF-Bank customers were made publicly available. The leak generally affects the interests of approximately 900,000 Russians, whose names, phone numbers, passports and place of work can now be recognized by anyone who wants to do so. The data collected several years ago was disclosed at the end of May, but a significant part of the information remains relevant.

Apparently, the person who deliberately gathered these databases was either an insider or found those who could steal them. Judging by the fact that the bases are outdated, they were most likely used in a narrow circle, and when they no longer needed, they became public. Now, the people who figure in these bases may become victims of a wide range of banking fraudsters.

Considered one of the most revolutionary technologies among fintech industries, Blockchain has earned a lot of popularity. People admire it for the ability to enhance transparency, reduce costs, increase efficiency, provide a high level of security and so on. The last point has become very important for many businesses in the framework of the whole world. Companies may use blockchain as a wonderful alternative to cloud and server data storage, preventing any leakages in the future.

Russia has not taken any serious actions towards the regulation of fintech field. Opinions in the State Duma and other governmental institutions on the further development of the area turned to be totally different. At the end of May, the governor of Nizhny Novgorod Oblast Gleb Nikitin revealed the researches of blockchain-based app
Gorod N, that enables people to distribute their own taxes amongst the categories of budgetary expenditures. At the other hand, the State Duma member Nikolai Arefyev strongly recommended
banning cryptocurrency, which is powered by blockchain technology. Bitcoin and altcoins were dubbed speculative instruments that should be outlawed in every part of the world.

Who is the Real Creator of Bitcoin?