June has so far been unkind to the cryptocurrency market which lost about $20 billion of its total capitalization. This marks a decrease of about 7.5 percent, as the market is currently valued at around $250 billion

Bitcoin (BTC) broke down to below $8,000 in a sudden negative move and it has so far proven to be unable to break back above the strong resistance. Since the beginning of the month, BTC dominance has decreased by roughly around 1%, which signals that the altcoins have managed to gain some strength.

With this said, we’ve decided to take a look at some of the altcoins that will be interesting to monitor throughout this month.

Binance Coin (BNB) remains one of the most interesting cryptocurrencies to watch and that’s probably going to stay like that for quite a while. The native currency of the world’s leading crypto exchange is down about 8.5 percent in the past two weeks. However, its year-to-date performance remains remarkable. It’s managed to increase by 400 percent in value since January 1st. 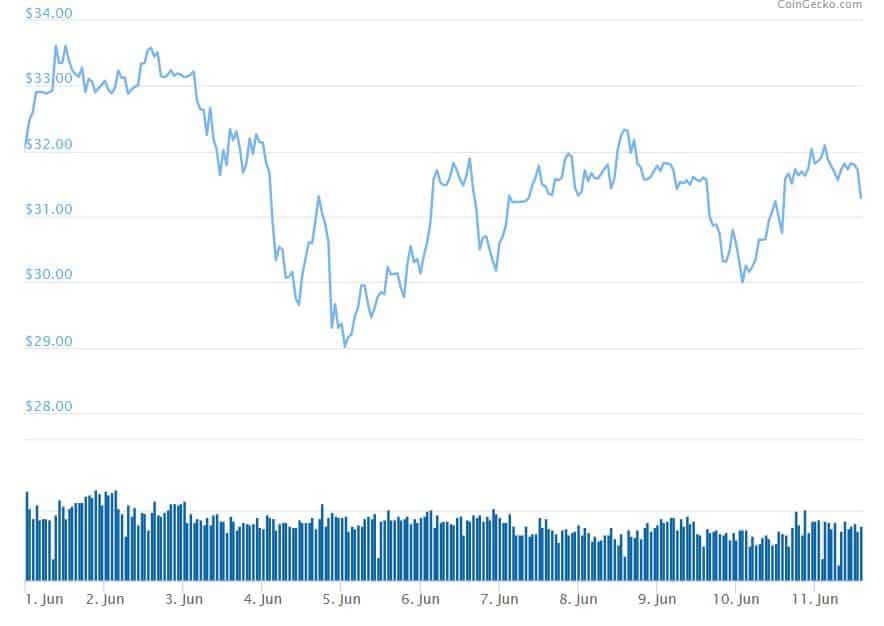 The reasons for which BNB is interesting to watch out for is because we can see constant developments coming from both Binance and Binance Chain which add more utility. Let’s also not forget the fact that the next IEO is likely to be announced sometime this month, meaning that we’re likely to see another wave of buyers of BNB in an attempt to participate in the Initial Exchange Offering to come. Moreover, Binance is also doing quarterly burns of BNB, which reduces its circulating supply. This is another reason for which its price could continue to appreciate in the future, given the demand remains the same or increases.

Litecoin is also a very interesting altcoin to watch out for during this month. As Cryptopotato reported, Litecoin’s halving is just about 55 days away from now. This is a landmark moment in the network’s cycle as the block reward and the overall supply of LTC on the market will be slashed in half. 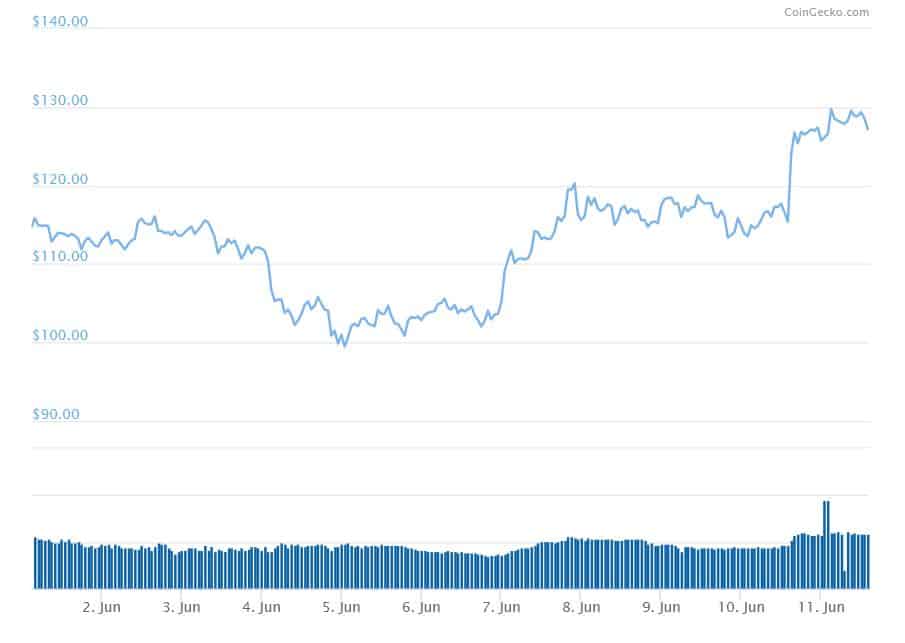 As seen on the chart, LTC has had a great month in June so far. It’s up more than 13 percent. Its year-to-date performance is even better, as the cryptocurrency surged more than 330% against the USD. With such a major event coming in relatively soon, it’s definitely exciting to see what’s going to happen.

Just a few days ago, Cryptopotato reported that Bitfinex’s LEO token is up 70% since its private sale. Today, the total gains amount to 90 percent as LEO is currently trading at around $1.90, sitting at a market capitalization upwards of $1.9 billion. 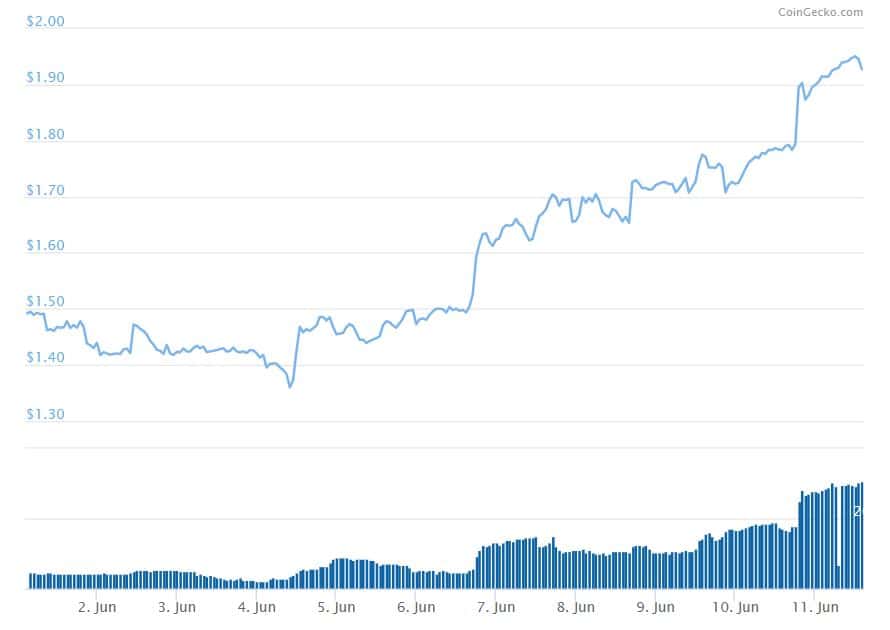 Looking at the chart since the start of June, we can see that the month has been nothing but good for LEO. It’s up almost 30 percent since the beginning of June alone, marking 8 percent gains on the day as well.

With the repurchase and burn schedule which is put in place, as well as the expected growth in utility for the token, means that we have quite a lot to see on this front. Of course, it’s anyone’s guess whether LEO will continue to appreciate in price, but it seems that the mechanics are there for this to happen.

Ripple (XRP) is currently the third largest cryptocurrency by means of market cap. Its price performance throughout 2019 has been somewhat lacking, failing to pursue the gains which most of the top projects saw during the same period. 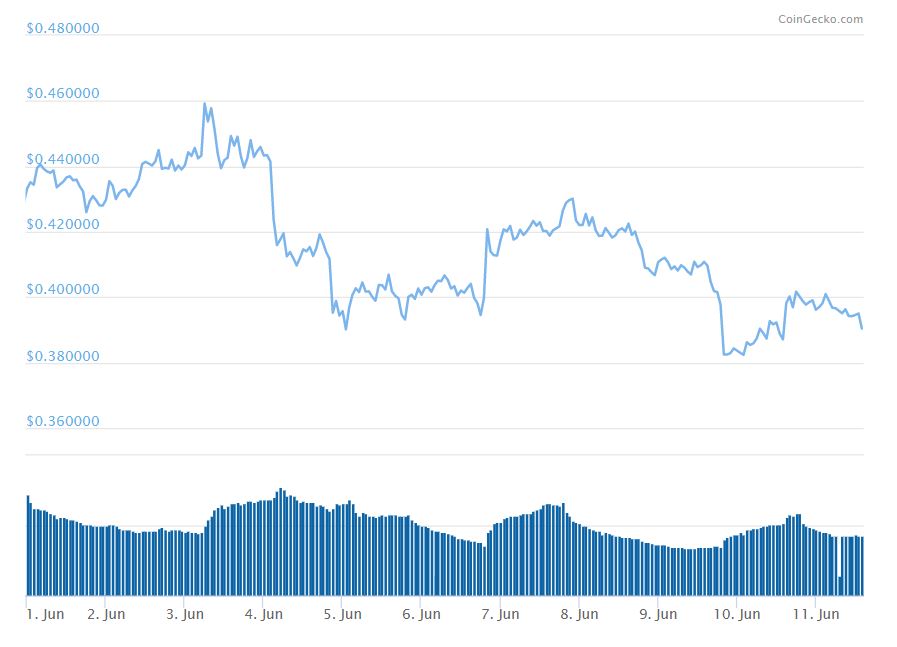 However, as Cryptopotato reported, XRP rebounded off the strong support at around $0.3790 and attempted to break the resistance at $0.40 yesterday. So far, it failed and the price has dropped slightly to the range of around $0.388 with a slight decrease of about 2.6% on the day.

June also saw the cryptocurrency depreciate in value as XRP has so far lost a little more than 10% during the month.

However, the fact that XRP was lacking behind is also what’s making it very interesting to follow. Should it manage to break through the serious support at $0.40 definitively and with volume, it has a lot of room for very serious gains going forward. With Ripple constantly announcing new partnerships and developments, XRP will definitely be one of the cryptocurrencies worth watching in June.

TRX is currently sitting on a market cap of slightly more than $2 billion and is the 12th largest project in this regard. During 2019, TRX increased by about 60 percent so far. At the time of this writing, it’s trading at around $0.30 which is a slight 2% decline in the past 24 hours. Looking at its performance since the beginning of June, we can see that TRX managed to hold its ground and it’s trading at the same price as in the beginning after a notable price increase in the first few days. 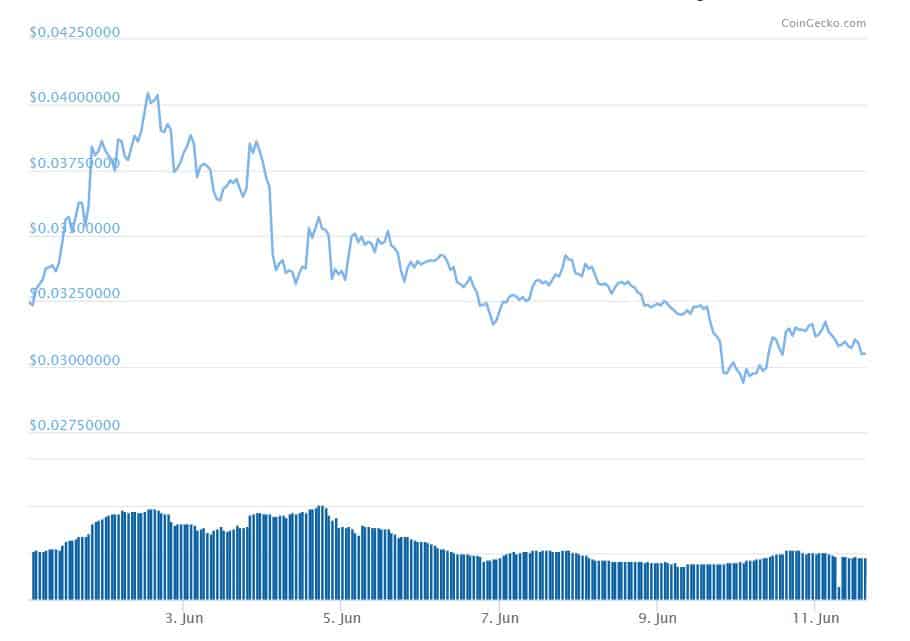 One thing that can’t go unnoted about TRX, however, is its founder – Justin Sun. He’s known to be particularly proactive online, providing TRON’s community with constant updates on what’s going on.

Sun, however, is also known for going a bit over the line, creating hype around things that simply shouldn’t matter. Most recently, he literally announced an announcement, which contained little to no essential information. Yet, the price of XRP surged 7.35% on the news.

Later, it turned out that his big announcement was that he paid $4.6 million to charity in order to get the chance to sit at a 3-hour lunch with prominent investor Warren Buffet. We have yet to see what will happen during this meeting, but it’s something that puts TRX as an interesting cryptocurrency to follow over the current month.

Recommendations and Information found on Cryptopotato are those of writers quoted. It does not represent the opinions of Cryptopotato on whether to buy, sell or hold any investments. Investors should be cautious about any recommendations given. All investors are advised to conduct their own independent research into individual coins before making a purchase decision. Use information at your own risk.

Bitcoin Surged On The Weekends Last Month – Will The Trend Continue In June 2019?